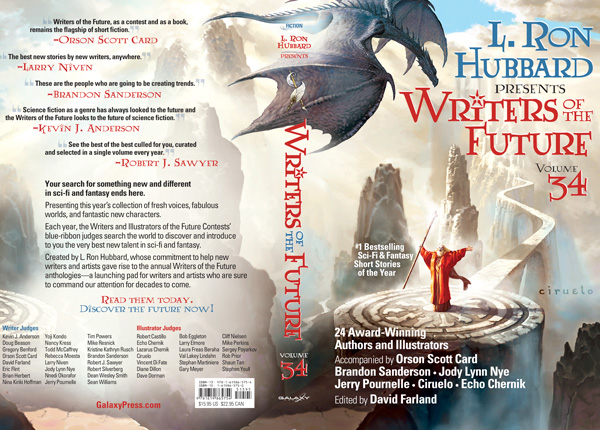 “Illustrators of the Future” by Echo Chernik

“Odd and Ugly” by Vida Cruz
Illustrated by Reyna Rochin

“The Lesson” by Brandon Sanderson
Illustrated by Bea Jackson

“Paying it Forward” by Jerry Pournelle

“What Lies Beneath” by Cole Hehr
Illustrated by Maksym Polishchuk

“Flee, My Pretty One” by Eneasz Brodski
Illustrated by Alana Fletcher

“Passion and Profession” by Ciruelo

“A Bitter Thing” by N.R.M. Roshak
Illustrated by Jazmen Richardson

“The Year in the Contests”