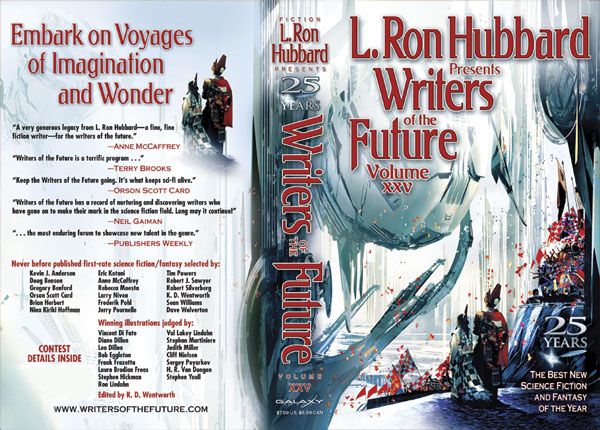 The twenty-fifth anniversary of the Writers of the Future Contest—a landmark, commemorating a quarter-century of helping new writers. The Awards ceremony was held on Saturday, August 29, 2009 at the Blossom Room of the Hotel Roosevelt in the heart of Tinseltown: the same room that hosted the very first Academy Awards. The Writers and Illustrators of the Future workshops were also held in Hollywood at Author Services, Inc.

The event began with a lavish and spectacular interpretive dance symbolizing the creative spirit. Guest speakers included Dr. Harry Kloor, about his new animated film Quantum Quest, and Don Hartsell, commissioner and managing director of the World Air League, about the World Airship Race 2011, a worldwide zeppelin race. (And this year’s Gold Award winners were invited to join one of the zeppelins on the journey!) Celebrity presenters included actors Dion Graham, Marisol Nichols, Sofia Milos and John Francis Daley.

The Awards ceremonies were also streamed live around the world over the Internet.

Writers and Illustrators of the Future celebrate twenty-five years with this silver anniversary edition, inspired by these words written by Mr. Hubbard in the inaugural volume, “A culture is as rich and as capable of surviving as it has imaginative artists. The artist is looked upon to start things. The artist injects the spirit of life into a culture. And through his creative endeavors, the writer works continually to give tomorrow a new form.”

And each successive year since the Contests’ inception has served as a testament to the attainment of this objective.

Over 600 aspiring writers and illustrators—professionally published for the first time through the Contests—have seen their works eagerly awaited in each new edition of L. Ron Hubbard Presents Writers of the Future, with many becoming today’s most respected talent.

But, at this time, I would particularly like to acknowledge our Contests’ judges—past and present—as it has been their continued support and dedication that has helped to make these the premiere Contests of their kind in the world. 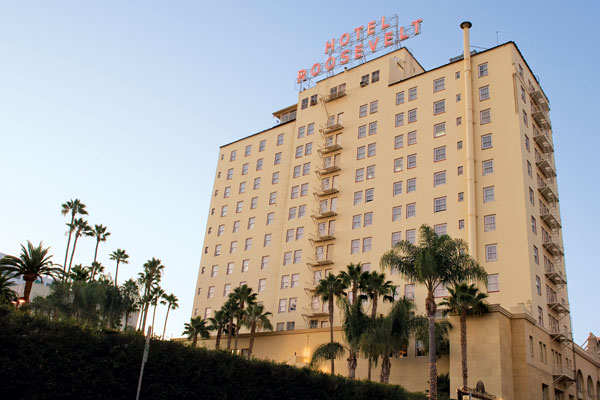 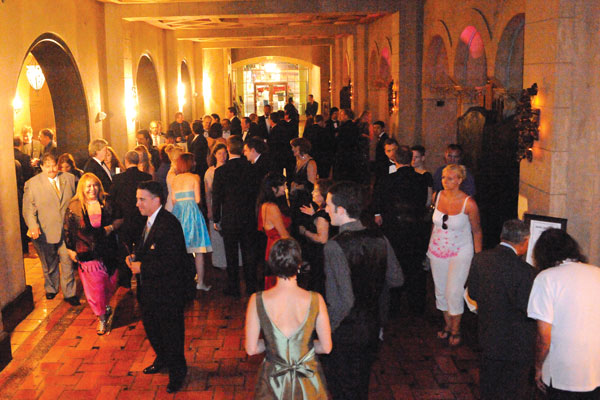 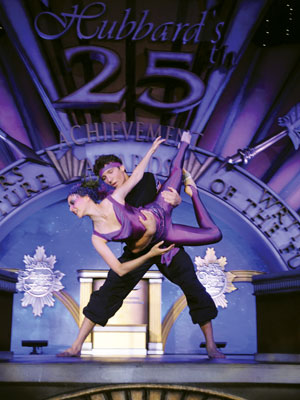 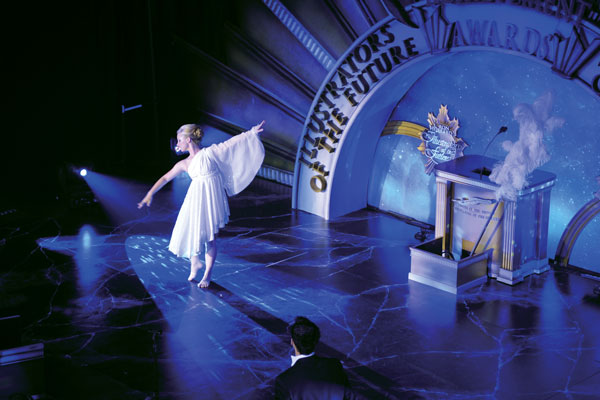 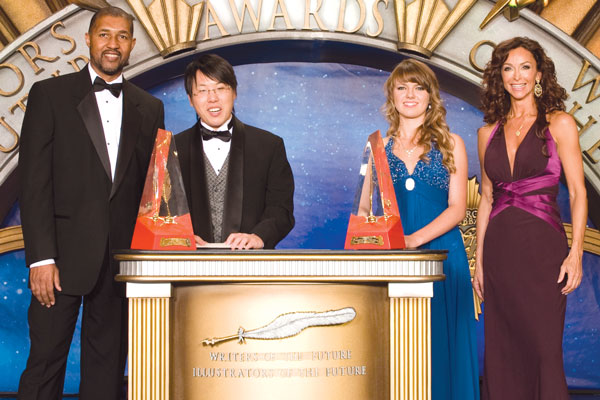 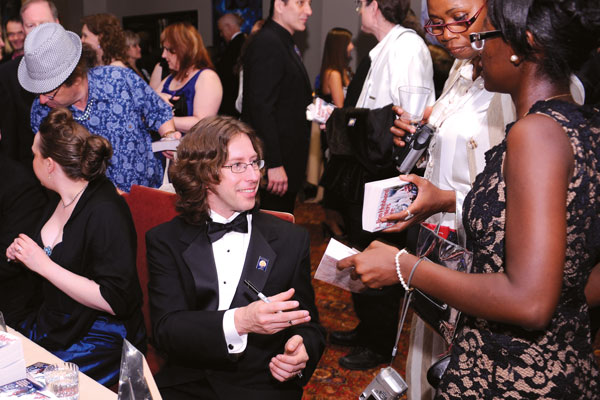 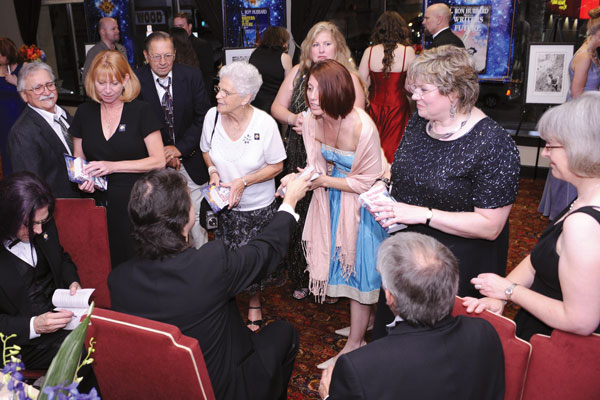 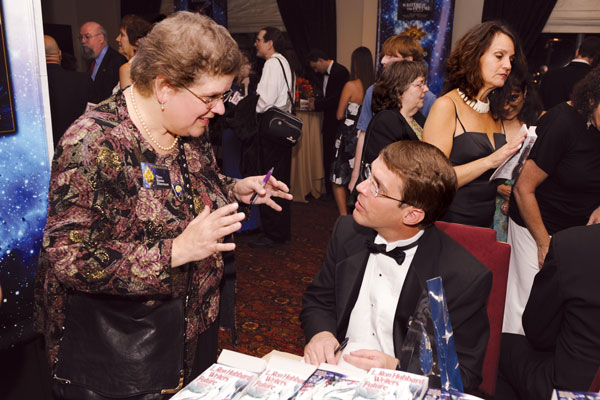 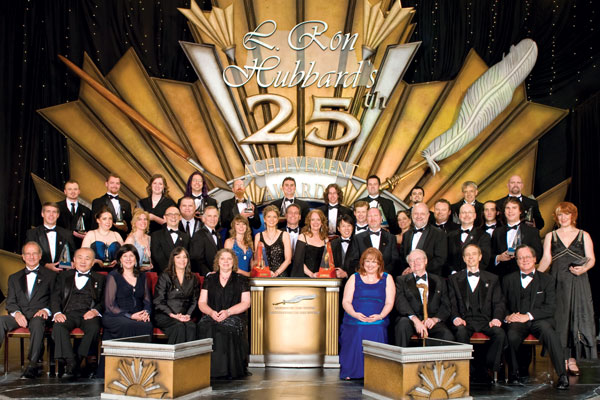 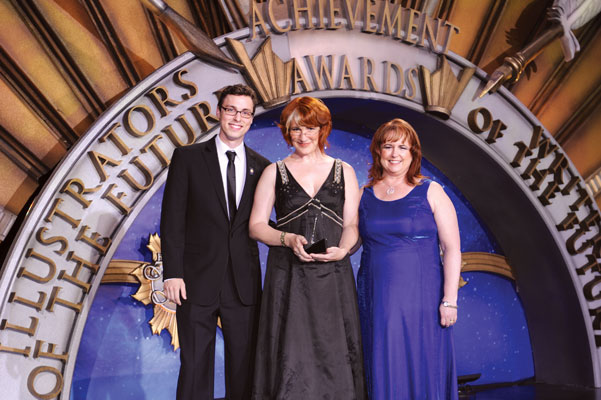 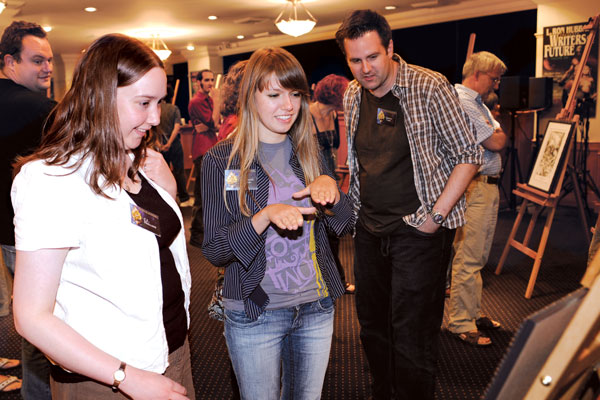