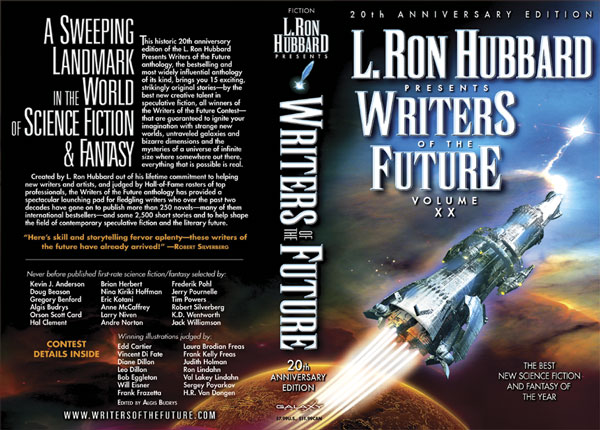 For the Writers of the Future twentieth anniversary, the Awards event returned to the Beverly Hills Hotel in Beverly Hills, California. The celebration took place on Friday, August 20, 2004. The writers’ and illustrators’ workshops were held at the landmark Roosevelt Hotel on Hollywood Boulevard.

Chick Corea kicked off the evening’s festivities with another extravagant performance. Astronaut Story Musgrave, a longtime supporter of the Contest, and actress Sofia Milos were celebrity guests at the Awards. The Writers and Illustrators of the Future received a proclamation from Publishers Weekly that acknowledged the Contest as “the most enduring forum to showcase new talent in the genre.”

Anne McCaffrey, one of WotF’s most dedicated and enthusiastic judges since 1985, received the L. Ron Hubbard Lifetime Achievement Award for Outstanding Contributions to the Arts. On the day after the event, McCaffrey also joined the winners for a book signing at a local bookstore, autographing copies of Writers of the Future Volume XX.

The judges in this year are amazingly prestigious and knowledgeable contributors to L. Ron Hubbard’s original (and still growing) vision. This has been true from the very beginning, though some names are, sadly, no longer with us and others, happily, have stepped forward to take their place.

We have been pleased to welcome judge Brian Herbert to our stellar panel of judges for the L. Ron Hubbard Writers of the Future Contest.

Sadly, Hal Clement has been taken from us and from SF in general.

The enterprise goes ever forward, and the authors and illustrators in this volume will, in due course, take their firm place in the history of speculative arts. 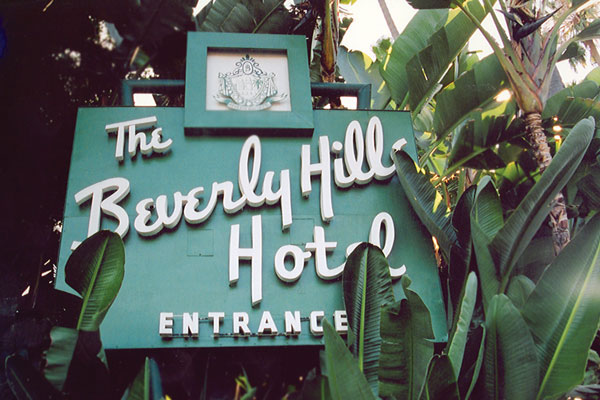 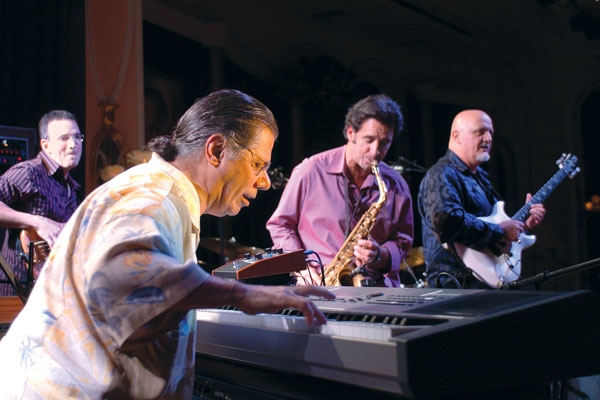 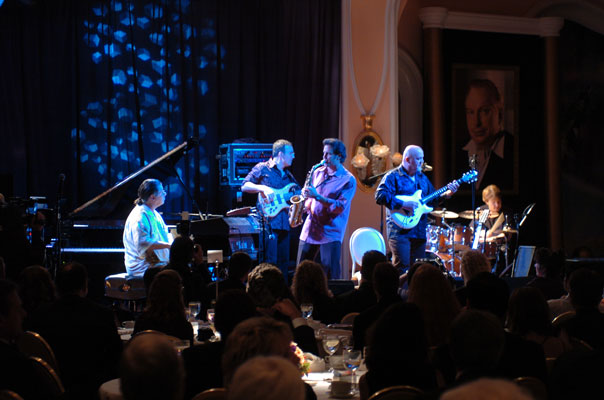 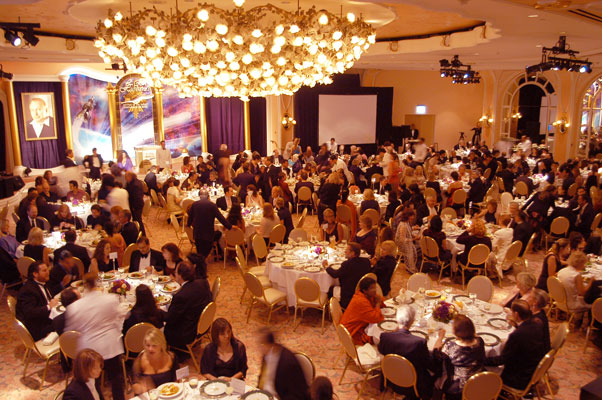 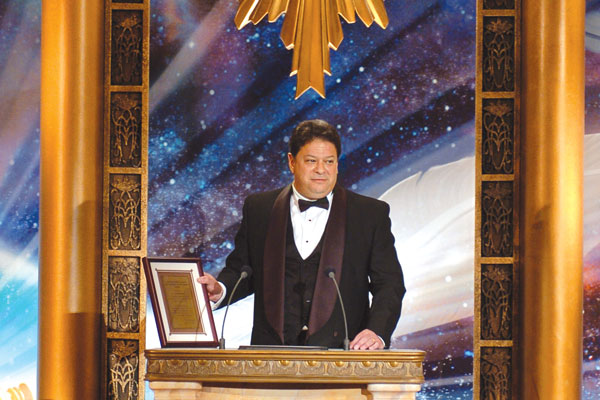 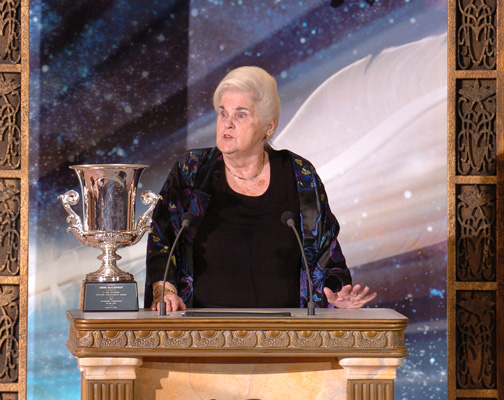 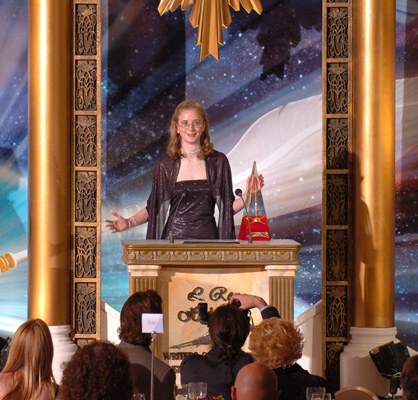 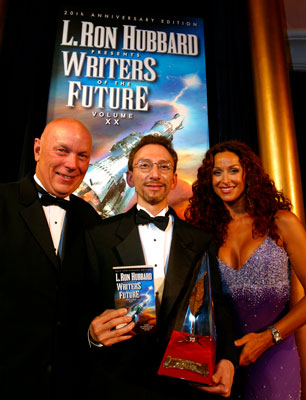