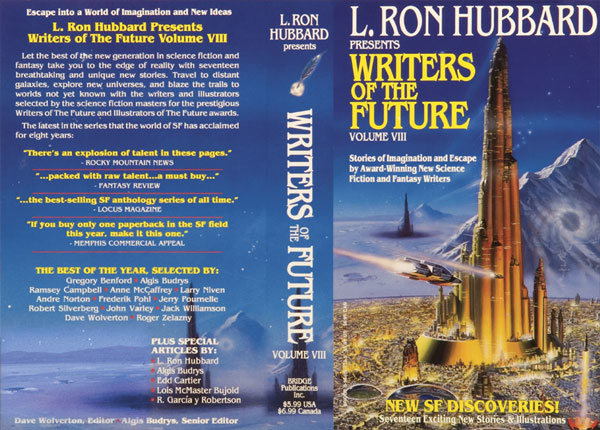 “The Winterberry” by Nicholas A. DiChario
Illustrated by Matthew Stork

“Naming Characters and Why” by Algis Budrys

“The Coat of Many Colors” by Christine Beckert
Illustrated by Evan T. Thomas

“Notes to the New Artist” by Edd Cartier

“Getting Started” by Lois McMaster Bujold

“Not Simply Blue” by Gene Bostwick
Illustrated by Allen Koszowski

“Write from the Heart” by R. Garcia y Robertson

“The Augmented Man” by Wendy Rathbone
Illustrated by Thomas Whittaker

“More Than a Contest” by Dave Wolverton

“A Note” from Frank Kelly-Freas