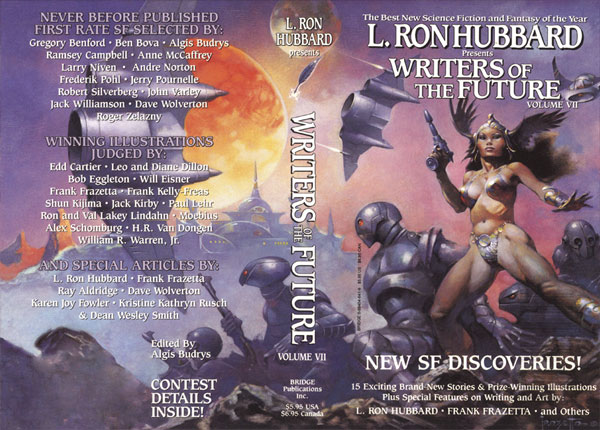 The seventh annual Awards ceremony was held on Thursday, August 8, 1991 at the Roosevelt Hotel in Hollywood, California; the Roosevelt would serve as a hub for the Writers and Illustrators of the Future three times over the first twenty-five years. The workshops for both the writers and illustrators were held at Author Services, Inc., in Hollywood, a venue that would frequently host the workshops.

Among the judges in attendance were Jack Williamson and Roger Zelazny, as well as special guests Julius Schwartz (long-time DC Comics editor) and illustrator Bob Kane, the creator of Batman.