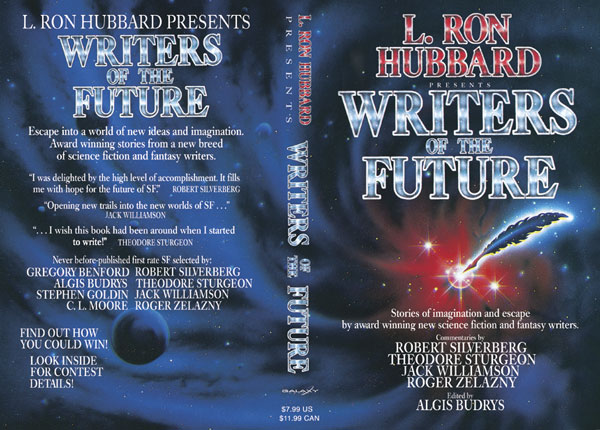 Algis Budrys remembers the event: “We met in a side room of Chasen’s restaurant to celebrate the conclusion of the first year of L. Ron Hubbard’s Writers of the Future Contest.

“It seems barely credible now. We had twelve writers—among them Leonard Carpenter, Karen Joy Fowler, Nina Kiriki Hoffman, Dean Wesley Smith, Mary Frances Zambreno and David Zindell, none of whom were household names at all.