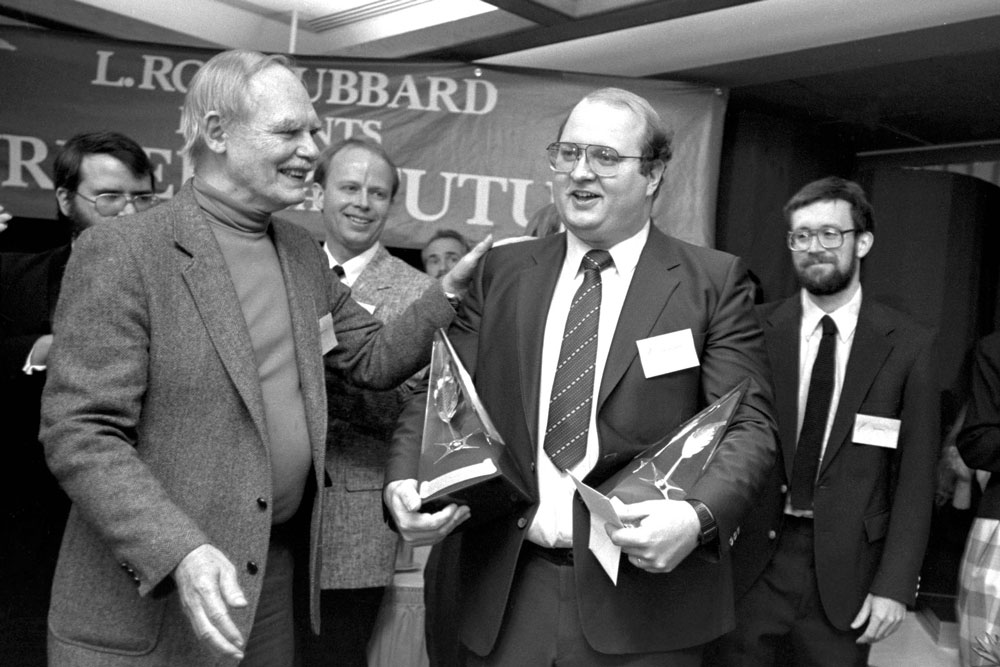 As many of you know, I got my start by prize writing. While I was in college, I won third place in my first writing contest and decided to see if I could win first place in a contest. I spent a year honing some short stories for various contests, in between my studies, and sent them out in the autumn of 1986. Within a few weeks I discovered that I had won not just one, but all of the contests that I had entered. One of the judges at Writers of the Future, Robert Silverberg, liked my story well enough so that he shared it with some editors, and this led to a three-novel contract with Bantam Books. I’ll always be grateful to Bob for that.

So I promised a couple of people on the list that I would talk about prize writing. If you think about it deeply, everything that you write is really for a competition. You’re competing for publication with other writers, for promotional monies from the marketing departments of various publishers, for literary awards, and of course for your reading audience. So these posts really apply to any writer. When you think about it, it would seem that there isn’t a lot that you can do in order to win a prize. Thousands might enter a competition, but only one will win. However, there are some things that you can do to increase your chances dramatically.

This all might sound easier than it is, but let’s take this one step at a time. Your first step is to get to know your judge’s tastes. Now, if you’re talking about a contest judge, this person might be a teacher at a local university. The best way to gauge the judge’s tastes is to read anything that they’ve written. If your judge has written short stories, look at the age of the protagonists, the themes that the judge covers, his or her use of language, and so on. This will tell you whether the judge values crisp dialog over brilliant metaphors, slow pacing versus fast, and so on. Pay particular attention to the themes. If a judge has a penchant for writing about stories that deal with death, for example, you might realize that your story will hit them harder if you feature a death scene.

In some cases, you’ll have a panel of judges. For example, there are more than a dozen judges at the Writers of The Future. So if I wanted to win that contest, I’d look at the mix of writers. How many write only science fiction? How many write fantasy? What do each of their tastes seem to be.

One easy way to gauge their tastes is to look at past stories. You could read the grand prize winners from each anthology. By doing so, you’d begin to notice some patterns.

You can of course do this same thing with any publication. You could go to editor’s panels at science fiction conventions and listen to editors talk about their favorite books out. You could go to Publisher’s Marketplace on the internet and find out what each one of those editors has bought.

It’s really quite easy to learn the tastes of one solitary reader. If you’re facing a panel of judges, the task becomes more complex, but it is possible to write a story that will average out to be a winner.