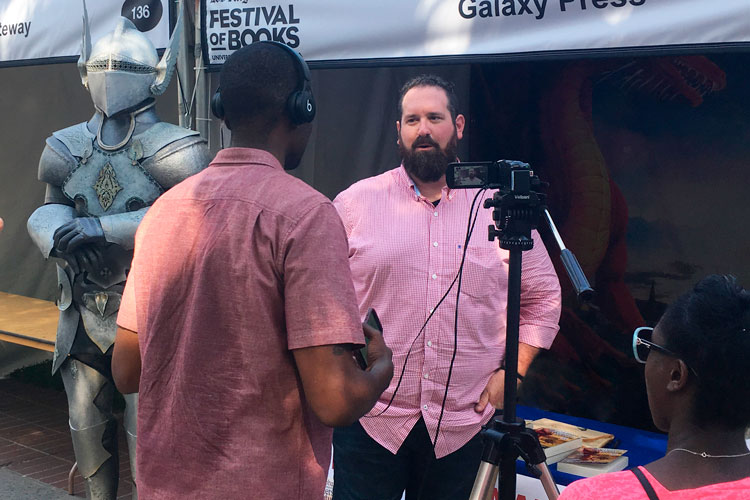 It’s been nearly a year since I found out I was a finalist for L. Ron Hubbard’s Writers of the Future contest, and very nearly five months since I was announced as the 2017 Golden Pen Award winner for my story, “Acquisition,” featured in Volume 33 of the annual anthology.

To say my life has changed feels like an understatement. I’ve signed literally hundreds of copies of our bestselling anthology. I’ve made connections and genuine friendships with writers I respect and adore. I’ve had opportunities to sign at the Los Angeles Festival of Books and the daunting and epic San Diego ComicCon.

The Writers of the Future experience has filled me with confidence as a writer. I sit at the computer every day and write, write, write. I’ve left behind all the neurotic behavior I had for years before, knowing now that I have the ability to rewrite it better, stronger, more beautifully. I’ve written the first draft of a novel and a handful of short stories since returning home, and each one teaches me something more about the craft. I smile at the blank page. I dream up worlds and characters and conflicts and grin as I type them into existence. I feel whole. Complete.

I’ve wanted to be a writer for 20 years, and this is the first year I’ve been published. It’s not hard to remember that a year ago I’d just about given up my dream. That I was finally going to surrender. To think it was never going to happen.

If you’re struggling, keep going. Find local or online writer groups. Never stop learning, or trying to get better. Submit to the contest, if only because it inspires you to finish something four times a year, and if you meet your goals it’s honestly a great and satisfying feeling to have.

More than anything, though: Persevere.

If you want to be a writer, then here are your steps: Write, rewrite, finish it, submit it. Repeat. Don’t stop. You have stories you have to tell. More over, you have stories that the rest of the world is going to want to read. You owe it to them, and to yourself, to try and to keep trying.

I’m in my dream. Living it. Loving it. I’m not going anywhere. It’s hard work, but an incredible joy, too. I wouldn’t give it up for anything.

I’ve had the chance to speak with a lot of new creators—unpublished writers and artists—and I tell them all the same thing.

You might be only one submission away from your dream. 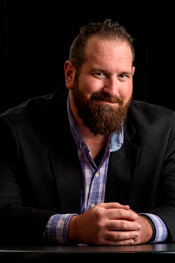 Jake Marley is a writer in Orange County, California, and winner of the Golden Pen Award with his story, “Acquisition,” published in Writers of the Future Volume 33.

The Illustrators of the Future by Will Eisner
Scroll to top