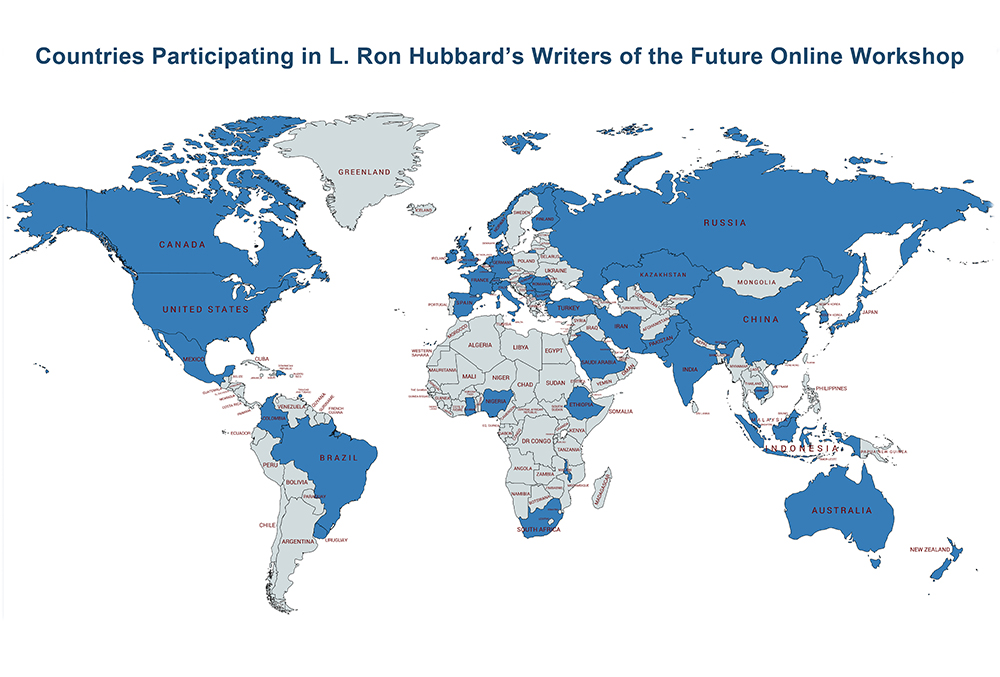 Ron Hubbard’s Writers of the Future Online Workshop was launched as a free online course for aspiring writers with participants now over 2,500 from over 50 countries. The United Kingdom has the second most sign-ups in the world.

The writing workshop is comprised of 13 videos by New York Times bestselling authors Orson Scott Card, David Farland, and Tim Powers. It also has essays and practical assignments that take a writer through research and ideas to a completed short story.

“An impressive 72% of those taking the workshop have a story completed by the end of the course, which is one of the things we hear plaguing authors―being able to complete stories!” said John Goodwin President Galaxy Press. “Next to the US where the Writers of the Future is based, the online workshop has more participants from the United Kingdom than anywhere else in the world. We have winning authors coming from the UK almost every year. So it makes sense as there is a lot of talent there.”

The reviews show that authors are not only completing short stories but have reported taking their writing to a new level following the workshop:

“The simple, clear, and straightforward ideas presented in the WOTF online course helped me tremendously to streamline my prose and focus my stories. I have felt that my writing was on the brink of where I wanted it to be. Now I believe it is there.” ―J.S.

“I have attended a lot of writing workshops on my journey towards striving to become a better writer but the Writer’s of the Future Online Workshop did a better job of elevating and upgrading my knowledge of the writing craft.” ―M.H.

“The workshop offers priceless nuggets from experts in the field that when adhered to can transform your writing career.” ―J.A.O.

Sign up for the writing workshop at Free Online Workshop.

The 358 past winners of the Illustrating Contest have produced over 6,000 illustrations, 360 comic books, graced 624 books, and albums with their art and visually contributed to 68 TV shows and 40 major movies.

Writers and Illustrators of the Future Announces a Combined Event with the 36th...
Scroll to top