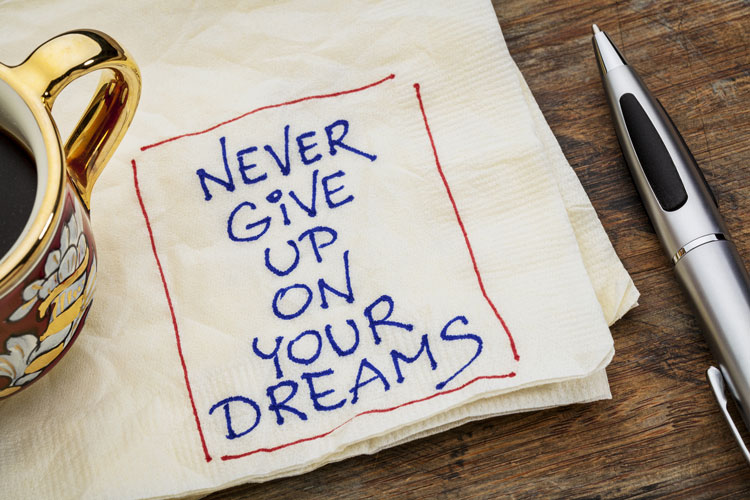 It was 1978. I was thirteen years old and my mother gave me Clifford Simak’s book, Mastodonia. So began my love affair with speculative fiction. Within a few years, I read everything from Poul Anderson to Roger Zelazny and had amassed hundreds of books and magazines. I was obsessed. I had found my calling. I was going to be a science fiction writer.

A Mountain of Rejection Slips

It took a few years to gather the courage to write a story, and another few to start sending them out. From 1986 to 1992, I wrote 47 stories, submitting them to any place I could find, including and especially to the Writers of the Future. The result was a mountain of rejection slips. Sometimes the editors provided encouraging messages, but they still rejected my stories! I entered the WOTF eleven times and received—no surprise—eleven rejections.

Becoming a science fiction writer was much harder than it looked. After six years of trying to get published, I made a huge mistake. I gave up. It was too hard. I was done. My love affair with speculative fiction was over. I sold all my books and magazines. The only ones I saved were my Writers of the Future books. I just couldn’t part with them. I wept as I boxed them up and put them in the closet, where they would remain for the next seventeen years.

Return to the Urge to Write

Fast-forward to 2009. My boss walks into my office and asks, “Do you like science fiction?”

“Read this,” he handed me E. E. Doc Smith’s Lensman series. He was my boss, so I obeyed.

And I was back in love! I bought back all my books. I dug out my WOTF books and re-read them. Then I got all the remaining volumes and read those.

Then it happened: I started to feel that urge again, that compulsion to start writing my own stories. But I was terrified. I had been down that road before, and it was littered with broken dreams. I wasn’t sure if I could do it.

An Anonymous Guy from Topanga Canyon

Then it happened, entry number sixteen, an Honorable Mention! I did it! My head nearly hit the ceiling. Still, I was too scared to submit anywhere else. I kept entering the WOTF and soon earned another HM. When I had earned three, I began submitting to the magazines.

To my delight, I not only began receiving personal rejections; within one year, I sold my first story! Then I sold another. And another!

Still, my primary focus was with the WOTF contest. I never missed a quarter. I was earning more honorable mentions, but that was it. The higher levels of the contest seemed out of reach. Whenever I felt my confidence waver, I would look at the WOTF books and tell myself, you could win this contest. Don’t give up.

Then one day I was lurking the WOTF forum and noticed a mention of a cautionary tale about why you should never give up. It was from a workshop by Dean Wesley Smith. I knew about Dean. He had a story in Volume 1, and later became one of the judges. In his workshop, Dean talked about an anonymous guy from Topanga Canyon, a promising new writer who the magazine editors were talking about. They wondered who would be the first to publish one of his stories. Even book editors were showing interest. Then suddenly, he disappeared. Gone and never to be seen again. His name, to protect his identity, was Topanga Canyon.

When I read that, I felt a cold chill. I was from Topanga. That was me. I knew it in my bones. Before I gave up, Dean was editing Pulphouse and had written me personal rejections. I still remember them: “You’re close.” “Keep trying.”

I sent Dean an email. He confirmed my secret identity.

I felt waves of sheer delight with an undercurrent of utter devastation. Editors were talking about me! And I gave up.

This discovery inspired me, even more, to keep entering, which I did, every quarter, eventually earning twelve honorable mentions. On December 28, 2017, three days before the Q1 deadline, for the 47th time, I submitted yet another story to the contest. I had just received four rejections in a row, so my hopes were not high. I had entered every single quarter for the last eight years. Why should this one be any different? At best I hoped to add to my sizable collection of HMs.

Then the impossible happened. To my utter shock, my story was a finalist. The next few weeks were pure torture. I was at work when the phone call came that I had won second place. It was easily one of the happiest days of my life. I could feel that thirteen-year-old boy inside of me jumping up and down. I won! I actually won! I’ll get a monetary prize, a beautiful trophy, a week-long workshop, and best of all, my story is going to appear in Volume 35. At last!

All I can tell you is, if you have a dream, never give up. Not ever! 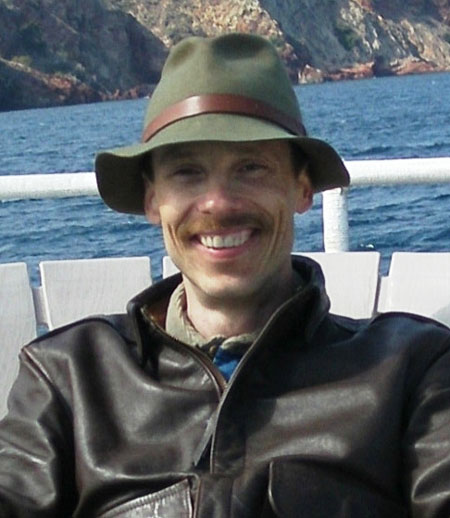 Preston Dennett has worked as a carpet cleaner, fast-food worker, data entry clerk, bookkeeper, landscaper, singer, actor, writer, radio host, television consultant, teacher, UFO researcher, ghost hunter and more. He has written 22 non-fiction books and more than 100 articles about UFOs and the paranormal. But his true love has always been speculative fiction. After a long hiatus, he started writing again in 2009. He has sold 37 stories to various venues including Allegory, Andromeda Spaceways, Bards & Sages, Black Treacle, Cast of Wonders, the Colored Lens, Grievous Angel, Kzine, Perihelion, Sci Phi Journal, Stupefying Stories, T. Gene Davis’ Speculative Blog, and more, including several anthologies. He earned twelve honorable mentions in the L. Ron Hubbard’s Writers of the Future Contest before winning 2nd place for Quarter 1, 2018, (Volume 35), his third professional sale. He currently resides in southern California where he spends his days looking for new ways to pay his bills and his nights exploring the farthest edges of the universe.