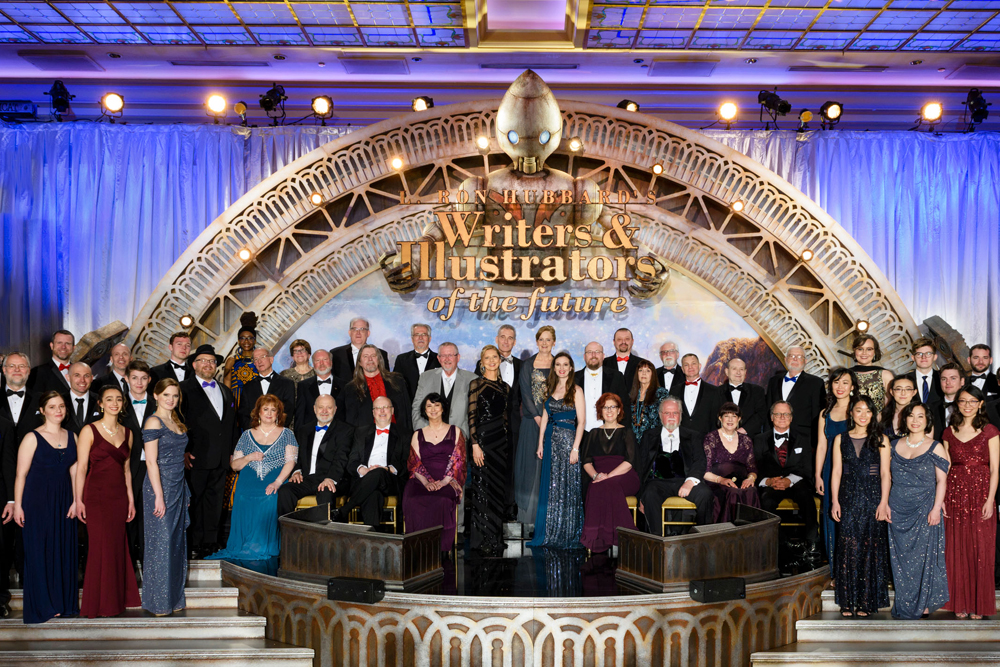 Events and conventions have announced dates for new gatherings as the world opens back up. With that, Writers & Illustrators of the Future has taken its next step toward a combined awards ceremony in Hollywood for L. Ron Hubbard Presents Writers of the Future Volumes 36 and 37.

The following statement was just issued to the winners and judges by the Contest Director, Joni Labaqui, and is now being announced broadly:

Event update: We are still closely monitoring COVID-19 and plan to hold the Writers & Illustrators of the Future workshop and gala as soon as it is safe to do so. We have a tentative hold on the hotel and venue for October 22, 2021. The workshop and event will be combined for the winners of Volumes 36 and 37. As the winners prefer the live workshop and event over virtual, we are doing all we can to make that happen once we can safely fly them in from the various countries around the world.

The Contest postponed the awards ceremony for volume 36 last April when it became evident that 2020 would not allow an awards event. So, it was decided to combine events in 2021, making this a first in its 37-year history that the Writers of the Future Awards Gala will be a double ceremony.

The Writers of the Future writing contest was initiated by L. Ron Hubbard in 1983 to provide “a means for new and budding writers to have a chance for their creative efforts to be seen and acknowledged.” Based on its success, its sister contest, Illustrators of the Future, was created five years later to provide that same opportunity for the aspiring artist.

For more information on the Contest or upcoming release, visit www.writersofthefuture.com.

Over 5,000 aspiring writers from 108 countries have turned to the Writers of...

India Is Now the #2 Country with Participants in the L. Ron Hubbard Writers...
Scroll to top