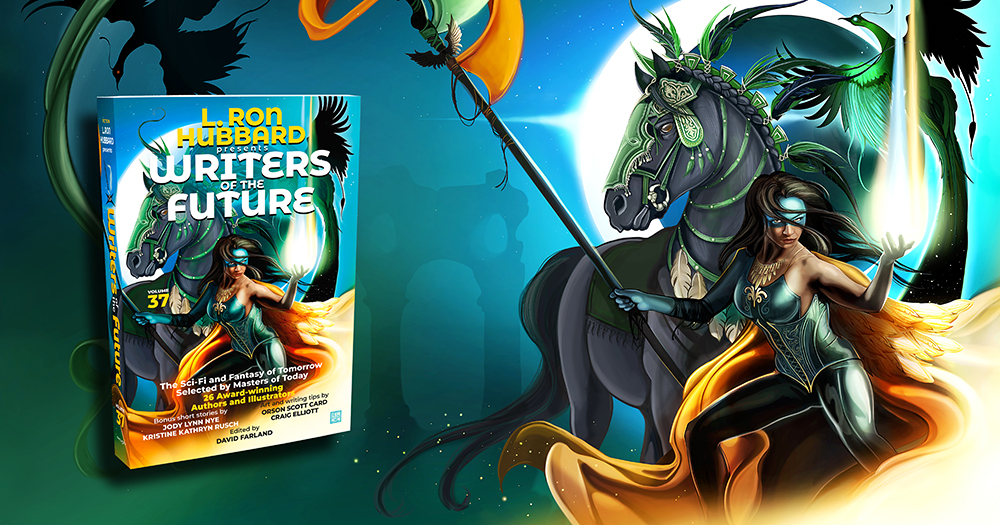 The international best-selling series, “L. Ron Hubbard Presents Writers of the Future,” is available in South Africa thanks to a partnership between Galaxy Press and Willow Trading SA, including Volume 37 now in stores.

“We are very pleased that fans of science fiction and fantasy can now find L. Ron Hubbard Presents Writers of the Future, beginning with Volume 37 in major retailers throughout South Africa, including Raru, Exclusive Books, Bargain Books as well as independent bookstores,” stated John Goodwin, President Galaxy Press, publisher of the fiction works of L. Ron Hubbard and the Writers of the Future series.

In a recent review of the series, the Midwest Book Review stated, “Writers of the Future is the gold standard of emerging talent into the field of science fiction fantasy that has contributed more to the genre than any other source.”

Dr. Nnedi Okorafor is a speculative fiction novelist of Nigerian descent whose novels include Who Fears Death (winner of the 2011 World Fantasy Award for Best Novel), Akata Witch (an Amazon.com Best Book of the Year), Zahrah the Windseeker (winner of the Wole Soyinka Prize for African Literature), and The Shadow Speaker (winner of the Parallax Award). Her children’s book Long Juju Man won the Macmillan Writer’s Prize for Africa. Her short story “Windseekers” was published in Writers of the Future Volume 18 in 2001. She has been a Writers of the Future Judge since 2013.

The Writers of the Future Writing Contest, now in its 39th year, was initiated by L. Ron Hubbard to provide “a means for new and budding writers to have a chance for their creative efforts to be seen and acknowledged.” Based on its success, its sister contest, Illustrators of the Future, was created five years later to provide that same opportunity for aspiring artists.

The over 500 past winners and published finalists of the Writing Contest have published over 1,800 novels and nearly 6,200 short stories. In addition, they have produced 36 New York Times bestsellers, and their works have sold over 60 million copies.

One of a Billion Inspirational Stories

By the Numbers
Scroll to top