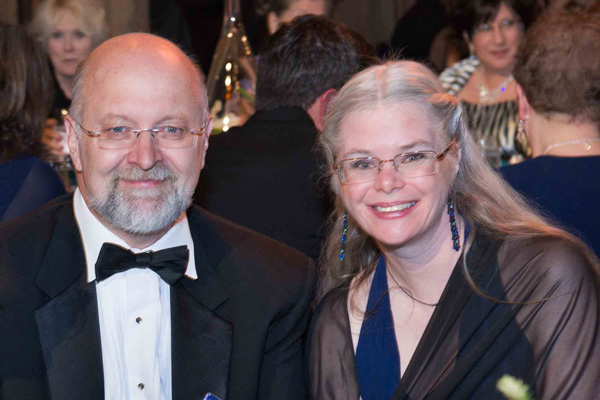 Kristine Kathryn Rusch is one of the most prolific writers in the world today, writing under numerous pseudonyms such as Kristine Grayson (for her romance) and Kris Nelscott (for her mysteries). She’s an international bestseller and has global acclaim with works spanning 14 countries and 13 languages.

In fact, Kristine knew co-judge Kevin J. Anderson in college, and both of them pursued placing stories in Writers of the Future, however, their writing proved too professional for them to stay qualified for long. Since 2010, Kristine has acted as one of our exceptional judges, and this is what she had to say in regards to her place with us:

“For more than twenty-five years, Writers of the Future has picked the brightest stars out of the annual pool of new writers. And not just stars from the science fiction universe, but stars who have gone on to make their mark in the literary mainstream (Karen Joy Fowler), in romance (Jo Beverley) and young adult (Nancy Farmer), just to name three. I’ve always floated around the edges of the Contest. I’m happy to finally have an official role.”

Kristine’s awards are just one more indicator of her powerhouse writing talents. She’s received the Ellery Queen Readers Choice Award, Hugo Awards, and John W. Campbell Award, just for starters. (She was even nominated for the Hugo, the Shamus and the Anthony Award all in the same year!) And she holds a literary record as the only person in the history of science fiction to have won a Hugo for both editing (Magazine of Fantasy & Science Fiction) and fiction.

Oh, and not to forget, but Kristine is also married to and a collaborative writer with Writers of the Future judge, Dean Wesley Smith.

Thank you, Kristine Kathryn Rusch, for inspiring us all!