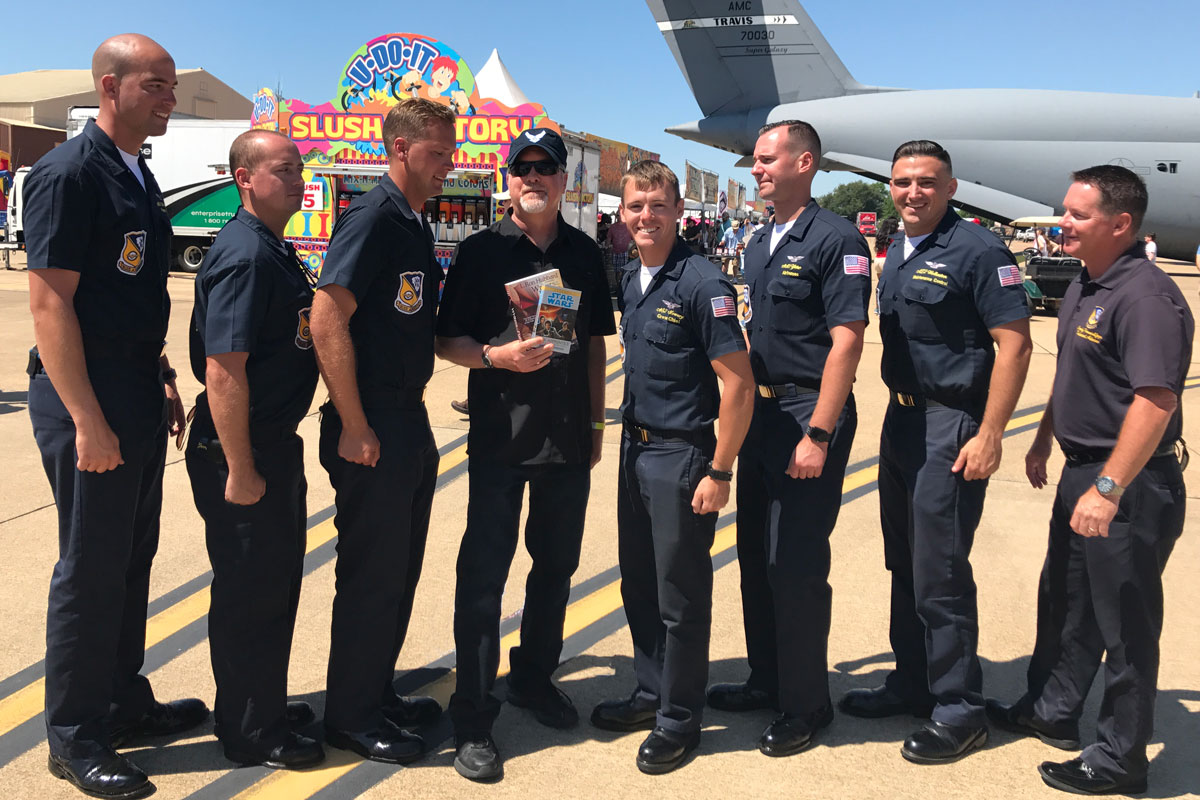 The Barksdale Air Show on Sunday was packed to capacity with over 50,000 public in attendance to see—well mostly to see the Blue Angels perform.

In addition to greeting the Blue Angels, Kevin was on hand to celebrate this year’s national bestseller—Writers of the Future Volume 33—and autograph copies of the book at the Barksdale Air Force Base Air Show 2017 for delighted local fans.

Kevin was interviewed by the Air Force media while also promoting the Contests to everyone who came to visit the booth. Civilians and enlisted military will now be entering the Contest as a result of Kevin’s enthusiasm for it at the show. Other attendees who came by to get Kevin’s autograph, picked up material to tell friends and relatives whom they know want to become writers or illustrators. 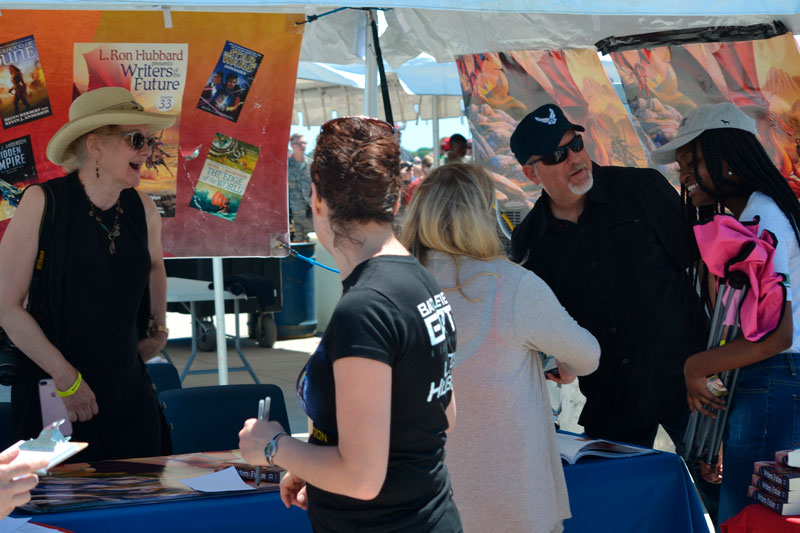 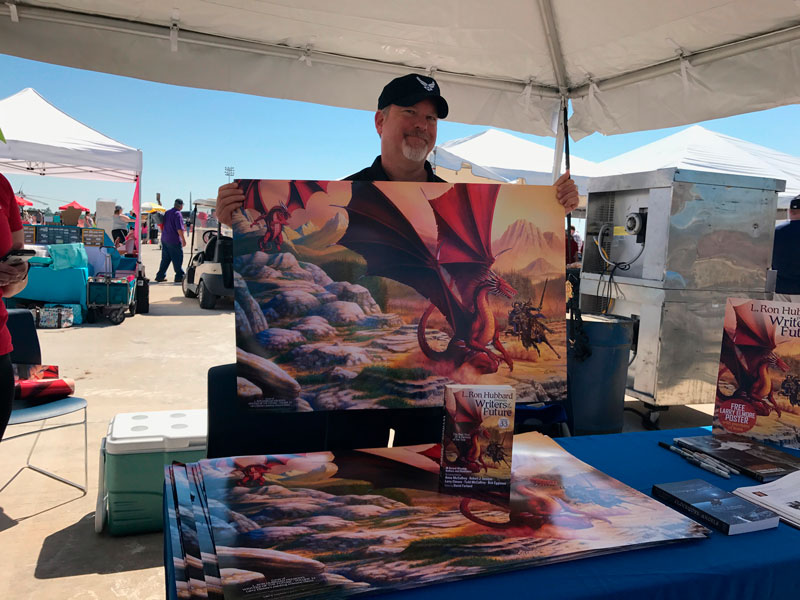 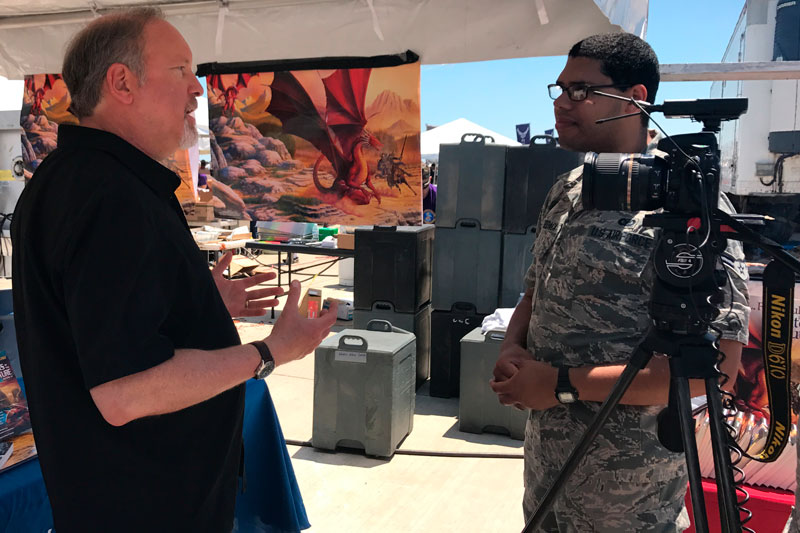 Kevin J Anderson and the Blue Angels at Barksdale AFB