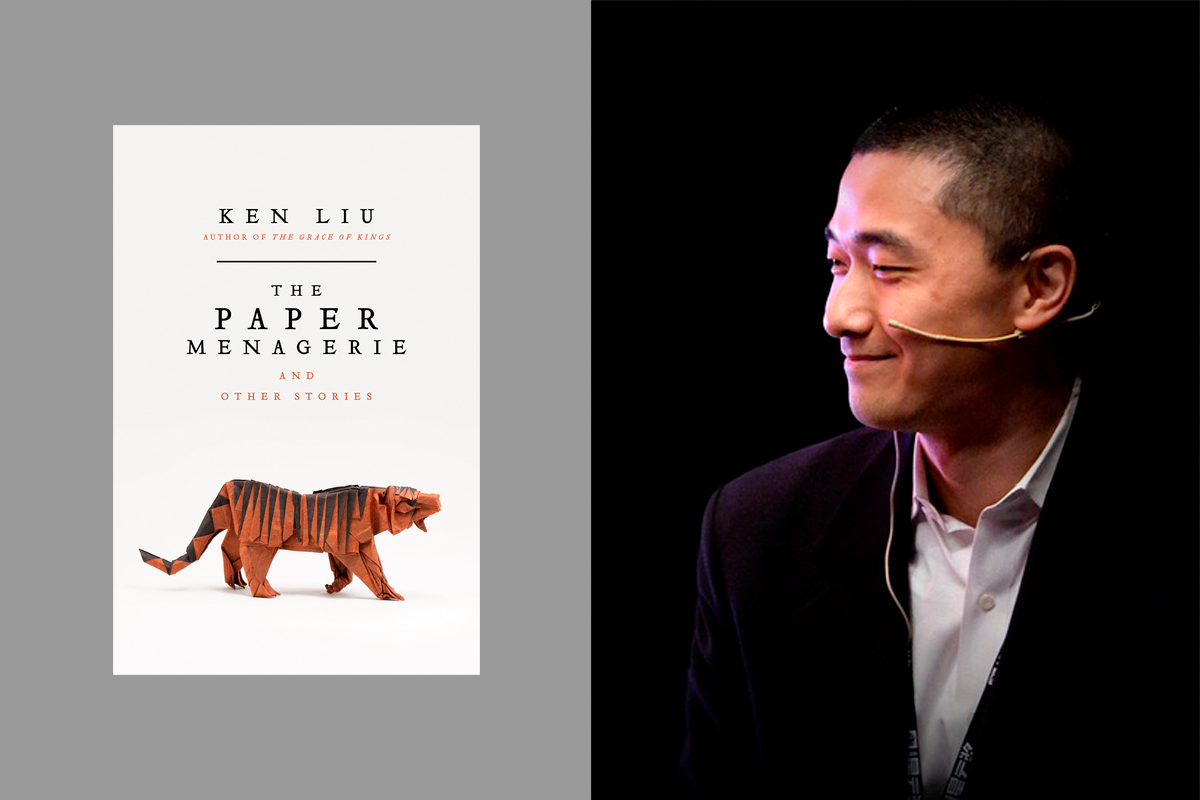 “Treasure your time at the workshop,” Ken Liu says when I ask how he would advise a new prizewinner going to the Writers of the Future workshop, “but don’t make too much of it.”

This is Ken Liu in a nutshell. He’s a well-spoken man who puts conflicting ideas side by side and then makes you think about what they mean.

He does it in his award-winning fiction and he does it in his conversation. He even does it in his press bio wherein he challenges the reader by describing himself in intriguing juxtaposition as: American/Chinese, Christian/Daoist, Confucian/Populist. To this, let me add lawyer and computer programmer. And, lest we forget: Hugo-winning translator of speculative fiction (The Three Body Problem, by Liu Cixin, the first translation to ever be so honored), and winner of the Nebula, Hugo, and World Fantasy awards (for “The Paper Menagerie,” 2011). His debut novel, The Grace of Kings (2015), the first volume in The Dandelion Dynasty, won the Locus Best First Novel Award and was a Nebula finalist.

“The workshop was a great experience,” Liu says. “I went as a published finalist (his story “Gossamer” was included in Volume XIX, in 2003), and it was my first and only real workshop. I was really excited. It was an important milestone for me.” 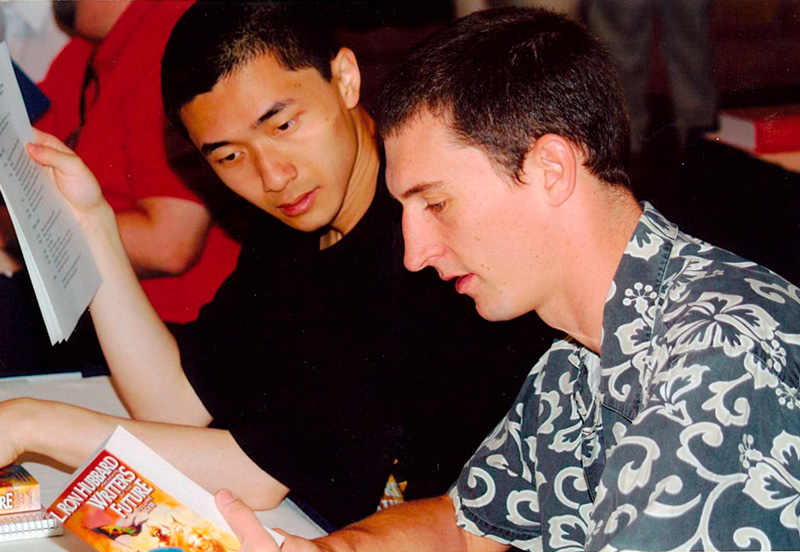 Ken Liu at the Writers Workshop

He then proceeded off on an energetic discussion about K.D. Wentworth, Tim Powers, and all the other instructors that came to the session. He talked about learning craftwork, story structure, and the business as a whole. He talked about the opportunity to be with so many people who shared his passion for the field of speculative fiction. He talked about writing the twenty-four-hour story (which turned into “State Change,” a fantastic piece later published in Polyphony, Vol. 4, and now available on his website). But the thing that strikes me most as I listen to Ken Liu talk about the workshop comes when he talks about understanding what it means to be a professional writer.

“The workshop taught me a lot about how to behave as a professional and what it means to have a career,” he says. “Back then the internet wasn’t as robust as it is now. It was harder to find good information about what to expect on the business end. To have these writers come into the room and give us their personal examples made a difference.”

That became important later because, as many WotF participants find, being a professional writer is a long haul full of emotional ups and downs. “I was a classic case of what not to do,” he says of a several year period after his anthology appearance when he wasn’t publishing work. “I had taken a role doing corporate law and my time was limited so I could argue that my life was too hectic to write, but really I was obsessing over a single story when I should have been doing other work. I kept coming back to this same story over and over again because I thought it was my best work, and it wasn’t selling. Pretty soon it became easier to just not do anything.”

It worked out in the end, though. In 2010 the dam broke to the tune of four stories published, 2011 tallied twenty-one stories published and more than a few major awards. Ken Liu, as they might say, had arrived.

He’s learned it’s important to take it all in stride, though, which is what he means by that don’t make too much of it in his advice to new WotF participants. “Keep working,” he says. “Awards like Writers of the Future are fun, but they are just milestones and they don’t sustain you. Keep working, though. Keep writing. It’s important that you always feel like you’re improving your craft. Every problem a writer has can be solved by writing more.” 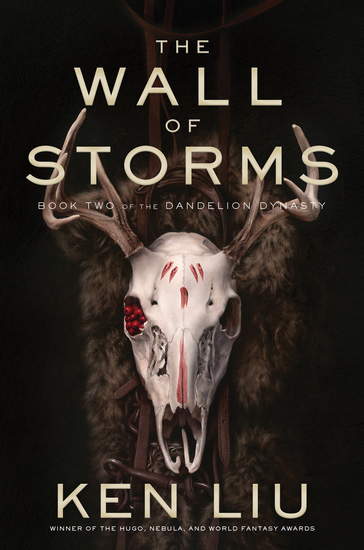 The Wall of Storms, the second volume in his series, was published in 2016, as was a collection of short stories, The Paper Menagerie and Other Stories. Not to mention seven other short stories, including the Locus Award-nominated “Seven Birthdays,” Invisible Planets, an anthology of contemporary Chinese SF in translation that he edited, and Death’s End, his translation of the third volume of Liu Cixin’s hard SF trilogy, each of which saw release in the past year. Among other forthcoming projects, next October will see the publication of his Star Wars book, The Legends of Luke Skywalker.

Yeah, I would say Ken Liu is following his own advice pretty well, and, yeah, it seems to be working just fine.

Focus on Ken Scholes: Writers of the Future Vol 22 Winner