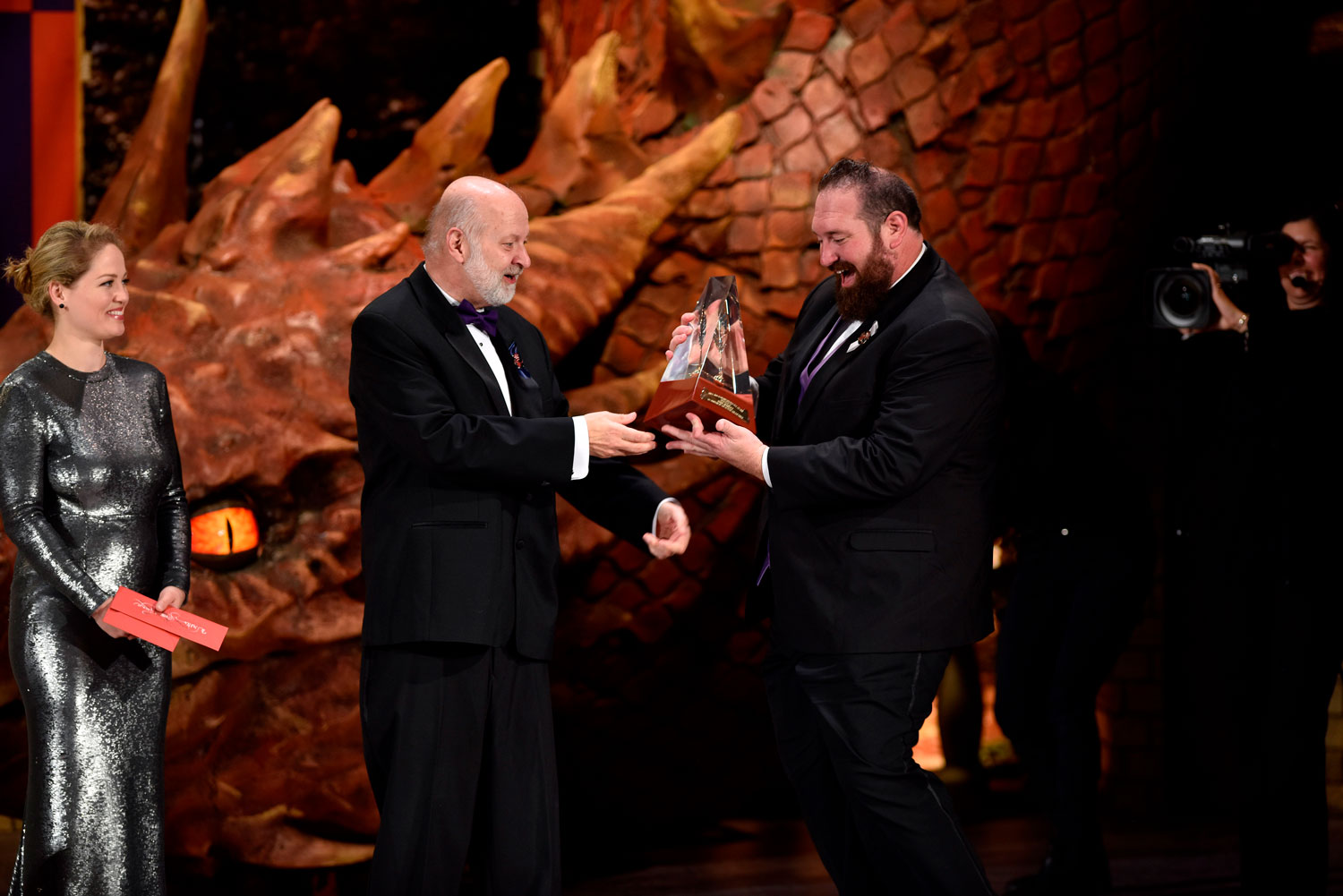 From aspiring writer to writing contest winner to – let’s find out!

It has been nearly a year since Jake Marley was announced as the Golden Pen Award winner in the L. Ron Hubbard Presents Writers of the Future writing contest.  As a contest for aspiring writers, we thought we would find out how winning the writing contest has affected Jake. So we asked him.

So Many New Friends

In 2017, my Writers of the Future workshop was just the start of my opportunities to meet professional writers and editors.

Jake talks about his experience as a writer and with the 24-hour story during the Writer Workshop in an interview here.

I used my winnings from the Golden Pen to go to a few different writing conventions, and met even more of my contemporary heroes and favorite writers and editors, including quite a few bestselling authors. I think a highlight of the year was getting another chance to speak with Nnedi Okorafor while we were both in Providence, and I had another opportunity to thank her for her part of the workshop, which I had really connected with.

I also had a dream come true when Andrew L. Roberts and I were able to sign copies of WotF 33 at SDCC this year. The pro-badge I wore has a place of honor beside my trophies from last year’s awards ceremony.

I Am Selling What I Write

I’ve had two other short stories published since the release of Volume 33. One, “The Fifth Chamber” was in Resist and Refuse, and the other, “The Weight of Her Smile,” was just published last month in Unnerving Magazine #5.

I’m hard at work on my new novel, and it’s coming together really nicely. I’m using quite a few of the tips and techniques I learned from Dave and Tim during our workshop, as well as applying the advice I received from the other judges (again, especially Nnedi Okorafor).

In addition to getting my novel written, I’ve just been given the upcoming Writers of the Future Volume 34 and I’ve begun reading the stories. I’m looking forward to review it!

A Note on Dr. Pournelle 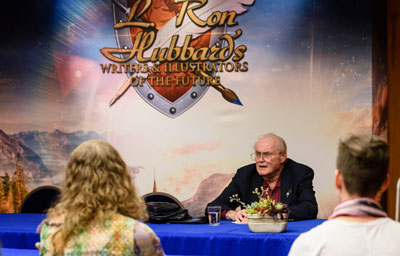 I was very sad to hear about the passing of Dr. Pournelle. I think one of the most memorable moments of my experience with Writers of the Future last year was having him tell me that “Acquisition” was “a damned good story.” I only met him briefly, but it has made a lasting impression on my life.

How to Find Me

And here is the link to my Amazon page.