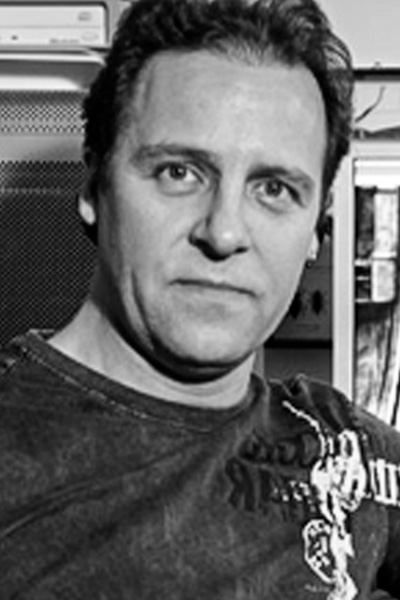 Stephen Youll has received best artist, best in show, and best professional awards from major science fiction and fantasy conventions worldwide, and he has been nominated several times by the Association of Science Fiction and Fantasy Artists as best hardcover/softcover artist.

In 1996, he received a gold award for most outstanding cover from the Magazine and Booksellers Newsstand.

Born in Hartlepool, England in 1965, Youll first worked as a historical reconstruction artist at Durham Cathedral, one of England’s oldest, after graduating from the Durham New College of Art and Design. He moved to the United States in 1989 and has exhibited his artwork extensively in both countries.

Youll first gained notoriety in the United States for a series of covers which he executed for a repackaging of Isaac Asimov’s Foundation, Robot, and Empire series novels in 1991. He has since illustrated covers for numerous speculative works by Arthur C. Clark, Robert Silverberg, Kevin J. Anderson, Brian Herbert, and others.

He has been an Illustrators of the Future judge since 2005.

“The Illustrators of the Future competition has for many years given new up-and-coming illustrators a platform and foundation to get their start at a great career.” —Stephen Youll

Find out more at: stephenyoull.com