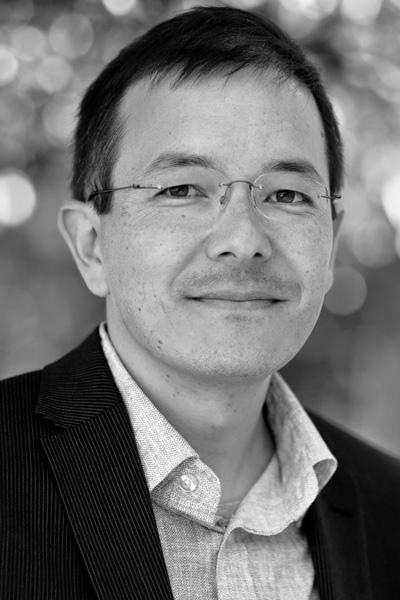 Shaun Tan was born in 1974 and grew up in the northern suburbs of Perth, Western Australia. In school he became known as the “good drawer” which partly compensated for always being the shortest kid in every class. He graduated from the University of WA in 1995 with joint honors in Fine Arts and English Literature, and currently works full time as a freelance artist and author in Melbourne.

Tan began drawing and painting images for science fiction and horror stories in small-press magazines as a teenager, and has since become best known for illustrated books that deal with social, political and historical subjects through surreal, dreamlike imagery. Books such as The Rabbits, The Red Tree, The Lost Thing and the acclaimed wordless novel The Arrival have been widely translated throughout Europe, Asia and South America, and enjoyed by readers of all ages.

His most recently published book is Tales from Outer Suburbia. He has also worked as a theatre designer, and worked as a concept artist for the films Horton Hears a Who and Pixar’s WALL-E. At the 83rd Academy Awards, his animated short film, The Lost Thing, took home an Oscar.

He has been an Illustrators of the Future judge since 2011.

“Much of L. Ron Hubbard’s material which formed the foundations of the workshops provided a solid and informative base; ideal starting points for approaching illustrating and writing skills and work practices. The fact that some of the same articles were applicable to both the writers’ and Illustrators’ workshops demonstrates their flexibility, broadness and scope.” —Shaun Tan

Find out more at: shauntan.net