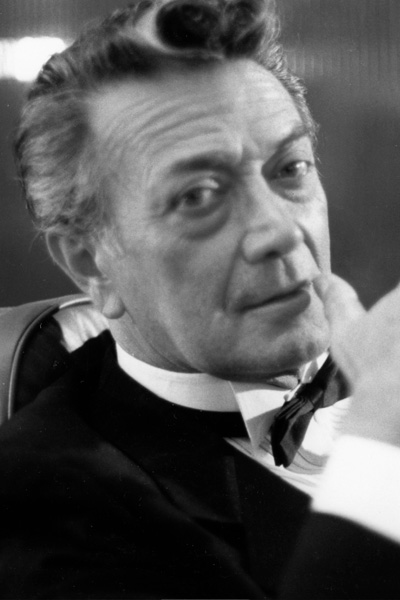 Frank Frazetta (1928–2010) was born and raised in Brooklyn, New York. At the age of eight, at the insistence of his school teachers, Frazetta’s parents enrolled him in the Brooklyn Academy of Fine Arts. He attended the academy for eight years under the tutelage of Michele Falanga, an award-winning Italian fine artist.

At sixteen, Frazetta started drawing for comic books with various themes: western, fantasy, mystery, history and other contemporary themes. Some of his earliest work was in funny animal comics, which he signed as “Fritz.” During this period he turned down job offers from such giants as Walt Disney. In the early 1950s, he worked for EC Comics, National Comics (including the superhero feature “Shining Knight”), Avon and several other comic book companies. Much of his work in comics was done in collaboration with friends Al Williamson and Roy Krenkel.

Through his work on the Buck Rogers covers for Famous Funnies, Frazetta started working with Al Capp on his Li’l Abner comic strip. At the time, Frazetta was also producing his own strip, Johnny Comet, as well as assisting Dan Barry on the Flash Gordon daily strip. In 1961, after nine years with Capp, Frazetta returned to regular comics. Work in comics for Frazetta was hard to find, however. Because he had emulated Capp’s style for so long, Frazetta’s own work now looked a bit awkward as his own style struggled to reemerge. Comics had changed during his period with Capp and his style was deemed antiquated.

Eventually he joined Harvey Kurtzman doing the parody strip Little Annie Fanny in Playboy magazine. By 1964, one of Frazetta’s magazine ads caught the eye of United Artists studios. He was approached to do the movie poster for What’s New Pussycat and earned his yearly salary in one afternoon. Frazetta did several other movie posters and started producing paintings for paperback editions of adventure books. His cover for the sword-and-sorcery collection Conan the Adventurer by Robert E. Howard and L. Sprague de Camp (Lancer 1966) caused a sensation: numerous people bought the book for its cover alone. From then on, Frazetta’s work was in great demand. He did covers for paperback editions of classic Edgar Rice Burroughs books, such as those from the Tarzan and Barsoom (John Carter of Mars) series. He also did pen-and-ink illustrations for many of these books. After the mid-1960s, most of Frazetta’s work was commercial in nature, as he produced paintings and illustrations for such things as movie posters, book jackets, and calendars. In addition, commercial demand for many of his uncommissioned paintings increased significantly.

Frank Frazetta was an Illustrators of the Future Contest judge from its inception until he passed away.

“The Illustrators of the Future Contest is one of the best opportunities a young artist will ever get. You have nothing to lose and a lot to win.” —Frank Frazetta