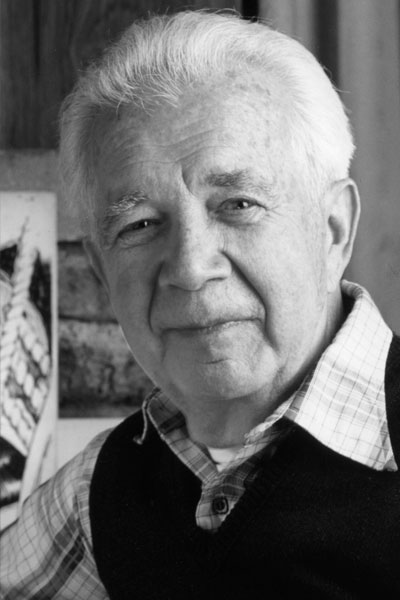 Edd Cartier (1914–2008) born in North Bergen, New Jersey, studied at Pratt Institute. He was an American pulp magazine illustrator with over 800 illustrations of The Shadow, dozens of illustrations for L. Ron Hubbard’s science fiction and fantasy stories during the 1940s and countless illustrations for other writers of the Golden Age, such as Issac Asimov, Theodore Sturgeon and Robert A. Heinlein, making him one of the leading artists of his time.

He had a deft caricature style and was able to portray not just very expressive people, but expressive creatures like fairies, gnomes, and gods.

Edd Cartier became a judge of the Illustrators of the Future Contest in its inaugural year and remained one the rest of his life.

“Being able to be a judge of the illustrators was a tremendous honor. I myself knew what it was like to get into the field being a young artist.” —Edd Cartier