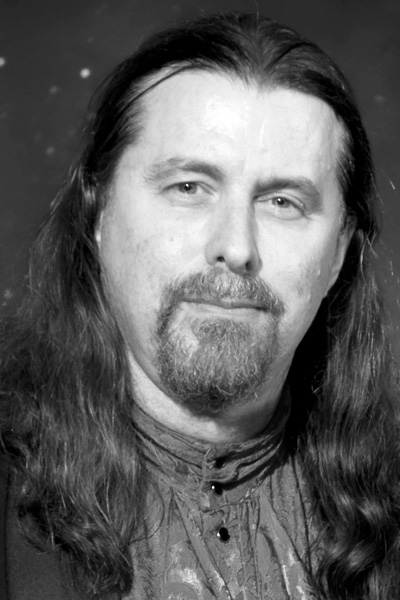 Bob Eggleton was born in Concord, Massachusetts in 1960 and became interested in science fiction art at an early age. Today he is a successful science fiction, fantasy and landscape artist.

Winner of seven Hugo Awards and eleven Chesley Awards, his art can be seen on the covers of numerous magazines, professional publications and books in the world of science fiction, fantasy and horror across the world including several volumes of his own work. He has also worked as a conceptual illustrator for movies and thrill rides.

Of late, Eggleton has focused more on private commissions and self-commissioned work. He is an elected Fellow of the International Association of Astronomical Artists and is a Fellow of the New England Science Fiction Association.

He has been an Illustrators of the Future judge since 1988.

“L. Ron Hubbard ignited the spark of imagination, which in the minds of these new artists has become a blaze.” —Bob Eggleton

Find out more at: bobeggleton.com