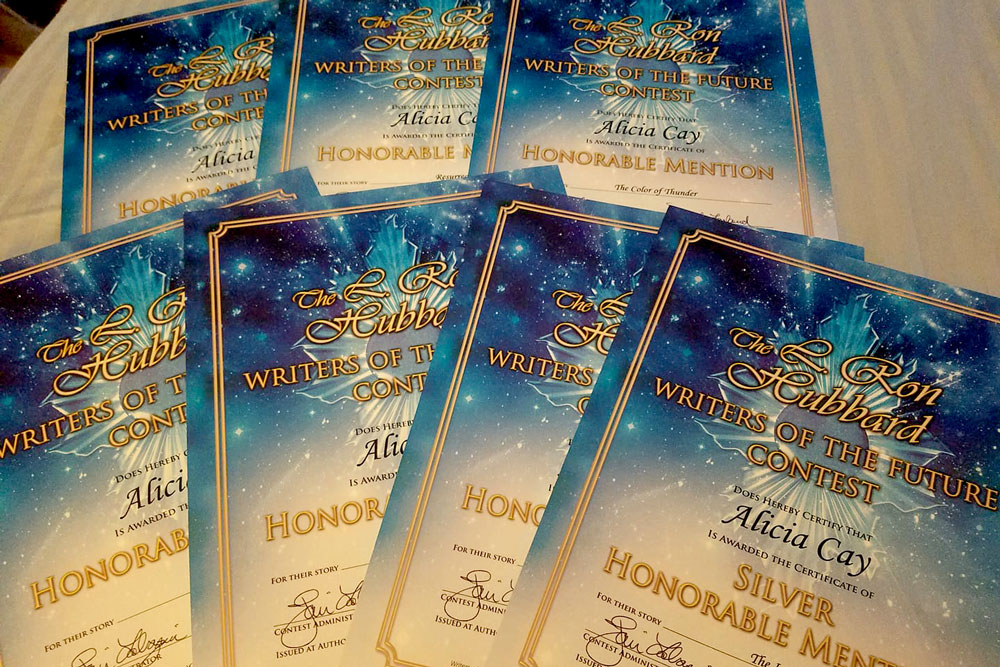 I have always known that I am a writer. With the kind of knowing you feel deep in your bones and emanates from the very core of your being. And as writers must do, I write. Although that wasn’t always the case. How to start writing…

About eight years ago my Mom returned from a trip to Los Angeles with a couple of books she had gotten for me. One was the coffee table book, L. Ron Hubbard Presents Writers of the Future—The First 25 Years, which she had even gotten signed by someone. The other book was the contest’s most recent anthology at the time, Volume 27. My Mom encouraged me to read about the writing contest and send in a story. Somehow she knew it too, before I had ever written a purposeful word of fiction, that I was a writer, and I just needed a nudge in the right direction. I appreciated the gift, thanked her, and promptly tucked the book away on a shelf. I don’t think I even cracked the binding.

Three years later my Mom passed away, and it took another two years for the haze of grief to thin enough for me to realize, it was time to begin writing. But where to start? As if in answer, a writer showed up in my life and took me under his wing. He introduced me to the world of writing, showed me where to begin, and even took me to my very first Sci-Fi/Fantasy convention. Now, I had heard about the contest from those books my Mom had given me, but at the convention something happened that was going to change the direction of my entire life. I met a previous winner of the Writers of the Future writing contest who was kind enough to share her experience with me, and that, as the old saying goes, was all she wrote. I decided right then and there I was going to start writing, enter the contest, and win! This meant that I, who had never written a short story before in my life, now had a month to write one and get it submitted before that quarter’s deadline.

The first thing I did when I got home from the convention was to dig out those books my Mom had gotten me, and I began to pour over every word. I learned everything I could about the contest itself, and began to read and study the stories written by previous winners. I even studied the contest judges, previous and current, reading at least one book or story from each of them.

I managed to get a story written and submitted by the end of that quarter. Two months later I was rewarded for my efforts with an Honorable Mention. I haven’t missed a quarter since.

Twelve quarters and many stories later, I have attended other conventions and met other Writers of the Future winners, all of them kind enough to offer a word of encouragement or sign their story in one of the volumes I have collected. I also attended one of David Farland’s wonderful writing workshops, where he taught us how to bring our stories to life and immerse the reader into our worlds. A few of my short stories have even given way to novel ideas (pun intended), and I’m working on those now. Of course, I always make sure to get a story entered into each quarter of the contest as well.

I am beyond grateful. This contest started me writing and it has kept me writing. It gives me a deadline, and a goal worth achieving. Plus, there are those cool certificates that show up in my mailbox and keep me encouraged—nine Honorable and Silver Honorable Mentions to date—such a treat! The contest also pushes me to continue to improve my writing, and not only my writing, but in my life too. I had to come out of my shell to learn how to network. I’ve found other writers to talk to, I’ve made new friends, and I’ve become part of an awesome writing group. All of these things I have reached for because there was a need for it—because I want to be a better writer, and because I am going to win this contest. To do that, I need to write a story worthy of those who have come before me, and whose words grace the pages of each new Writers of the Future volume.

Oh, and that signature in the Writers of the Future book that my Mom gave me? Turns out she got Kevin J. Anderson, one of the contest judges, to sign it for me. So yeah, Kevin got to meet my Mom. Lucky guy. 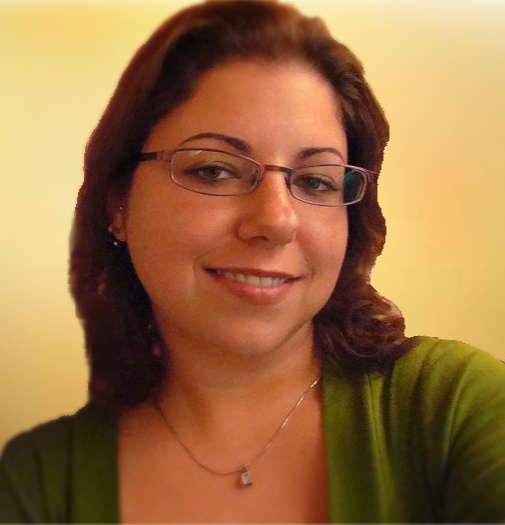 Alicia Cay has had a loyal love affair with books since she could read, collects quotes, and suffers from wanderlust. She currently writes short fiction, has had two of her stories published in SF/F anthologies, and is working on her first novel. Alicia lives in Denver with a corgi, a cat, and a lot of fur. Follow her writing and traveling adventures at: aliciacay.com.

A Different Kind of Writing Workshop

Writer or Author? How to start a story playing with a question…
Scroll to top