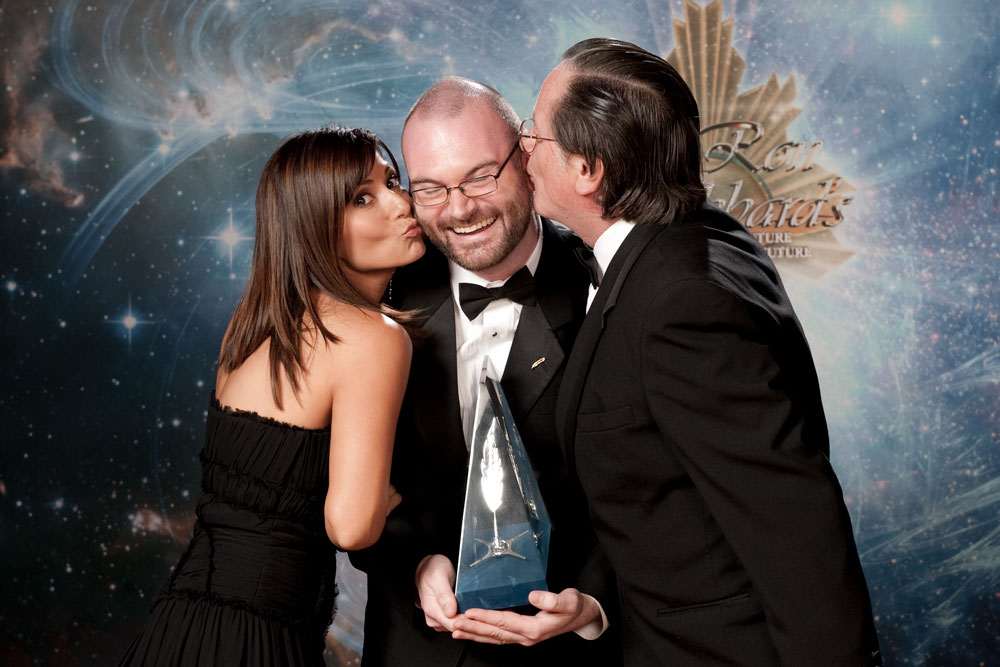 So, you want to be a writer. Welcome to the most brutal, bewildering, yet ultimately satisfying profession that a human can choose. I promise you, it’s all worth it.

So rest assured, your search has hit paydirt. The Writers of the Future Contest is built for people at the start of their own writing journeys, the ones looking forward. The ones with that fire in the belly, who don’t just want to be writers–the ones who want to become brilliant writers.

You may now have a new question–what is a Writer of the Future? How will you know when you’ve gotten to this nebulous future, and if so, what is this future going to look like?

Writers of the Future is a contest. No, it is THE contest for new writers. Free entry, winners get publication, cash, trophies, a trip to Hollywood to work with amazing authors? To paraphrase my fellow Australian Molly Meldrum, “do yourself a favour.” 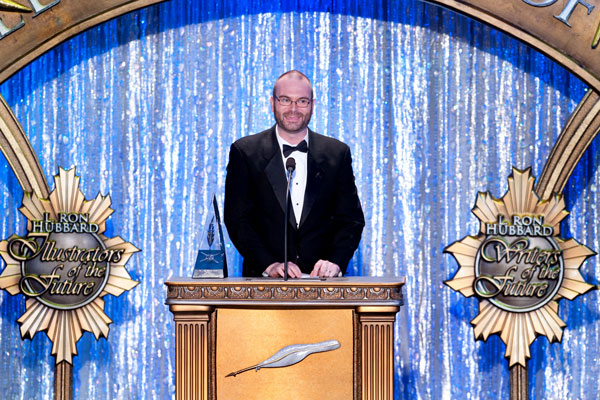 To show you my future, I’ll have to slide back into the past. This year marks my tenth year since attending the 26th Writers of the Future workshop, so perhaps this is a good guide to what can happen in a decade of an active writer’s life.

So, in your beginning, you take on Writers of the Future. You know you’ve got this. You’ll enter. You’ll sweat over the shortlists, read the anthologies, and bother everyone connected to the Contest. Mind you, 30+ years into Writers of the Future, this is now a huge community of folks, all committed to paying it forward. So you’ll get that good advice, most of which boils down to read the books, try your best, enter every quarter.

Rejectomancy is a phrase known to many aspiring authors, in which they attempt to read the entrails of every story rejection, hoping to somehow buck the system. Writers of the Future can offer an even more localised version of this: the Honorarymancy. I am speaking of course of the wonderful tradition of Honorary Mentions, the story entries that, while not on the shortlist of winners, are in and of themselves well written and worth noting.

Oh, how we agonised over that Honorary Mention! When you collect a few of these as I did, you will be equal parts elated and frustrated. “That’s great,” you’ll say, “but how do I get into the winner’s circle? How do I buck this system?”

The simple answer is, you can’t. The Contest is deliberately geared to be a great equalizer. No names on the entries, remember? The only thing that will get you there is grit, sheer bloody-mindedness, and the productivity that is the mark of any professional writer.

Write. Edit. Submit. These words are your mantra. Your Honorary Mentions and Semi-Finalist stories will find other worthy homes, and you’ll keep going. These HMs are the sign that you’re on the right path.

Then you’ll get that amazing phone call from Joni at WOTF, and it will all have been worth-while. You’ve made the shortlist of finalists, and then you’ve won. You’re on your way to the workshop. 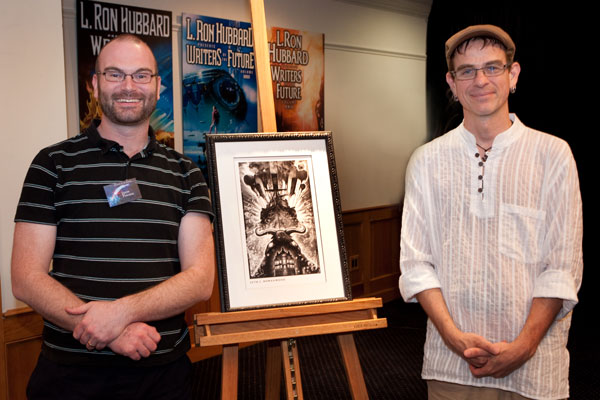 I’ve written about my experiences with the Writers of the Future workshop, and won’t repeat them here–instead, here are my blog entries from way back when which still makes me smile:

A retrospective account of Writers of the Future – Part 1

A retrospective account of Writers of the Future – Part 2

A retrospective account of Writers of the Future – Part 3

Then afterwards, the dust settles. You’ve won. You are a Writer of the Future. So, how do you write into this future? Because no-one else is going to do it for you. Rather than being the end goal of my writing journey, it was pretty much right at the start. An amazing beginning, but a beginning in every sense of the word.

Firstly, you will want to become a better writer. You want to take this amazing experience and do something with it. So you write a bit of everything. You try different genres and styles. Hustle for work. Shake every tree, looking for the fruit of opportunity to land at your feet.

It does, slowly. You will taste frustration, meet people who take advantage of you, or who promise much and deliver nothing. You’ll make the odd sale while watching colleagues seemingly race past you, accolades in their teeth and winds at their back.

Envy. Despair. Why isn’t my future here yet?

Projects will fall through. Publishers will buy your new novel, and then fold three months later. You will have heartbreaking close calls with your projects, over and over.

You’ll play “Eye of the Tiger” on repeat.

Then one day, the good times outweigh the bad. You’ll have more successes than bitter failures. You’ll be one of those people paying it forward to the newer writers (and if you don’t, you’re a jerk). It’s been said that 99% of success is attendance, just turning up, and writing is no different to any other field of endeavour.

So just turn up, even if you don’t want to. Stay hungry, shake every tree, and write because you cannot give up, you cannot quit this life.

Pretty much ten years to the day, I’ve resigned from my day job to be a full-time creative. I have books coming out, TV shows, and other projects in development, and run a busy school that teaches writing to people on the Autism Spectrum. So, there is some success, but still, I look forward. I do not have that six-figure book deal or New York Times Bestseller just yet, which tells me one thing.

I’m still not a Writer of the Future. My future isn’t here yet. There is more success ahead if only I strive for it. I hope you too are a Writer of the Future someday. My future will of course look a lot different to yours–but damn, it is so satisfying to run towards it, wild and inspired, a pen in either fist and many conquered stories in my wake.

You have one more advantage over old hacks like me–the free online writing workshop that you can find on this site. Hours of videos with 3 of the Contest judges means that you can get a taste of the Writers of the Future life right now.

Good luck writing towards your future! I’ll see you there. 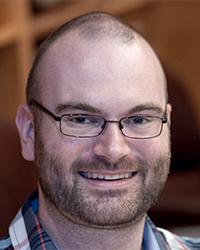 Jason Fischer lives near Adelaide, South Australia. He has won the Colin Thiele Literature Scholarship, an Aurealis Award and the Writers of the Future Contest. In Jason’s jack-of-all-trades writing career he has worked on comics, apps, television, short stories, novellas, and novels. Jason also facilitates writing workshops, is an enthusiastic mentor, and loves anything to do with the written or spoken word.

Fischer won the inaugural 2015 Aurealis Award for the Best Fantasy Novella, and was 1st Place Winner, Writers of the Future, 2nd Quarter 2009.  He has been nominated for the Ditmar Award four times.

The Writers of the Future Podcast is Finalist in the “Podcast Awards:...
Scroll to top