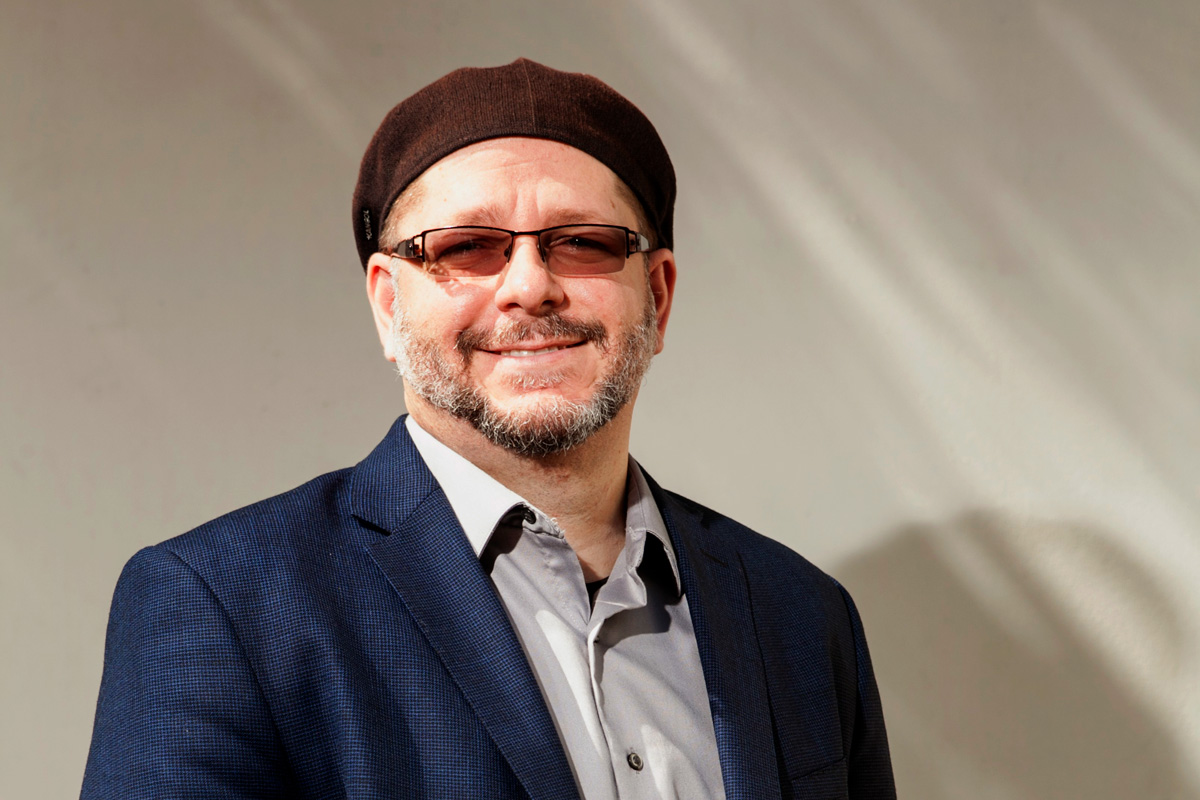 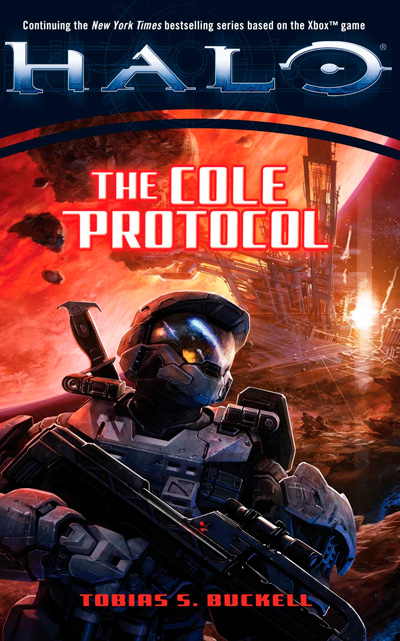 Tobias Buckell was born in Grenada and lived in the British Virgin Isles, spending his first nine years living on a boat and playing cricket on sandy beaches. Today he’s in Ohio with his wife, twin daughters, and a couple dogs. He’s a New York Times bestselling writer, a freelancer, and a futurist of considerable repute, a guy who keeps up with things and has a voice across the internet. He won a Writers of the Future prize (for “In Orbite Medievali,” published in 2000, volume 16, and reprinted in several languages), and he’s been nominated for the Hugo Award, Nebula Award, Prometheus Award, and the John W. Campbell Award for Best New Science Fiction Author.

His ninth novel, The Tangled Lands (a collaboration with Paolo Bacigalupi) will be published in early 2018. In addition, he’s written over sixty short stories and six novellas, which he’s gathered into four collections, the latest, Xenowealth: A Collection, was published in 2016 and features characters and settings from his Crystal Rain, Ragamuffin, and Sly Mongoose.

This all makes me smile because for me Tobias will always be the “kid” I met at a convention (in Louisville, I think it was). He was going to school then and still trying to figure out who he was going to be. One thing was obvious at that time, though: All other things aside, Tobias Buckell was going to be a writer. There was just no other option. He was passionate about it, driven and open to learning, but at the same time a guy with his own set of opinions. Nothing was going to stop him.

That kind of passion is an attractive trait, you know? It makes Tobias hard not to pay attention to.

“Since I was in sixth grade,” he writes on his blog, “I’d been drawing spaceships taking off from island harbors, rather than gantries, but a lot of my early SF aped what I was reading: galactic empires, etc. But somewhere in college, I decided to really focus on becoming a writer. And part of that involved what I was going to write about. I began to add pieces of Caribbean background to my stories, a character, a place, and certainly inspiration from island history and anecdotes. When I finished my first piece that drew this all together, it was a heady rush: this was the sort of thing I wished I’d been able to have to read on the shelf.” 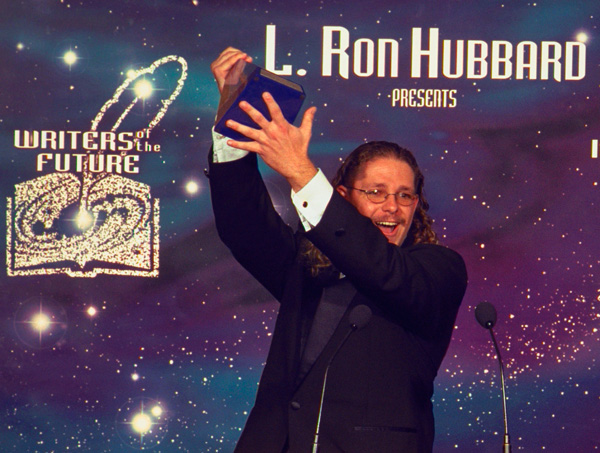 Tobias Buckell on stage accepting the Writers of the Future Award

His first publication was a short story titled “The Fish Merchant,” which saw the birth of Pepper, one of his best-known characters. It was deeply touched by his Caribbean roots. His second was his WotF prizewinner. It, too, relied on his Caribbean background.

From that point on, he hit his stride.

And what a stride it’s been.

He’s been the Writer in Residence for Bermuda, as well as appeared at workshops like Clarion, Shared Worlds, Alpha Teen Writing Workshop, and Seton Hill University. He’s spoken on topics from creative living, ecology, and futurism at colleges and conferences around the United States. He’s been a guest of honor at conventions (AnimeKon Expo and Odyssey Con), and a guest on shows like Cult Pop (Michigan cable) and Geeks Guide to the Galaxy.

So, yeah, Buckell is a speaker, a teacher, a world traveler, and a man who likes to make sense of the world.

But mostly, he’s a writer.

Yet, for me, what I’ll always think of when I hear Tobias Buckell’s name is passion—that full-throttled love for the genre, for amazing ideas, and for his own heritage. It’s a mix he throws together in ways that only he can.

And it’s that passion that makes all the difference.