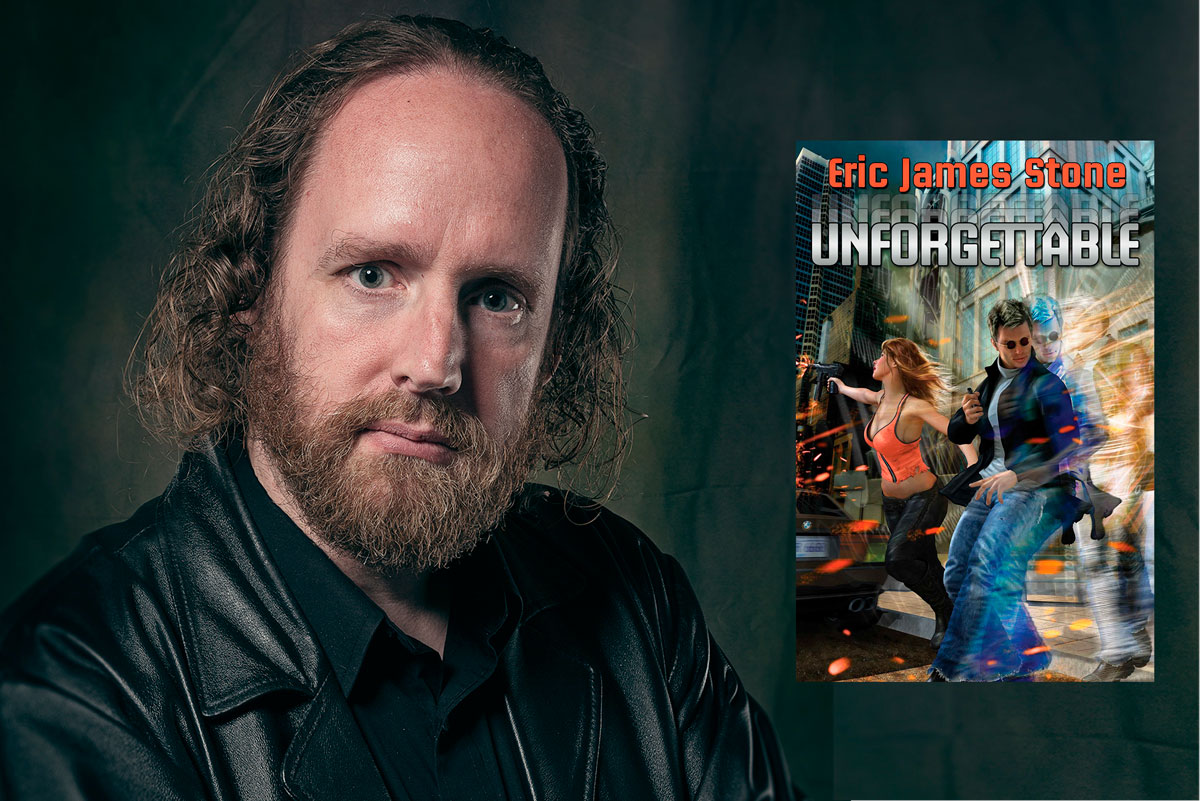 Eric James Stone is one of the few people who’ve managed to appear in two editions of the Writers of the Future anthology, putting “Memory” into Volume XX in 2004 as a published finalist, and “Betrayer of Trees” into Volume XXI in 2005 as a prizewinner. Since that time, he’s published more than 50 short stories, won the Nebula Award, and been nominated for the Hugo Award. His first book, Unforgettable, was put out by Baen Books in early 2016. 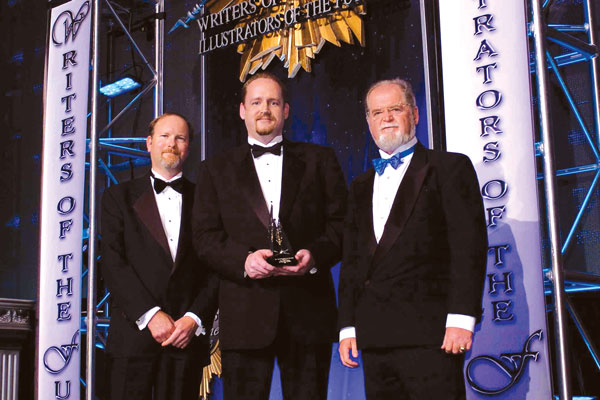 “The contest is a marvelous opportunity for new writers,” he says now. “I credit it with jump-starting my career as a writer, not only because they were the first to publish my work, but also because I learned a lot about writing and professionalism from the workshop with the contest judges. I was very lucky to attend the workshop and awards ceremony twice.”

He qualifies “career as a writer,” because he’s one of those guys whose background shifts in ways that make you wonder how that happened (I say that, speaking as a guy who started as an engineer, became a Human Resources professional, and then a writer). After collecting degrees from Brigham Young University and Baylor Law School, Stone worked on a congressional campaign and took a job in Washington D.C. When he left that role, he turned into a tech writer and web developer. Now he’s an assistant editor for Intergalactic Medicine Show.

He wrote fiction in college but set it aside to focus on his day-job career. In 2002 he picked it up again and found the experience he gained in his various roles added to his creative work. Writing for his jobs helped him focus on concise prose and gave him a better understanding of how people work their way through life. “I gained a lot of life experience, which allowed me to better understand what motivates people,” he said in an interview he gave SF Site.

Stone is a widely talented author who writes deep characters placed in settings that feel rich and intimate. The fact that he’s as comfortable writing hard Analog science fiction as he is writing fantastical worlds of magic and intrigue is probably testimony to his ideas about fiction itself. It seems to me that he is a storyteller at heart, a man who finds the vein of people inside his stories and then lets the genre fall out as it may.

That understanding of character comes out in stories such as his WotF story “Betrayer of Trees,” which follows a young man as he learns of and understands the true consequences of his actions. It also shows in his Nebula-winning novelette “That Leviathan, Whom Thou Hast Made,” published in Analog Science Fiction & Fact (September 2010), a story that created controversy in its exploration of religion and humankind as set against an alien world.

Looking back on it, perhaps you could have seen this coming from as far away as his process of participating in the workshop. In discussing this profile, Eric pointed me to his blog notes, wherein I found this little gem:

“Today we also did our ‘stranger interviews,’ wherein we were supposed to start up a conversation with someone and find out stuff about them, without letting them know that we were writers looking for material. This sort of exercise is always difficult for me. I did end up talking for a few minutes with a balloon lady. I also let myself be scammed for a couple of bucks by a woman claiming her car had run out of gas, and I talked to a young man who wanted me to donate to his environmental organization.”

So here you have a man who professes to have a hard time with these “cold call” conversations, but who somehow finds a way to have not one, but three separate experiences.

Yes, I think that says something about the way Eric James Stone goes about his work.

I think it says a lot indeed.