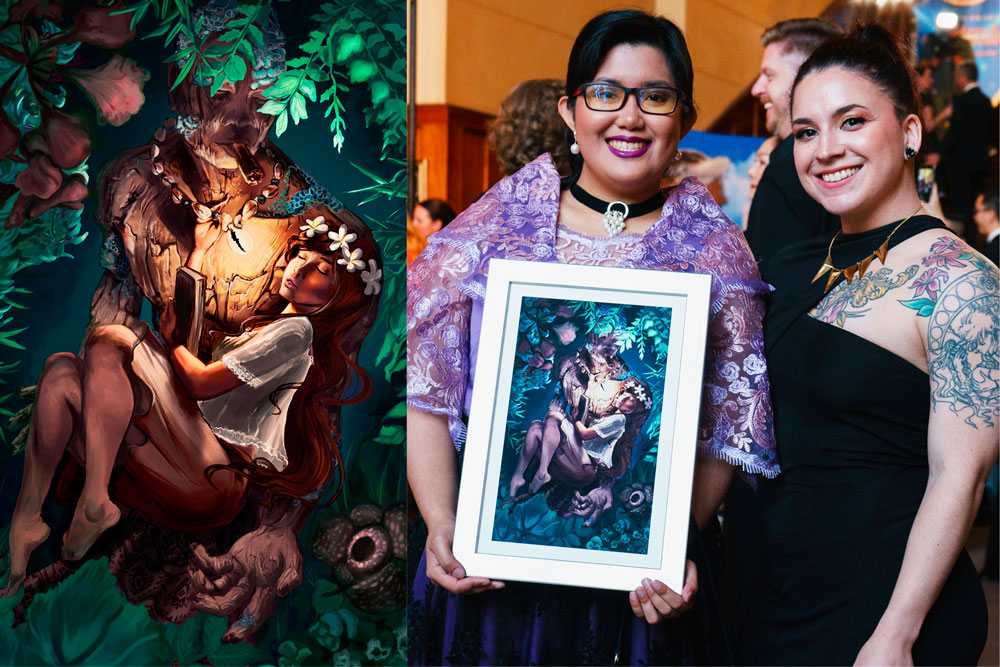 Vida Cruz, a resident of Manila, is the first Filipino writer winner in the 34-year history of L. Ron Hubbard’s Writers of the Future Contest. Not only that, she also took first place in the 2nd quarter with her Filipino style fantastic fiction story, “Odd and Ugly,” beating out thousands of other entries from across the world.

Booklist describes her story as “a deeply atmospheric and moving Beauty and the Beast tale incorporating Philippine myth,” while Publishers Weekly called it a “breathtakingly beautiful ode to transformation which stirs the imagination with Filipino folklore.”

Vida first started writing when she was 8 years old. But her career began in earnest as a journalist for GMA News Online followed by writing for Drink Editorial and Design Inc. and 51Talk Philippines.  To realize her dream of being a writer, it’s taken much hard work, ignoring the naysayers, and perseverance—but it has all paid off. For Vida, the future indeed looks bright.

As a role model for aspiring writers, her advice is simple. “This isn’t an easy road and there will be a lot of times when you will be disappointed. But you should keep at it because every word you write is an investment.”

The Beast in Vida’s story is a kapre, a fabled Filipino tree giant—a cigar-smoking beast of a nature spirit with a fraught history tied to African slavery. “I’ve had the image of a kapre and a girl looking at each other in my head for a long time, but I couldn’t get their story to work.” Then something clicked, and the story wrote itself in one week as Vida describes in this video interview.

The artist for her story is Illustrator Contest winner Reyna Rochin. Reyna talks about her visually rich depiction of the story (which has already sold at an art gallery as a painting) and how the Filipino culture has influenced her life.

In her award-winning short story, Vida shares an element of Philippine culture and mythology. The center of the piece is a kind-hearted kapre who falls in love with Maria, a human woman. Sound fantastical? But what if the kapre really lived? There are some who believe these tree spirits are more than just folklore and with good reason.

For the backstory of the kapre, watch the video produced by the Aswang Project on the origin of the cigar smoking giant from the Philippines.

As for Vida’s depiction of Filipino folklore and the kapre, you decide.  Read “Odd and Ugly,” available in L. Ron Hubbard Presents Writers of the Future Volume 34.

“As You Like It” Alien Style
Scroll to top