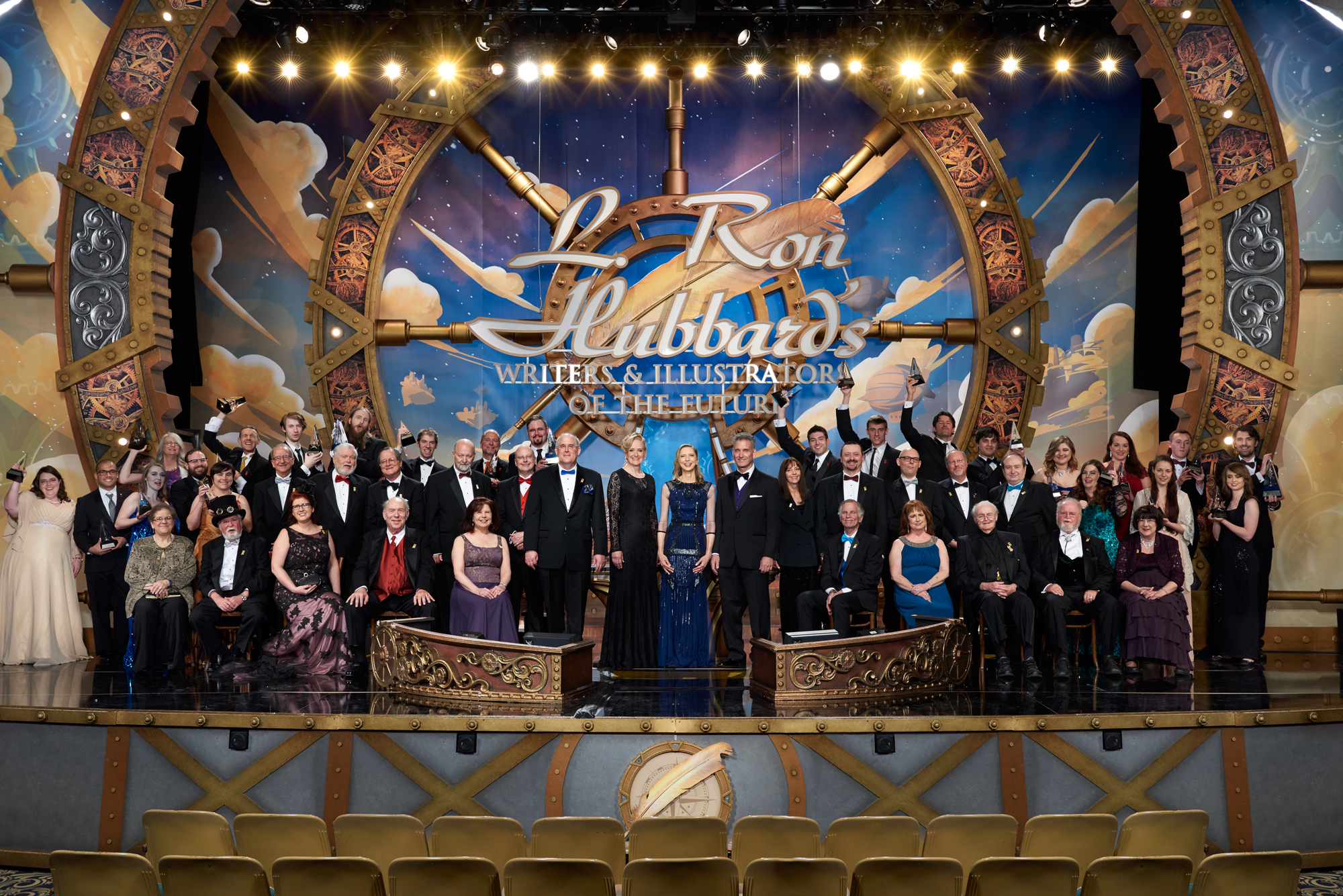 Then the final day came that we have all been building up for — the L. Ron Hubbard Achievement Awards.  Everyone had now been to the Ebell Theatre and seen what the stage was like and to get a glimpse of what it would be like looking out in the hall.  The tuxedos and gowns were properly fitted and everyone looked great.

Then it was a matter of getting from the Loews Hotel to the Ebell Theatre for an event that even Cinderella’s fairy godmother would not have been able to envision.

The winners and judges arrived and had a wonderful dinner which was followed by a red carpet media reception.  Seeing as how we have been promoting a Steampunk theme, we decided to take it to a whole new level with the dining room and red carpet all done with a Steampunk design.  The Star Wars Steampunk Universe was on hand to help celebrate the annual winners and to urge other aspiring writers and artists to participate in this free-to-enter contest.  Not only were the Steampunk characters on hand, but they even brought along a Strato Sculpin which was the hit of the red carpet!

Then everyone moved in to the hall for the start of the 32nd Awards Ceremony.  The opening with a “Steampunk Stomp” percussion performance made for an incredible start to the event.  This was followed by a video presentation, “Unlimited Imagination” — a tribute to writers, illustrators and artists anywhere and everywhere.  The judges and special guests were all recognized and a review of the last 32 years of the Contests presented.

Sergey Poyarkov, artist for this year’s cover, was presented the L. Ron Hubbard Silver Star Award for his 25th anniversary of having initially won the Contest, to becoming a judge and for introducing the contest to hundreds of potential artists to this contest.

Kellie Gerardi, Media Specialist of the Commercial Spaceflight Federation and a candidate for the first manned mission to Mars, was the keynote speaker and was amazingly inspirational talking about the future of space flight.

All the winners were presented their awards and made some of the most heart-felt speeches I have ever heard.

Writers of the Future Volume 32 was then officially released and everyone encouraged to get their copy and have it signed by the winners after the event at the reception.

The evening completed with 1,000 guests  approaching the winners who graciously (and quite enthusiastically)  autographed books for the next hours. 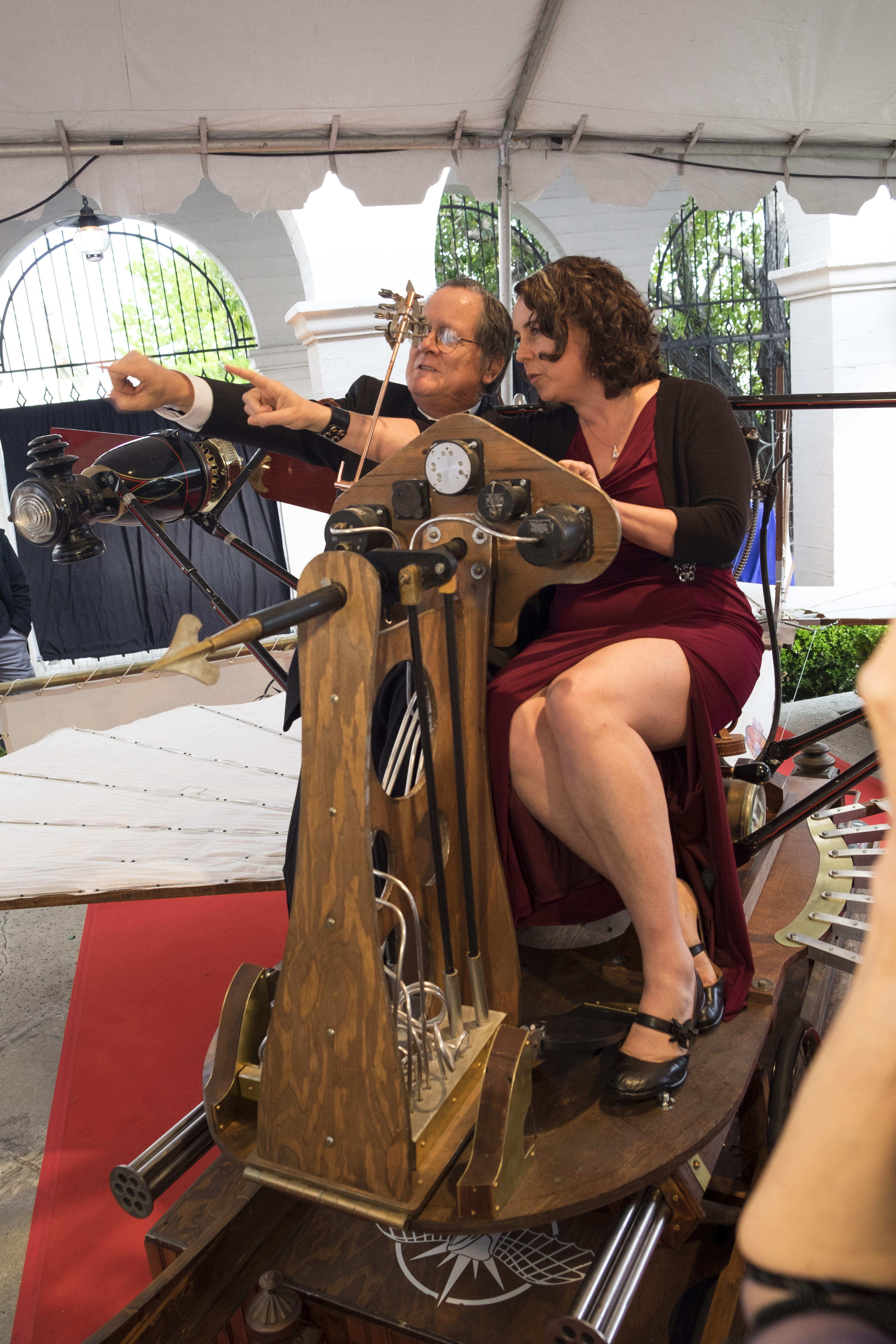 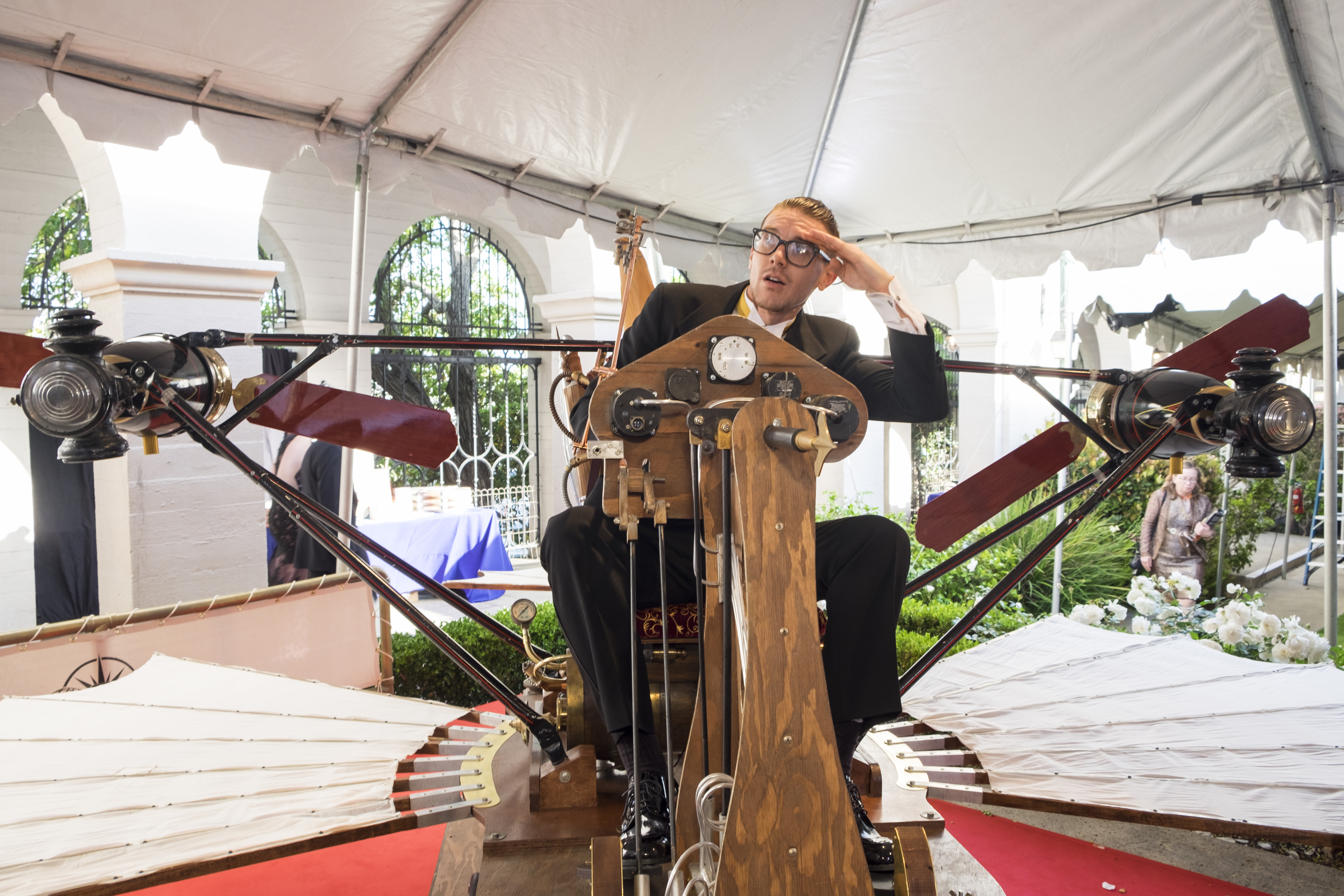 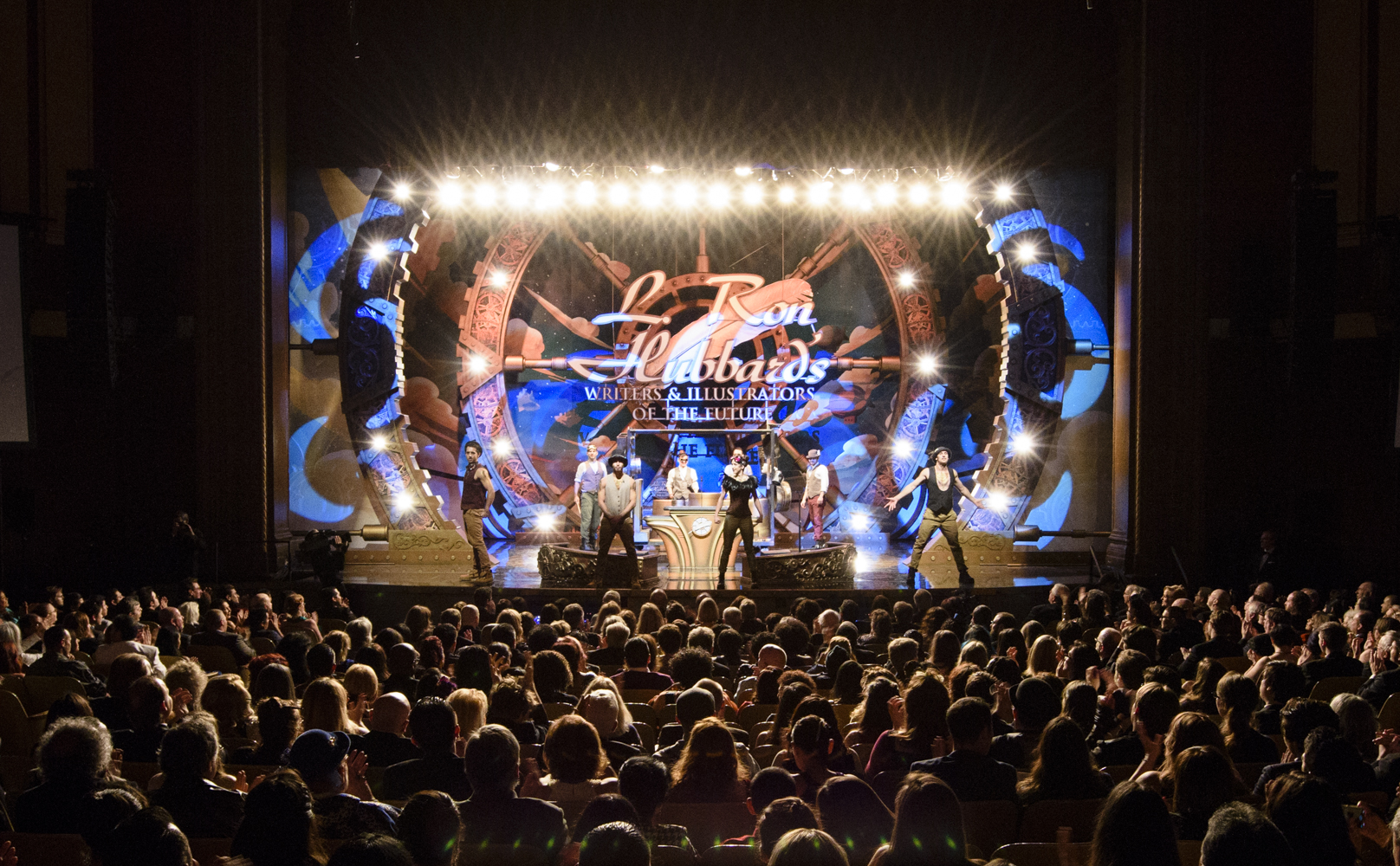 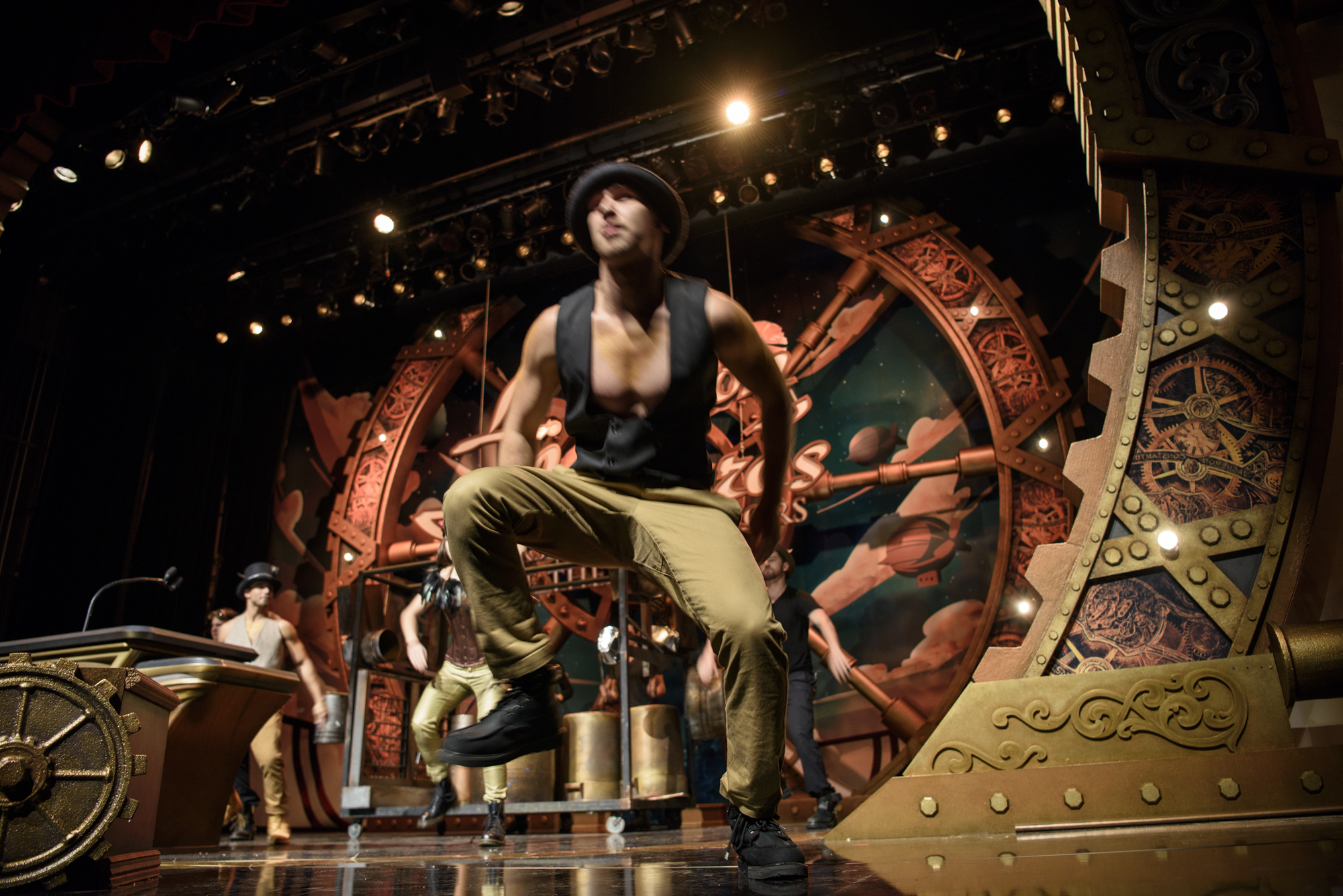 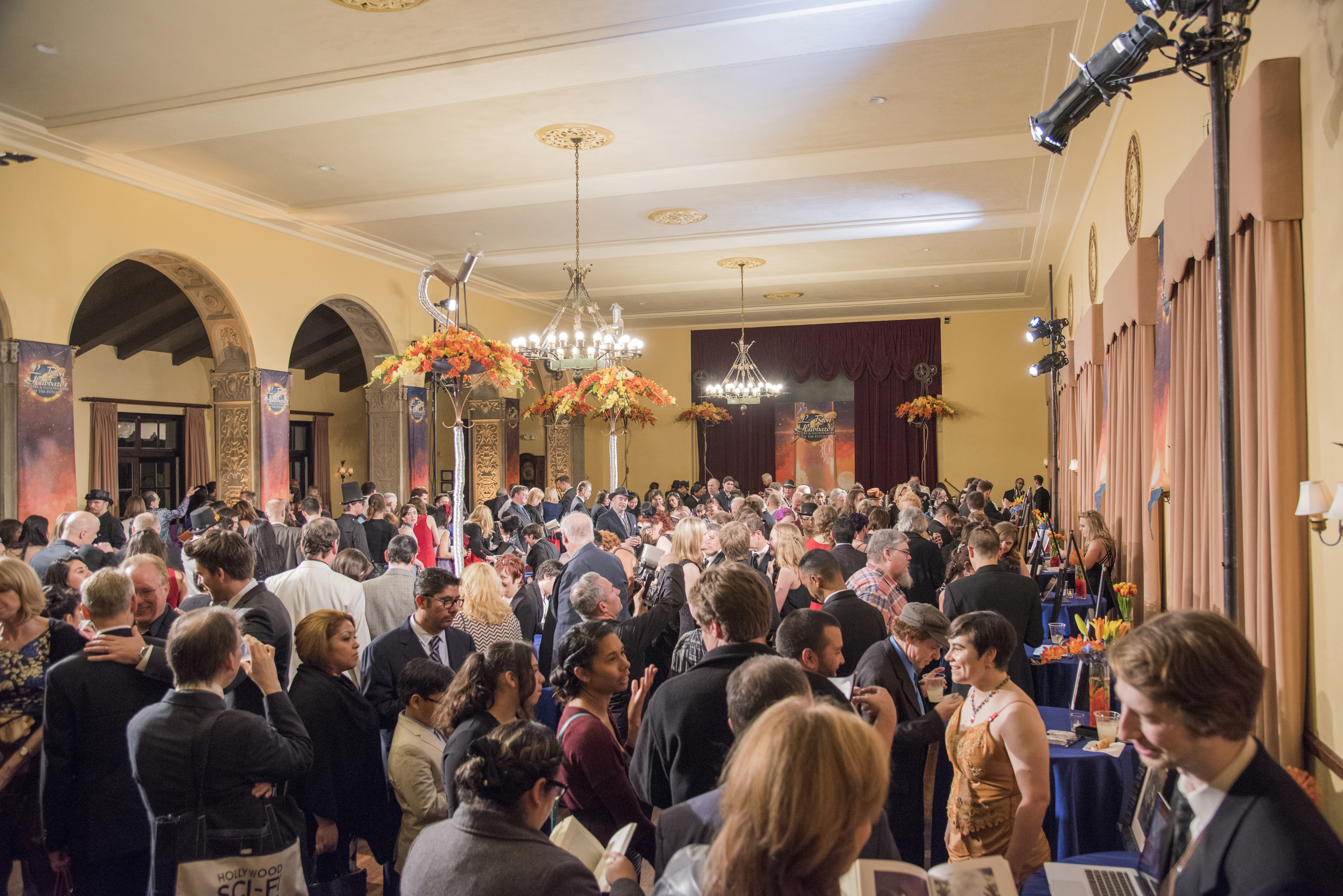 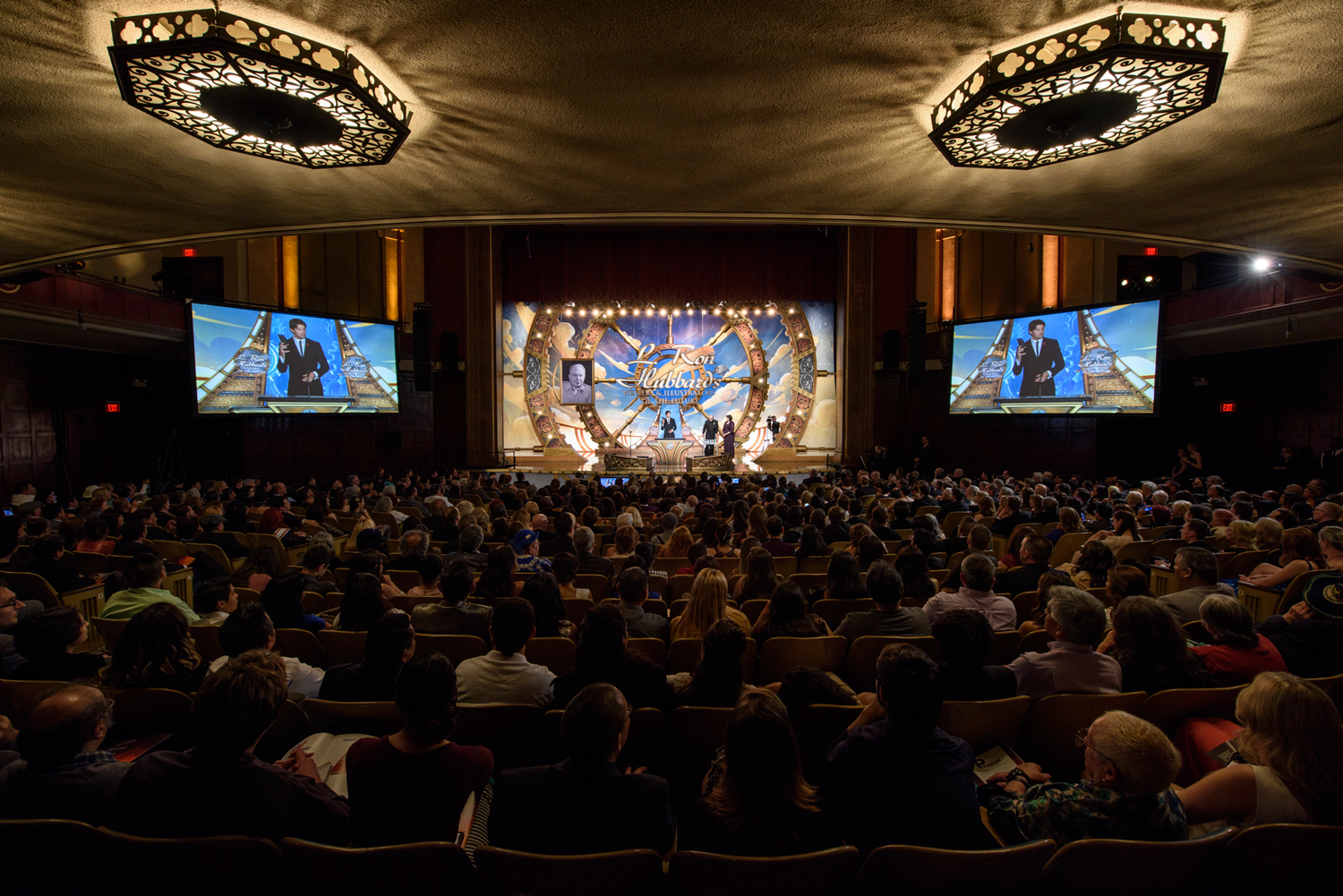 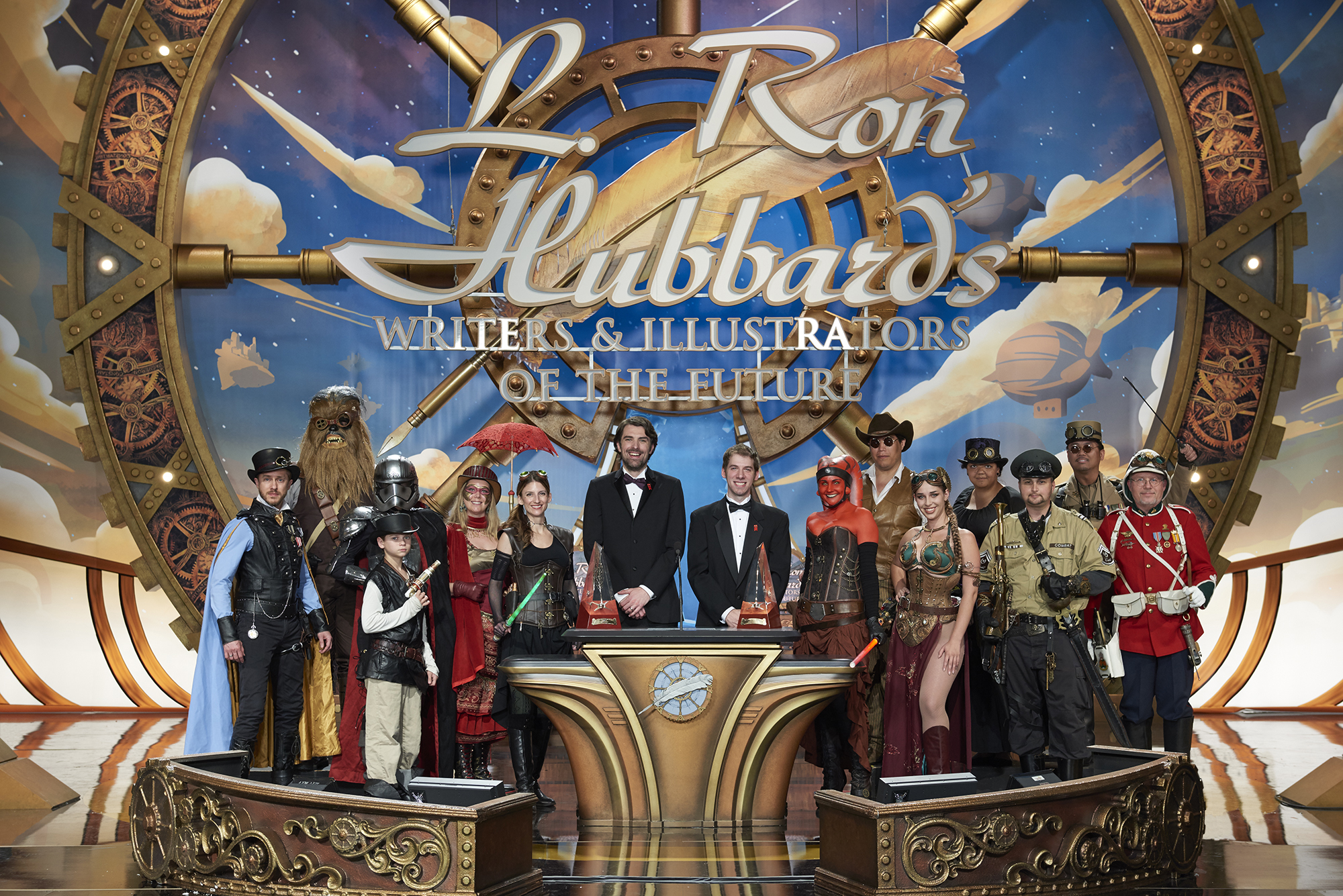 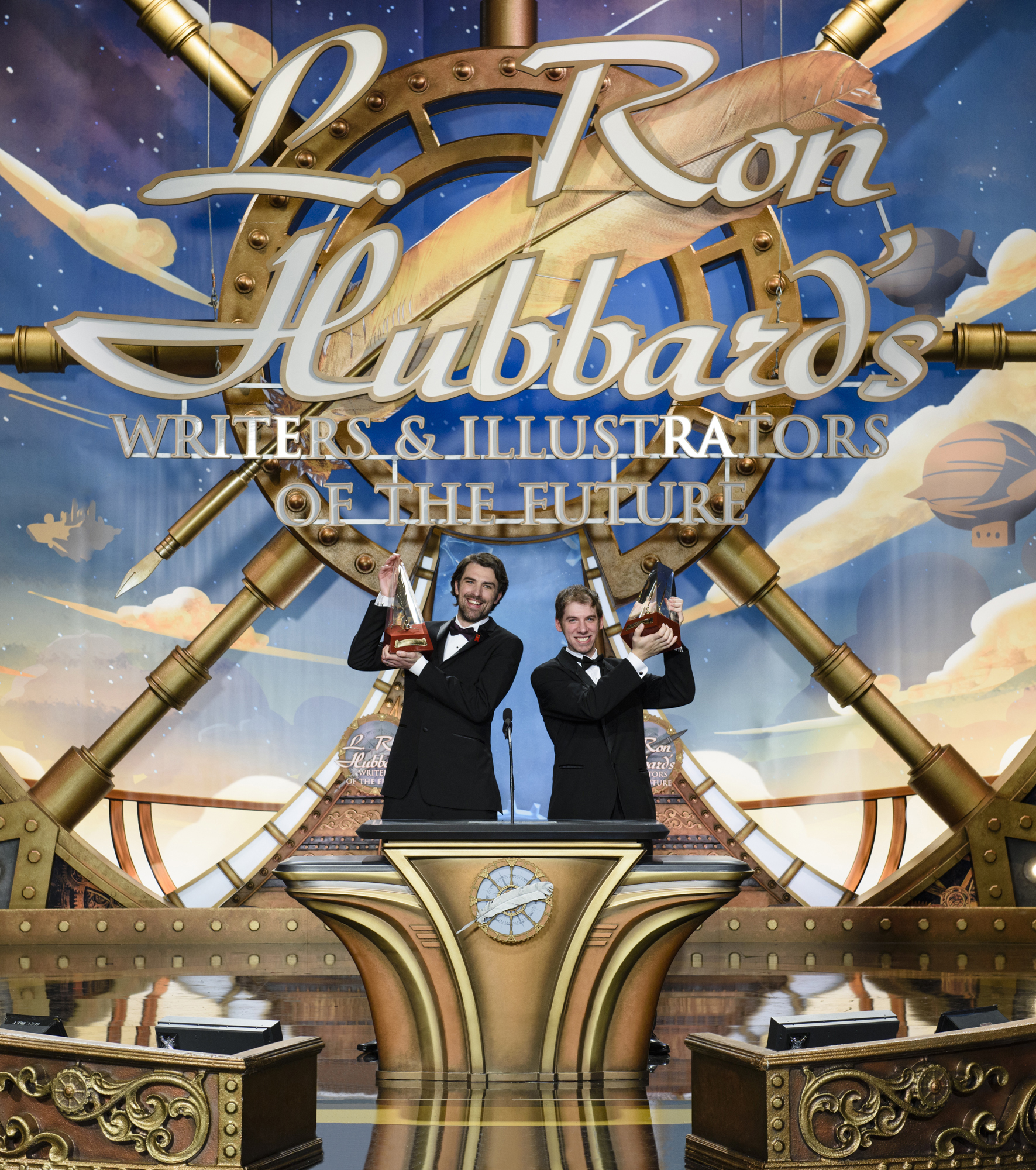 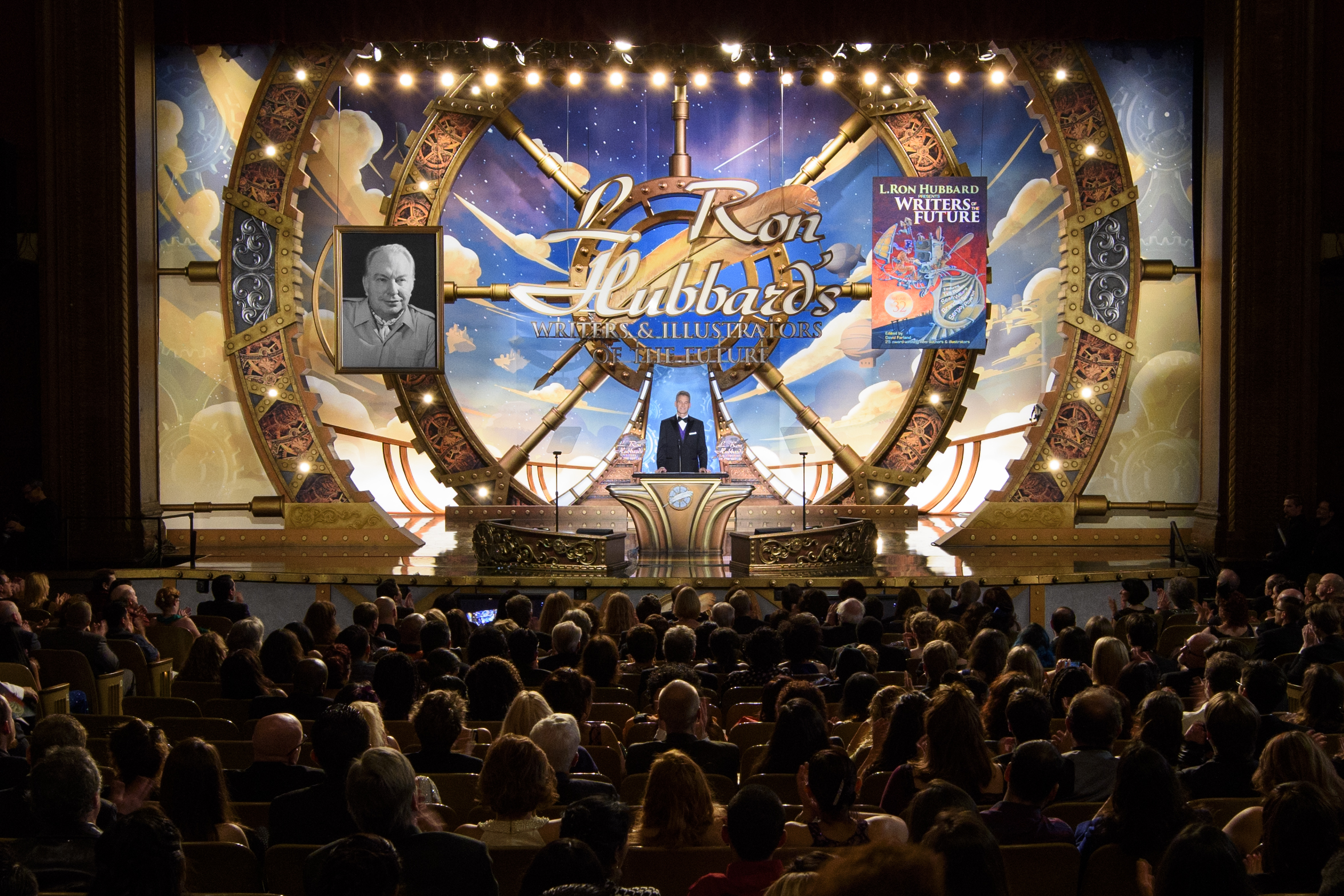 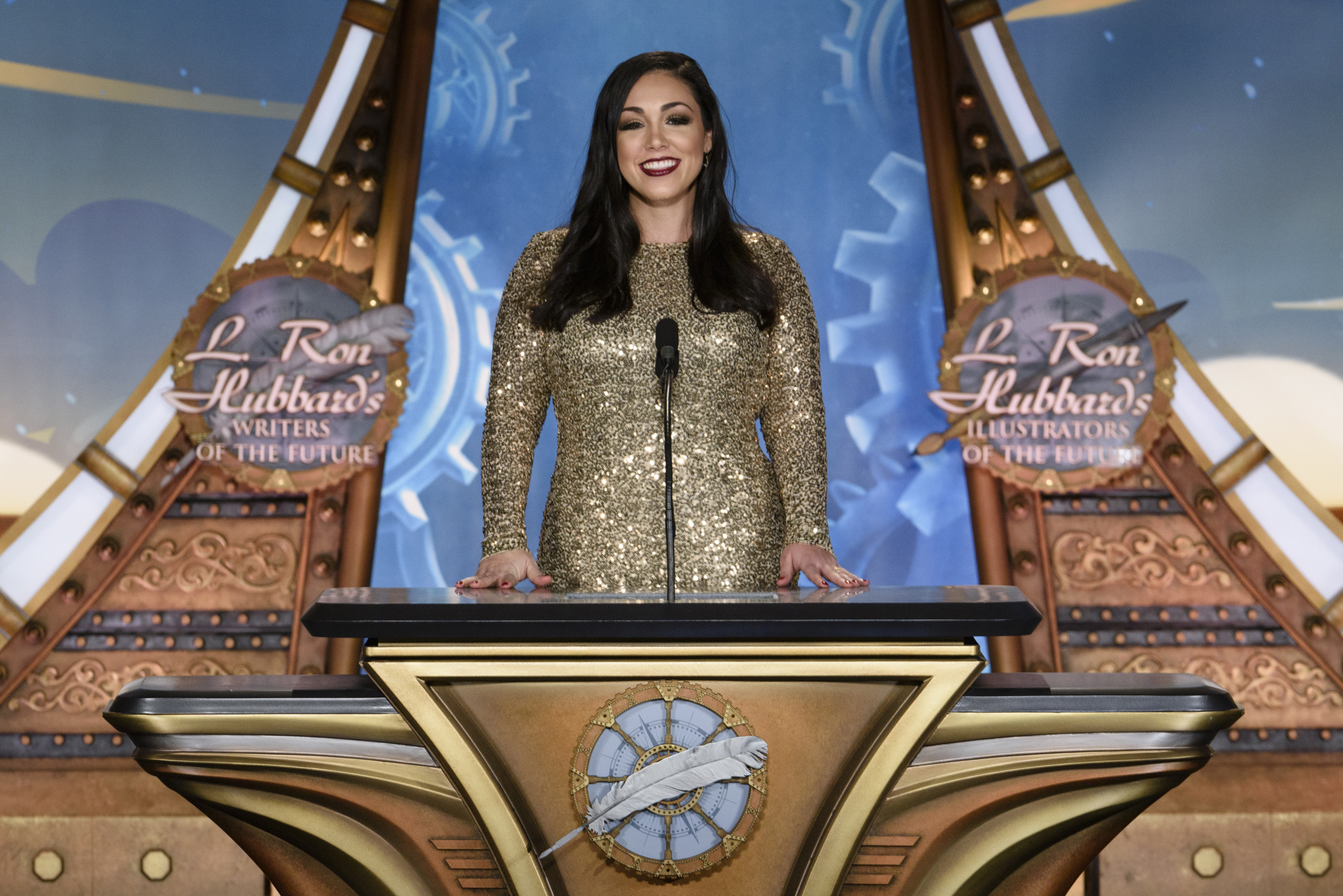 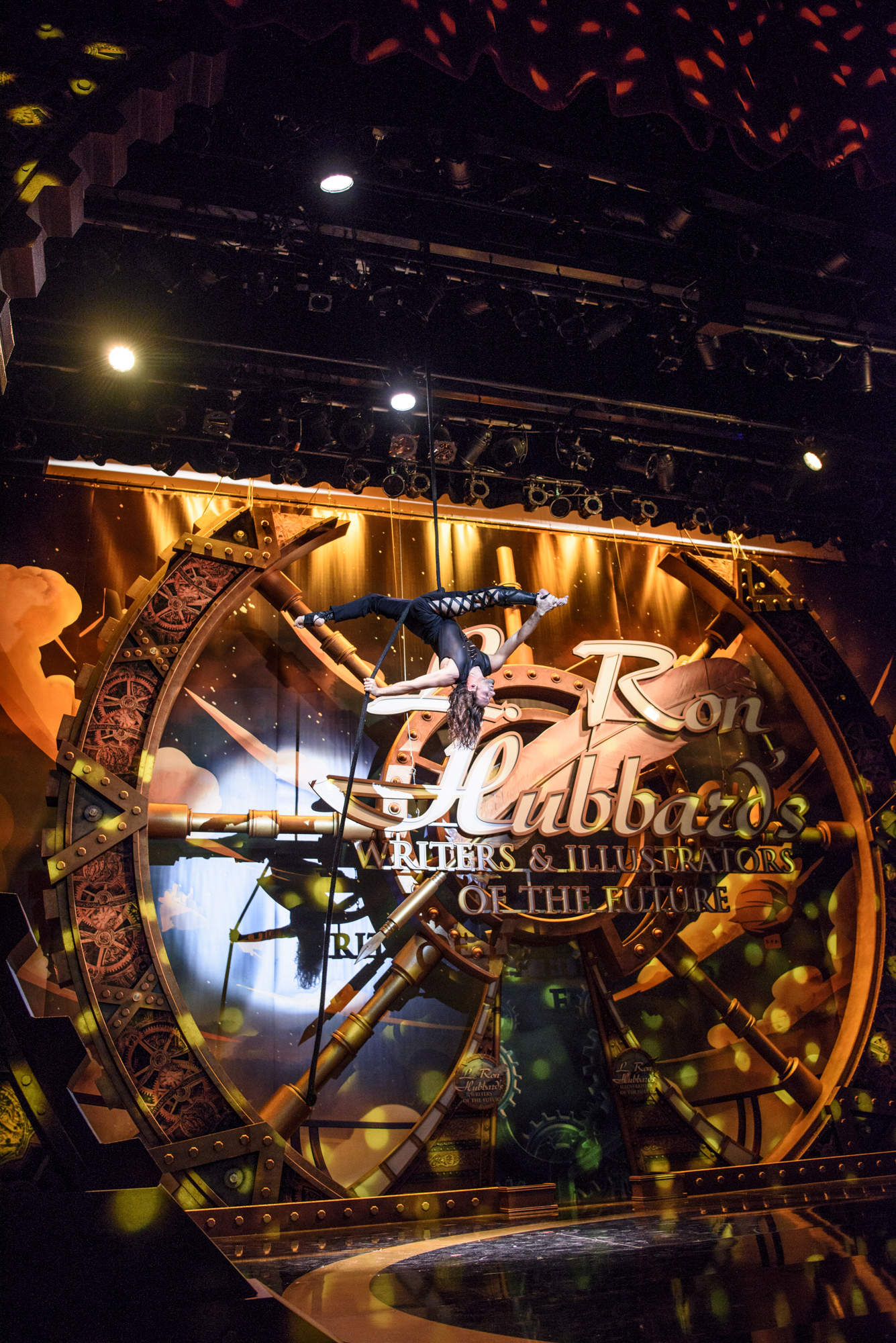