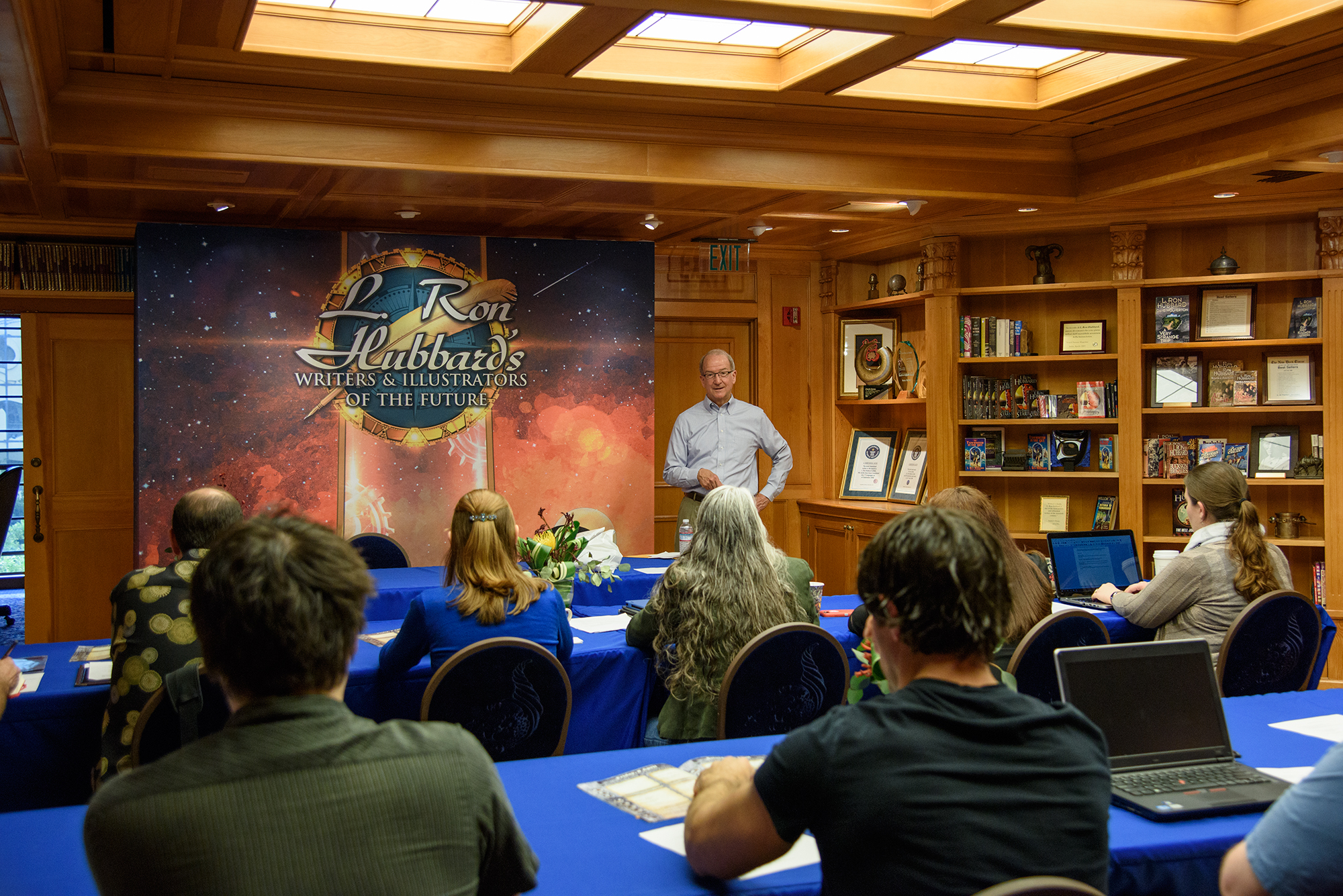 Day six began bright and early with an excellent talk by Dr. Doug Beason about handling science in fiction. He provided extensive resources for the writers to use for story research. He stressed that, no matter what you do, you’re going to get something wrong, and that’s okay, as long as you’re consistent with the world you’ve created.

Nancy Kress then stepped up to share her knowledge. She’s a lover of stories wherein a character changes, and said that, “If all of these goings on don’t affect your characters, why should they affect me?” She also restated the importance of doing one’s research, and said, “If you want us to believe in your stories, you need to check your science.” Nancy shared her “swimming pool” method of pacing. She says that the harder you kick off, the longer you can glide. She recommended working with your biological rhythm as much as possible – make time to write when you’re at your freshest.

Todd McCaffrey was up next. He addressed the importance of finding true, diehard fans, and gave overall advice on how to interact with your fans once you have them. He also advised the writers to find the writing time that works best for them.

Then Mike Resnick and Eric Flint took the stage. Mike talked movie deals and what was worth negotiating hard for, and had the writers laughing the whole time. Julie Frost asked Mike to talk a little bit about his magazine, Galaxy’s Edge, and he happily obliged. Eric told the writers that the best promotion they can do is to write the next book, because you never know which one will be a hit.

Eric James Stone and James C. Glass spoke to the class as veteran returning winners, and gave heaps of advice on handling book signings and your career post-contest.

Larry Niven then addressed the winners, and told many rich stories of his experiences collaborating with Jerry Pournelle. When asked how he approaches research, he said, “Everything we do is research.” He also gave the writers permission to bend a law of physics if they have to.

Then yours truly, Megan E. O’Keefe, and Laurie Tom were up to discuss our experiences post-win. We shared stories about dealing with editors, selecting an agent, and maintaining momentum after the win. Kary English, Steve Pantazis, and Martin L. Shoemaker then stepped up to offer their own advice on handling imposter syndrome, and being careful about which opportunities to accept post-win.

The judges were then whisked away for rehearsal, and the winners went downstairs to get some last-minute advice on their speeches before the big award ceremony tomorrow.

Day 5 – Illustrators of the Future Workshop

The workshop instructors held a portfolio review for the illustrators. The instructors covered topics from composition, scale, devices for effective storytelling, value hierarchy, edge variation and color. This group critique is a key part of the workshops that help to prepare the illustrators before they head out into the market place.

Olivia Wise was the last presenter for the day. She graduated from the illustration program at California College of the Arts. She has been recognized by the Society of Illustrators, American Illustration and is represented by Private View Illustration agency in the UK. Olivia has mainly worked in the editorial illustration market doing numerous assignments that include spot illustrations, posters, covers and magazine spreads. She also covered topics like invoicing, project deadlines and her illustration process. Olivia also does a great deal of personal paintings, she finds that it’s a great opportunity for her to experiment and make new discoveries in her work. 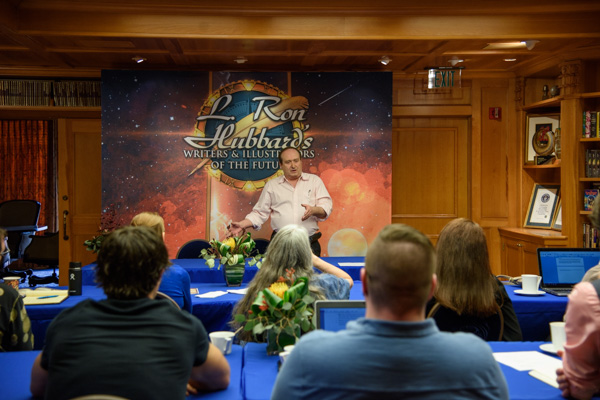 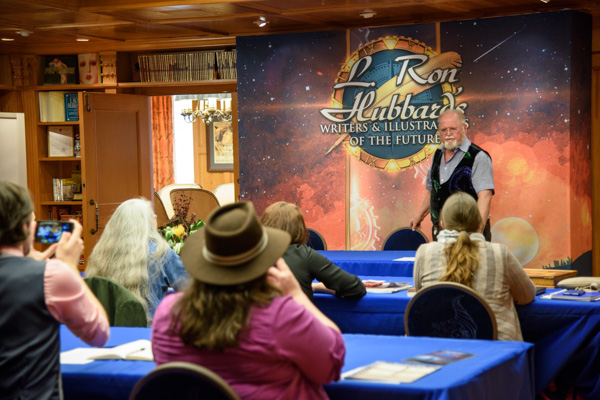 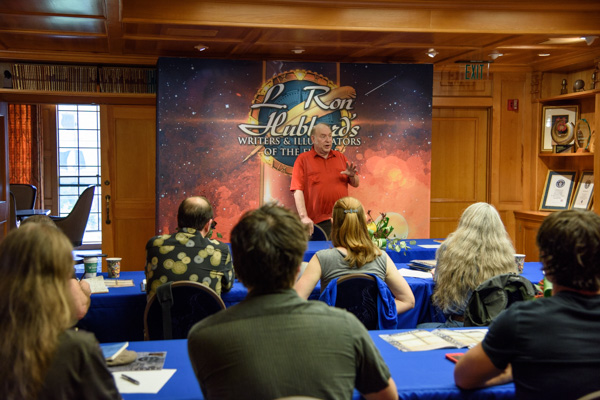 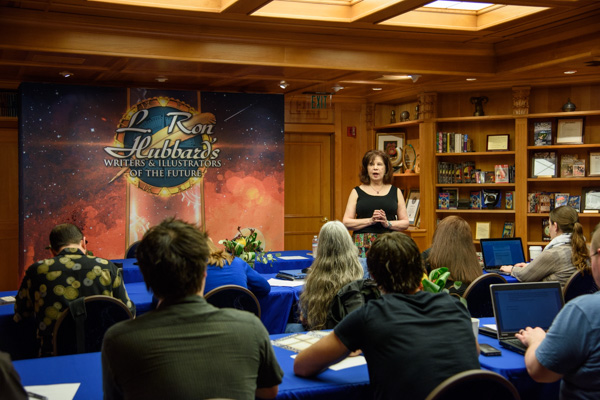 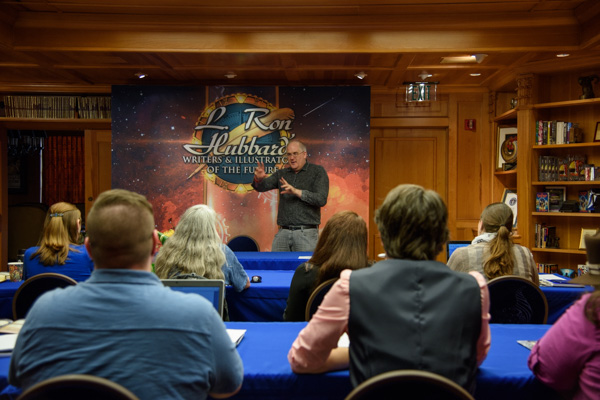 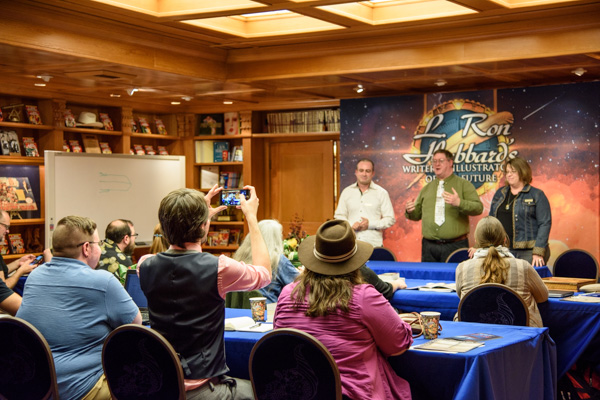 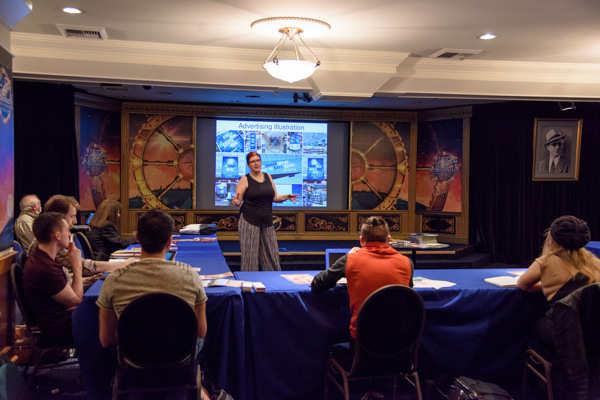 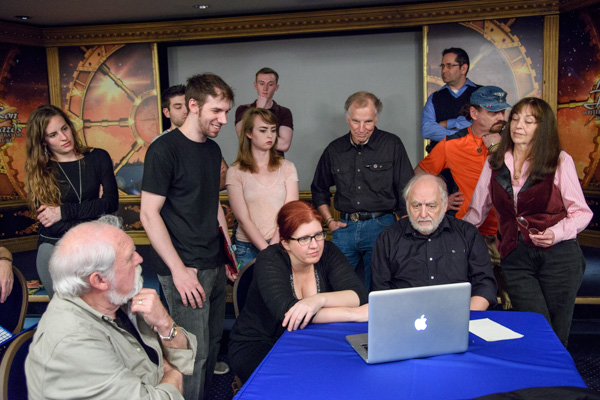 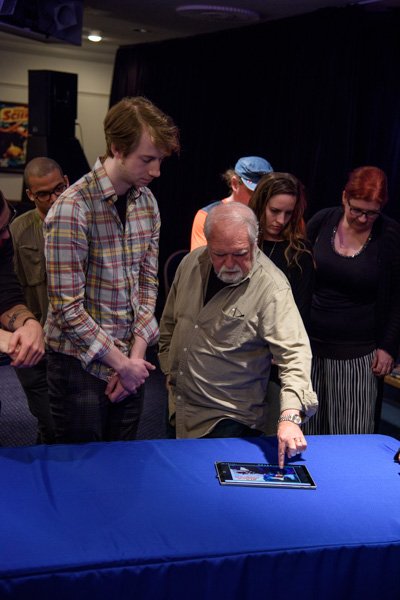 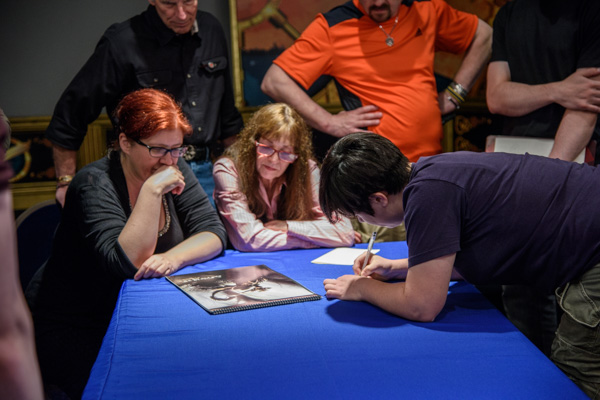 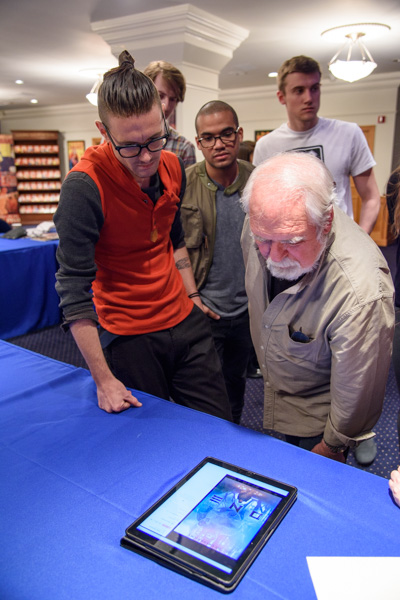