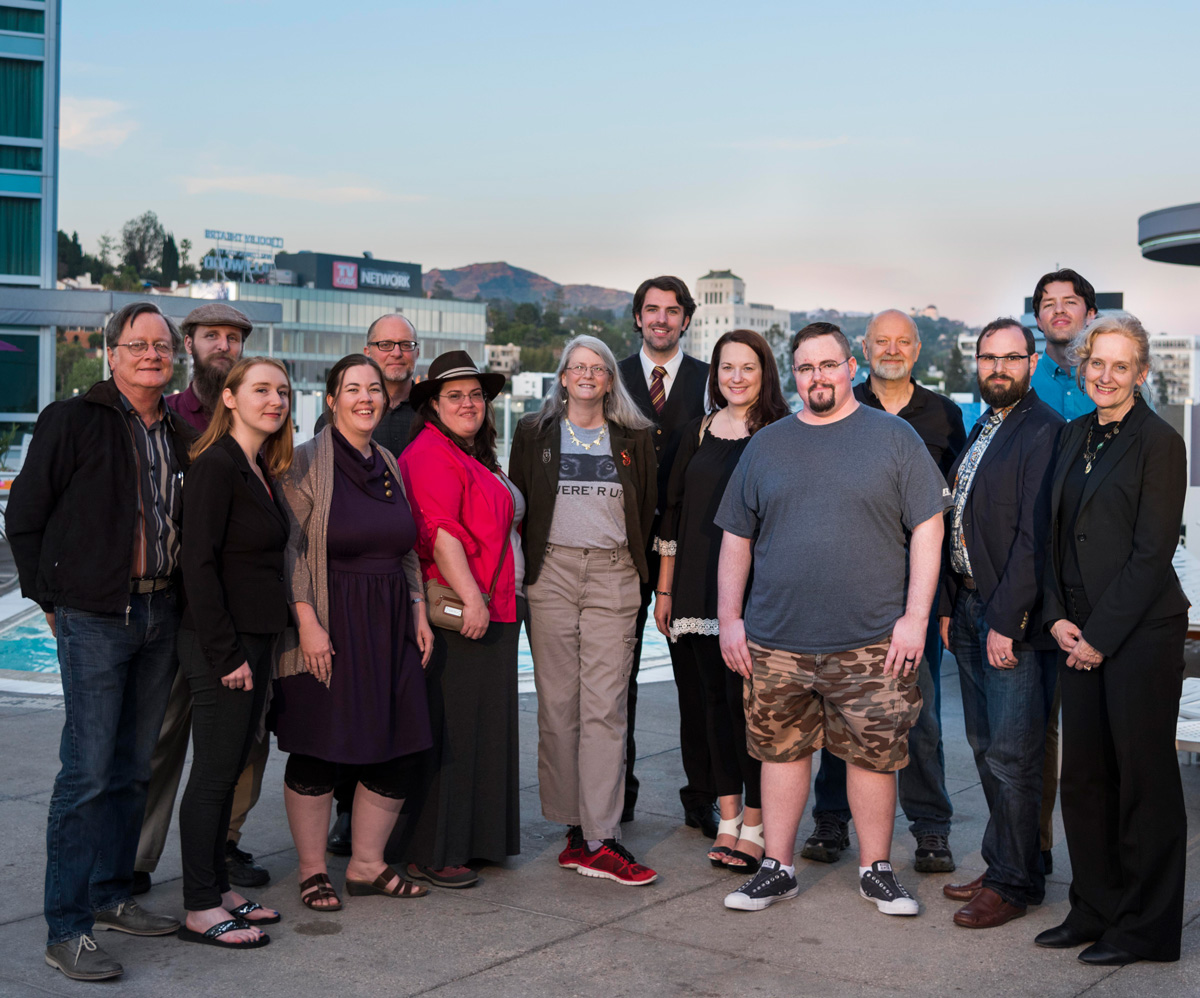 Every year the Writers of the Future workshop expands its horizons. It brings in NYT bestselling authors from around the world, hands out wonderful prizes, spends a full week training that year’s crop of up-and-comers, and then twirls them out onto the red carpet to celebrate their success. That can be a lot for a group of new writers to take in, but this year’s winners are wading into the fray with aplomb.

The first of the winners I had the pleasure of meeting were Stephen Merlino and Jon Lasser. They stood on the pick-up curb at LAX, smiling despite the wind and the Los Angeles heat, as the car sent from Author Services swooped in to pick them up. Once settled in for the ride, they fell into chatter like old friends, though they’d only just met a few moments before. Their energy and good humor carried them into the lobby of the Loews Hotel where the other winners awaited. Despite all meeting in person for the first time, the group gelled instantly and high-fives were shared.

After quick introductions and a break for dinner, the writers were ushered upstairs to formally meet their workshop week instructors, David Farland and Tim Powers. Workshop materials were handed out, and the schedule explained, but most of the time was spent answering questions and cracking jokes.

Though the week ahead may be daunting in its intensity, I have a feeling this year’s winners are going to tackle it with gusto and come out the other end with fresh knowledge and fresh friendships. 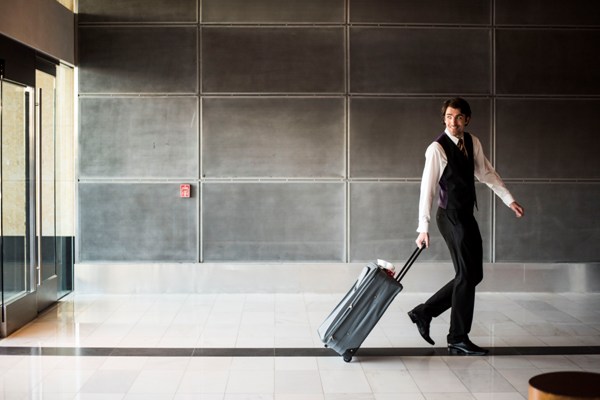 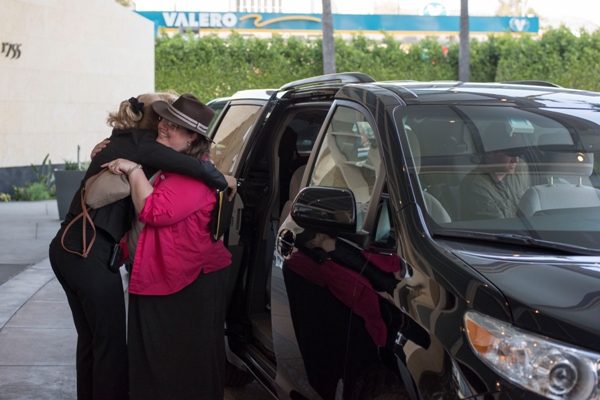 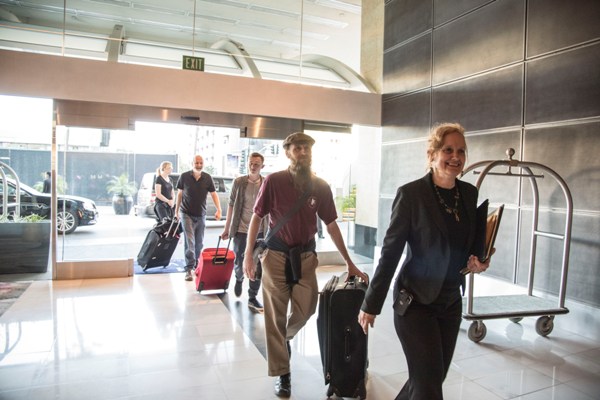 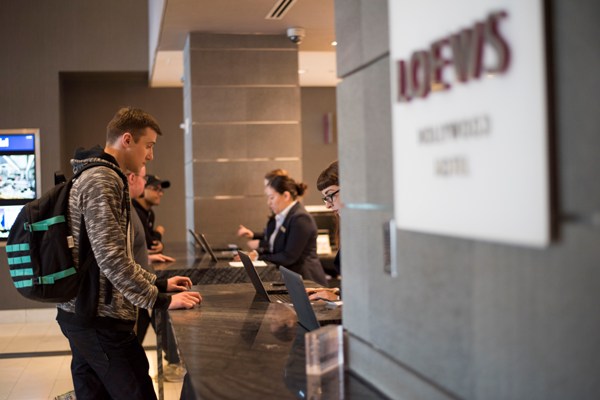 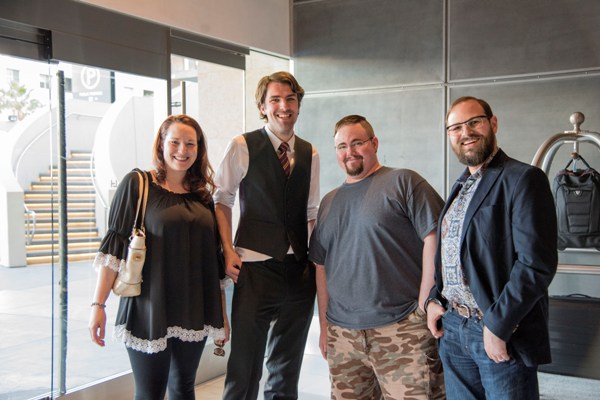 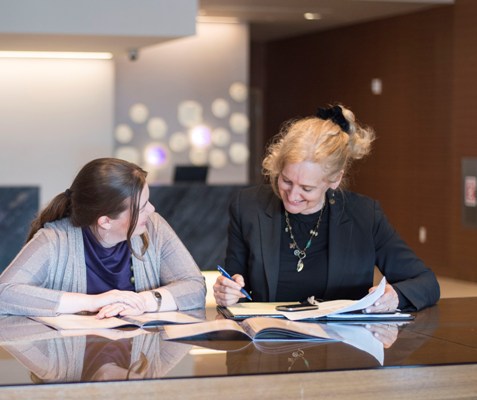 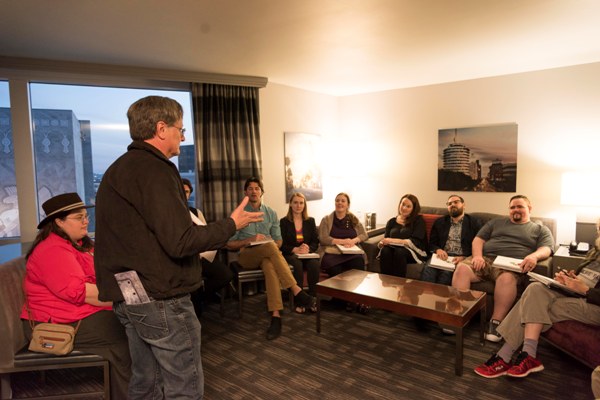