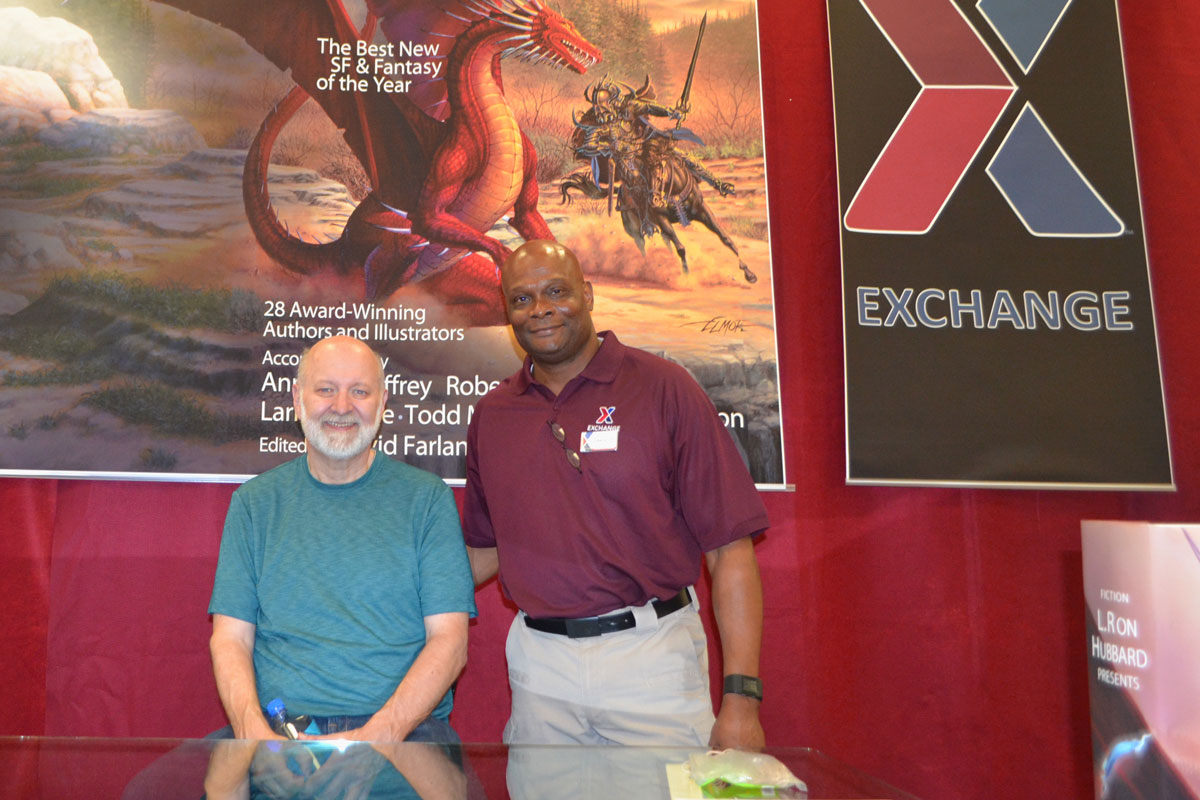 The air force base previously known under several names was renamed on the 30th of April 1950 in dedication to Lieutenant William Harrell Nellis, a graduate of Las Vegas High School who served in General George Patton’s Third Army. Nellis was a WWII fighter-pilot war hero whose career ended during the Battle of the Bulge. 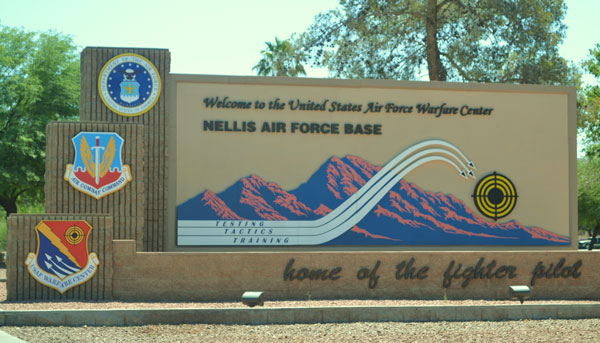 As there are many service personnel who enter the Writers of the Future Contest annually, it was only fitting for us to visit one of the largest bases in the United States— Nellis being the “home of the fighter pilot,” with the USAF Fighter Weapons School and premiere pilot training base for US and allied forces—to let military personnel and their families know that they too can and should enter the Contest.

The Base Exchange set up a huge booth that resulted in a constant stream of people to meet and talk to the New York Times and international bestselling author David Farland during his two-day visit.

The weekend was best summed up by David who stated, “I was tremendously impressed by the men and women we met in our military at Nellis. Not only were they excited to see us, but their intelligence, dedication, and commitment were off-the-scale.  I’ll be very interested to see how many of these people end up entering the Contests in the future.”