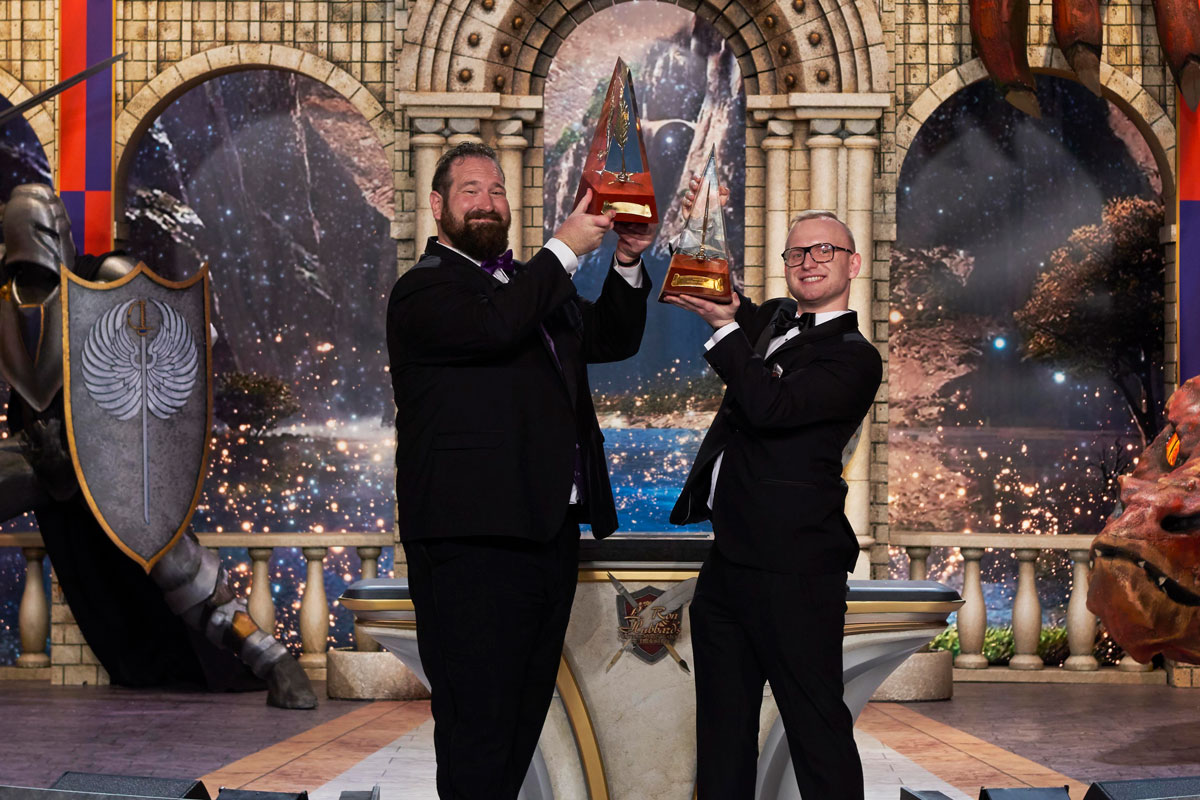 This past week I’ve been judging Writers of the Future. Most of the stories come to us electronically, so much of my day is spent opening files, taking a look at them, and then putting in a review–usually one that says “Rejected.”

I hate that “Reject” button, and I may ask our programmers to give it a title that is a little less offensive, something like, “I’m afraid that this doesn’t meet our needs at the current time.”

Seriously, though, I sometimes wish that I could explain to a young writer why I’m passing on a story. So I’m going to talk about it here.

Here are ten reasons why I reject stories quickly—usually within the first page:

1. The story is unintelligible.Very often I’ll get submissions that just don’t make sense. Often, these seem to be non-English speakers who are way off in both the meaning of words, their context, or in their syntax, but more often it’s just clumsiness. I’ve seen college presidents who couldn’t write. But this lack of care is on a gradient scale, from “I can’t figure out what this is about” to “I don’t want to bother trying to figure this out” to “there are minor problems in this story.” For example, yesterday a promising story called a dungeon the “tombs.” Was it a mistake, or a metaphor? I don’t think it was a metaphor. The author had made too many other errors where the “almost correct” word was used.

2. The story is unbelievable. “Johnny Verve was the smartest kid on earth, and he was only six. He was strongest one, and the most handsome, too. But the coolest part was when he found out he had magical powers!” At that point, I’m gone, and not just because there were four uses of “was” in three sentences.

3. The author leaves no noun or verb unmodified. Sometimes when an author is struggling to start a story, he will try to infuse too much information into a sentence: “John rubbed his chapped, dry, sand-covered hands together grimly, and gazed thirstily over the harsh, red, crusty deserts of a deserted Mars.” I may put up with one sentence like that in an otherwise well-written story. You put two of those sentences together on the first page, and it really bogs a story down. Unfortunately, if you’re in a modifying mood, you might just start looking for reasons to add unnecessary adjectives and adverbs, and that will kill your pacing. People who do this on the first page of a manuscript will do it throughout. Very often these modifications turn into “purple prose.”

4. Nothing’s happening. I read one where a girl, Marcy, gets out of bed, puts on her clothes (after carefully selecting each item), eats breakfast, and goes to the school bus. It was written well enough, but at the end of a couple of pages I started wondering when the story was going to begin. It really didn’t matter. It hadn’t begun yet, and the author had wasted too much space. I call these the “Never Beginning” stories. Often the inciting incident does occur, but I literally see stories that go on like this for 20 pages, as if the author is merely chronicling a day in the life of their protagonist. It really doesn’t matter if something happens or not. If nothing significant occurs in two pages, and I don’t have any reason to go further, I have to reject the story.

5. A major element is left out. An “element” of your story includes your character, setting, conflict, theme, and treatment. Yesterday I read a promising story about a young woman who sings magical crystals out of the ground. The author had good penetration, good voice and inner conflicts. Unfortunately, after five pages I still didn’t know where the story was set. Originally I thought the protagonist was mining in a cave, but then found that she glanced up at the sun. Were there trees in the story, mountains, clouds? I’m not sure. The author never mentioned them. Very often, I think that new authors neglect to put in elements like a setting just because they’re unsure how to weave that information in. But that kind of information needs to be there. Here’s a hint—if you don’t tell me your protagonist’s name in the first two paragraphs, I’ll probably reject the story. Why? Because long experience has taught me that if you make that mistake, you’ll probably leave out other vital information, too.

6. The author is unable to “imply” information. Consider the following sentences. Which one do you think the author should use to convey the intended information?

You’d be surprised by what people write. I once had a woman who “shook,” and it wasn’t obvious that she was shaking someone’s hand until three sentences later. That’s a case where the author thought that his sentence implied more than it did. A few stories later, I got option number five, which was vastly overwritten. Here’s a tip: since we typically have to reach out to shake someone’s hand, the words “reached out” in each of the above sentences are already implied, and probably are unnecessary. In the same way, when we stand, we don’t need to add the word “up.” If we sit, we don’t need to add the word “down.” If someone “nods,” we don’t have to add the words “his head.” No one ever nods his knee. Authors who are unaware of how to imply information will almost always overwrite their stories, adding entire scenes that don’t need to be there. Either that, or they’ll leave out a great deal of vital description. Rarely will they do both.

7. There simply isn’t a story. You would be surprised at how many pieces come in that are philosophical diatribes, or letters, or reminiscences. Those are rejected instantly.

8. Oily tales. Some authors think that readers like to be shocked, so they struggle to be as bloody, violent, disgusting, or perverse as possible. One must remember that if you’re submitting to a major contest, the winning stories will be published. Any story that you submit that is not fit to be read by a high school student is, in my opinion, fatally flawed and will be rejected. Profanity may be edited out, but if vile content is what the story is about, then you need to be submitting to someone else.

9. Non-formed stories. A lot of people are submitting flash fiction, a few paragraphs that might be interesting but which usually don’t have much to offer. I can imagine a rare circumstance where a flash fiction piece might win, but when placed beside a long, formed story, flash pieces almost always suffer by comparison because the conflicts in the piece never get properly developed and resolved. The same is true with japes (stories that start as stories and end as jokes).

10. The tale is out of chronological order on the micro-level. Some authors love this construction: “John raced out the door, after brushing his teeth.” So I as the reader am forced to imagine John rushing out the door, then back up and imagine the tooth-brushing scene. If I see two of these in a short story, I’ll forgive them. But if I get two on the first page of a story, I’ll show no mercy. The reason is simple: the author almost always makes a lot of other errors, too, which will show up as unneeded flashbacks and as unnecessary point-of-view shifts.

But what if you’re not the kind of author who makes simple, careless mistakes? What if you’re conscientious, hard-working, and have a decent idea for what it takes to tell a story? I’ll go over some other problems in the future—the kinds of things that might not get your story rejected, but won’t let it climb above “Honorable Mention.”

Focus on Ken Liu: Writers of the Future Volume 19 Finalist