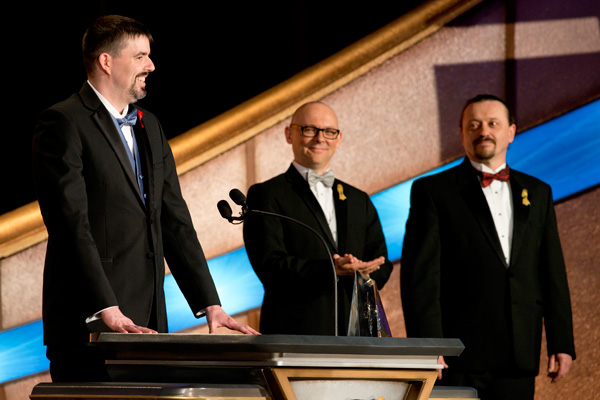 Although some of the winning stories contain a sense of humor, it isn’t often that one wins that is humorous. But, that’s exactly what Daniel J. Davis’ story is and here is the story behind what inspired him to write it. 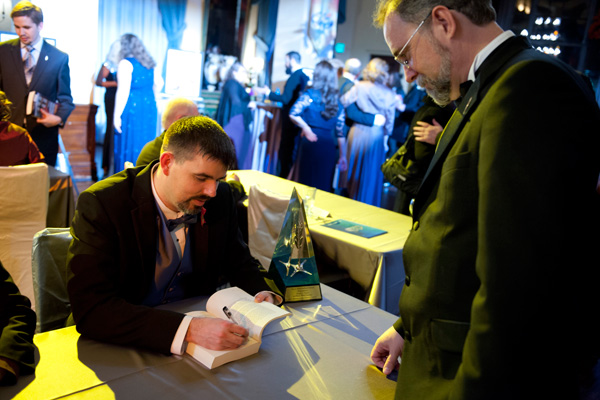 Daniel signing a copy of Writers of the Future Volume 31 at the Annual Awards after-event party.

“The central character, the death god Zu’ar, is based on my Chihuahua mix. Like Zu’ar, he’s a rescue with occasional attitude problems. We’ve adopted another rescue since, and most of our friends have adopted rescues. Rescues are wonderful. But it takes commitment and work to provide them with a loving home. I wanted to find a way to express that, while still pursuing my main goal of making the reader laugh.”

In addition to the story being about a rescue, there is another side to why he wrote it. As he tells it, “One of the things I struggle with is PTSD. I was medically retired from the Army because of it. At times, PTSD makes it difficult to see any future for yourself. It gets hard to see ‘Life after the Trauma.’ Writing this story, and being recognized for it, is a very personal victory for me. The story has nothing to do with my bad memories, nothing to do with my condition. It’s a simple piece of entertainment, in which I’m able to make the readers laugh and smile.

“‘The God Whisperer’ represents a kind of hope I didn’t always believe was possible. It’s a tiny little glimpse of Life after the Trauma.”

To get a sample of the story, listen to Scott Parkin’s audio excerpt here.

As with the other winning stories in the anthology, one of the Illustrators of the Future Contest winners was assigned to illustrate Daniels story. That artist was Alex Brock. 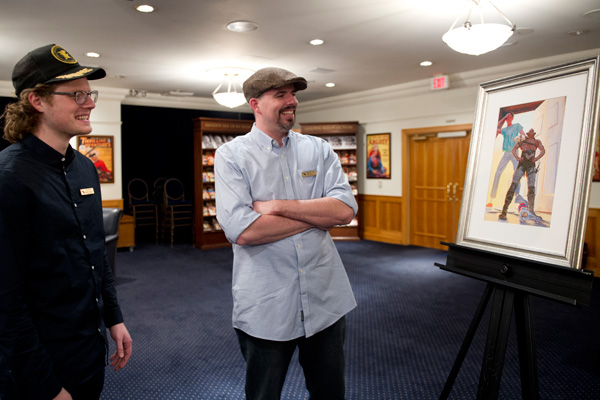 Alex is an art student attending his last semester at the University of Arizona. He loves all things fantasy and creepy which made him a perfect match for “The God Whisperer.” With his work, he strives to bring things that don’t exist in our world into reality. In his artwork for the story, Alex successfully captured not only Zu’ar’s attitude but also the humor of the story.

Tomorrow is International Star Wars Day and it is also the official release of Writers of the Future Volume 31. So, to Daniel and Alex and all the winning writers and illustrators in this latest anthology published by Galaxy Press …

MAY THE 4th BE WITH YOU.

Now Available – Writers of the Future Volume 31
Scroll to top