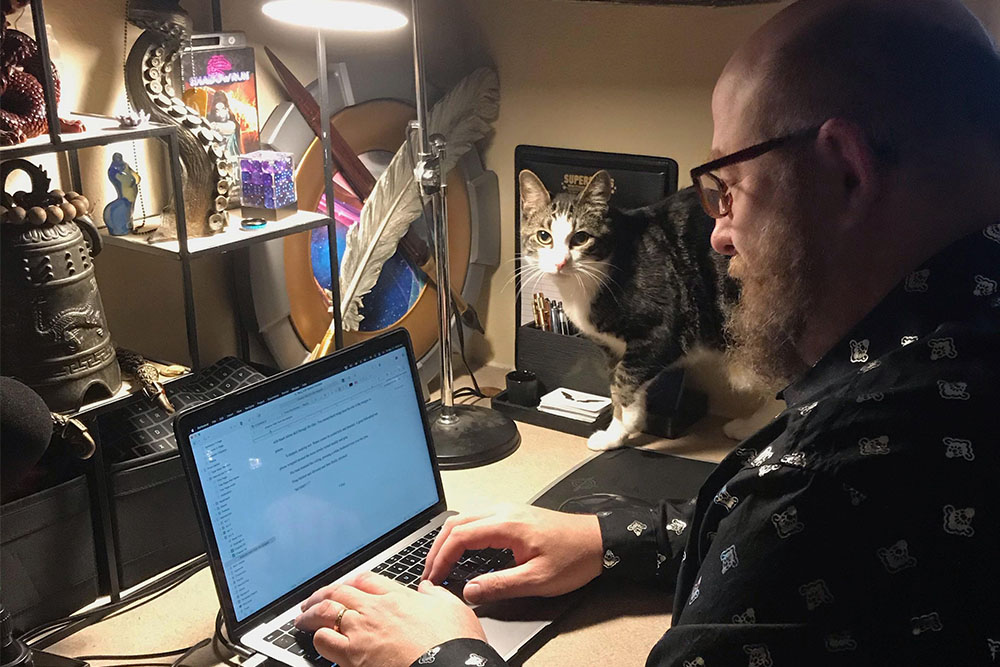 Lazarus Chernik is an experienced Creative Director, Brand Manager, and award-winning Designer with over 25 years of experience and who has always wanted to be an author. After 40 years, he will now be published in L. Ron Hubbard Presents Writers of the Future Volume 38 with his winning story, “Psychic Poker” under the pen name Lazarus Black.

Using expert skills in all manner of print and online media, Chernik has headed the creative departments for numerous agencies and corporations, including a Top 15 national advertising agency, a national retail chain, a national web development firm, a catalog retailer, and a retail goods manufacturer.

He has been an instructor of design software and skills in corporate training environments and continuing education facilities.

He has been a judge for the L. Ron Hubbard Illustrators of the Future Contest since 2016.

But what he wanted to be was an author.

When revealing that Lazarus Black, the pen name used to enter the Writers of the Future Contest, was, in fact, Illustrators of the Future Contest judge, Lazarus Chernik, Chernik stated, “I never wanted to be an artist. My mother was a Library Director. My father worshipped words. I created worlds and characters and sweeping epics as a child, but no one would read them. Discovering people would react within seconds to a picture, I made a career in art, animation, and advertising.”

When the judging came in announcing Lazarus Black as a winner and that Lazarus Black was Lazarus Chernik in reality, Contest Administrators confirmed this fell within Contest rules and regulations. Story judging is blind, based on merit alone, with judges only seeing the story and a number assigned to that story. 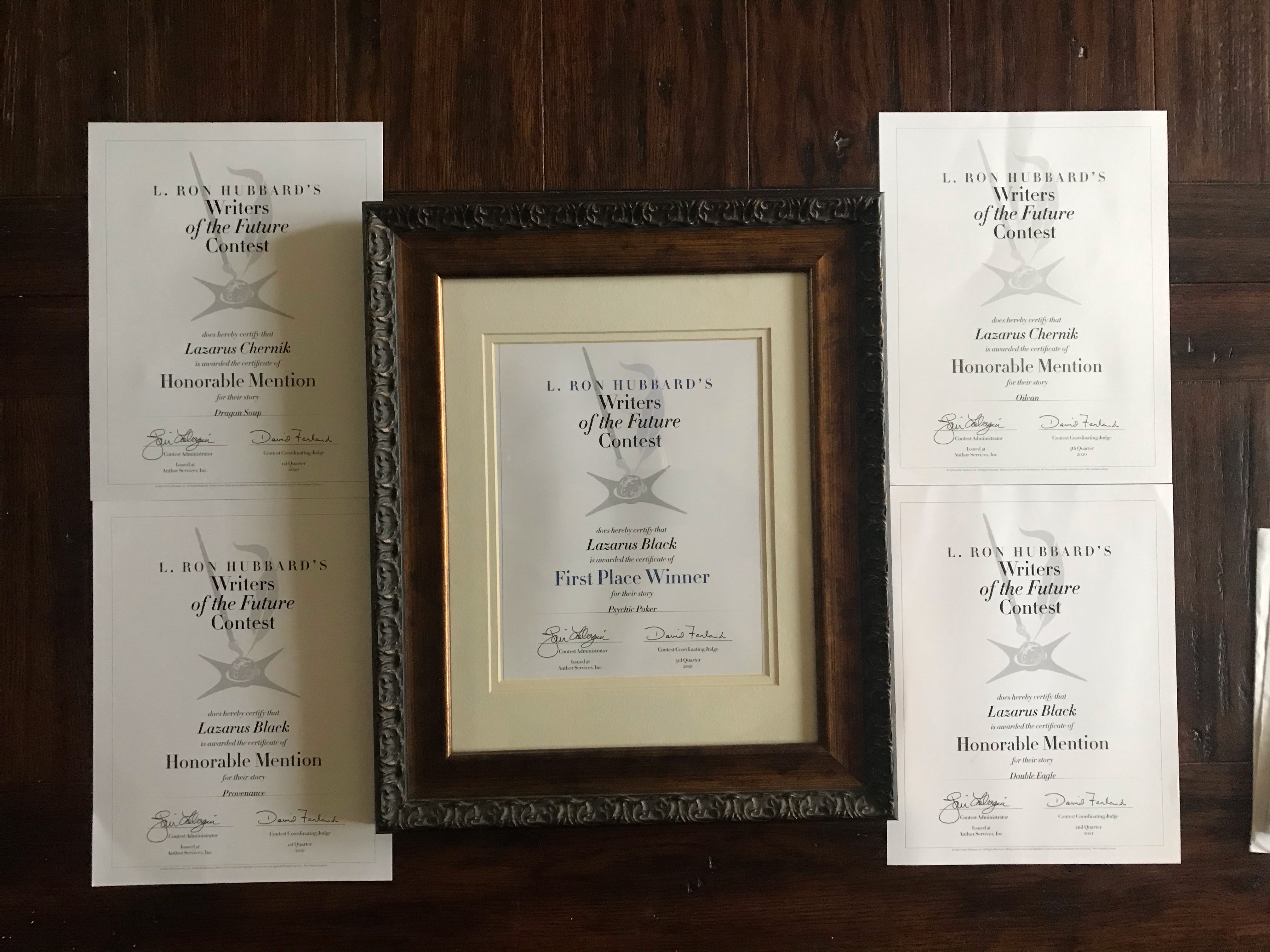 Honorable Mentions along with his 1st place win in the Writers of the Future Contest.

President Galaxy Press John Goodwin asked Black (Chernik) what had rekindled his earlier purpose to be a writer. He replied, “Meeting David Farland inspired me. I practiced like a mad man, writing over 400,000 words in 2020 alone. Submitting anonymously to WOTF for 2-1/2 years earned me six Honorable Mentions before winning.”

In the case of his winning story “Psychic Poker,” the story’s lead character Tyson doesn’t need to be psychic to know the invitation is a trap, but he can’t refuse a poker tournament with the highest stakes imaginable.

Chernik concluded, “I am humbled at the recognition because it’s been a 40-year journey to become a writer.”

About Writers of the Future

L. Ron Hubbard initiated the Writers of the Future Writing Contest in 1983 to provide “a means for new and budding writers to have a chance for their creative efforts to be seen and acknowledged.” Based on its success, its sister contest, Illustrators of the Future, was created five years later to provide that same opportunity for the aspiring artist.

The intensive mentoring process has proven very successful. The over 500 past winners and published finalists of the Writing Contest have published over 1,800 novels and nearly 6,200 short stories. In addition, they have produced 36 New York Times bestsellers, and their works have sold over 60 million copies.

For more information on Writers of the Future, visit www.writersofthefuture.com.

L. Ron Hubbard Honored as One of America’s Most Acclaimed Authors of the 20th...
Scroll to top