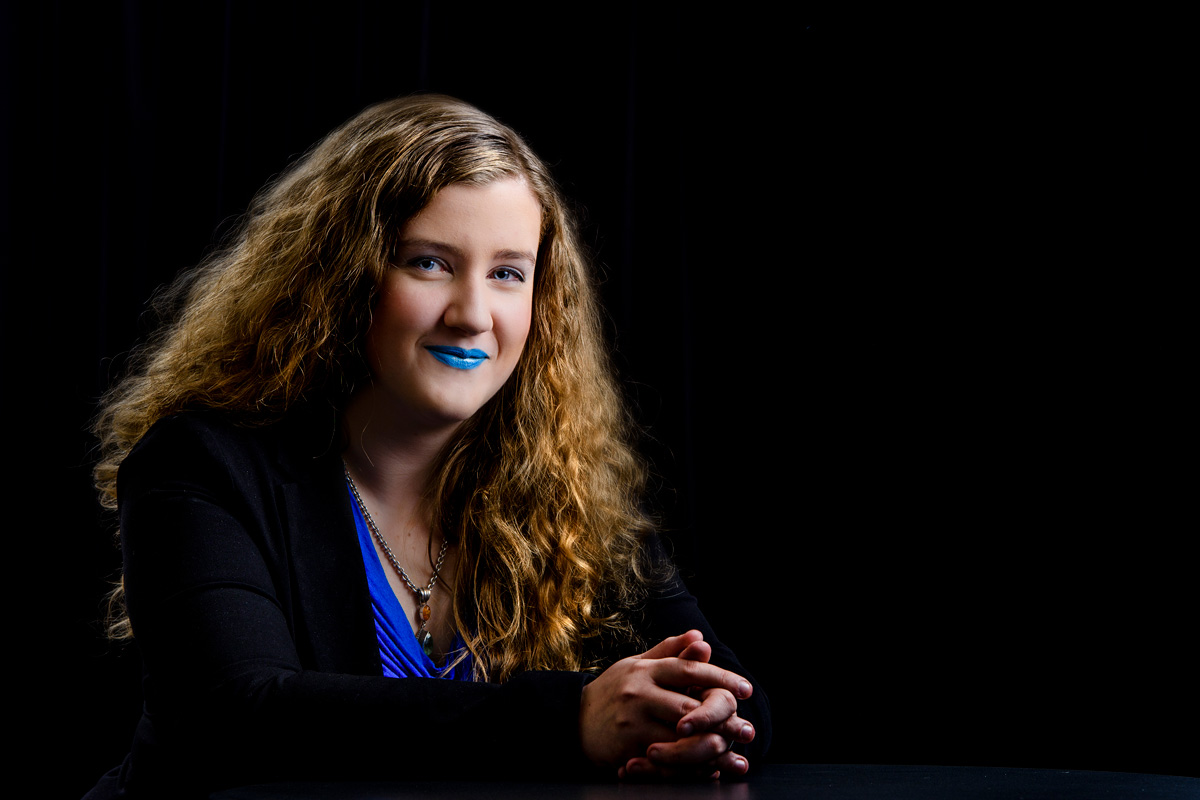 C.L. Kagmi is a woman in blue. Lipstick, that is.

“It’s part of the uniform anymore,” she told me when I asked about it. She wore the blue lipstick to an event, and it caused such a positive stir that her friends requested it at other events, and now if she shows up without it, her friends and fans are disappointed. “It’s kind of who I am,” she said.

If you do happen take advantage of a C.L. Kagmi sighting to strike up a conversation, the next thing you’ll notice is that this is a woman who can speak on a number of subjects with an innate sense of intelligence, which then makes it all the more natural when you learn she’s studied neuroscience and done clinical research. Now she’s a freelance non-fiction writer, branching out into science fiction (which was among her first loves). Research seems to fit her well.

Her story “The Drake Equation,” which is now published in the 33rd Annual volume of the Writers of the Future anthology, is a noteworthy piece of art that comes from all those places. The introduction to the story suggests that it’s an exploration of the famous equation that projects the possibility of the existence of intelligent alien species—which is true. But her story is much more than that. It’s an exploration of consciousness and humanity, with a point of view on what the future can bring for us.

This represents the second publication for C.L. Kagmi. Her first is a piece in Compelling SF #2 titled “Twiceborn.” It spawned the core of what has become her first novel. If you get the feeling Kagmi has some wind beneath her wings now, I think you’ve pretty much got it right. A conversation with her is filled with plans and subtle smiles. This is a woman who knows where she’s going. (“I want to move away from non-fiction soon,” she says at one point. “I like making my living with my writing, but I like fiction above everything else.”)

So, read “The Drake Equation,” and then go find “Twiceborn.” You’ll be seeing the first works of a woman who’s going to make a lot of interesting things happen inside the field.

And keep your eye out for the woman in blue lipstick, too. My guess is you’ll find she’s got a lot to say.

It’s going to be fun watching her say it.

If you are in the Southern California area, you can meet C.L. Kagmi along with Jake Marley, Golden Pen and grand prizewinner at the 2017 Writers of the Future Contest Awards event. Both will be there signing copies of Writers of the Future Volume 33 at the Barnes & Noble in Orange, on Saturday, April 15 between 4:00 and 6:00 pm. 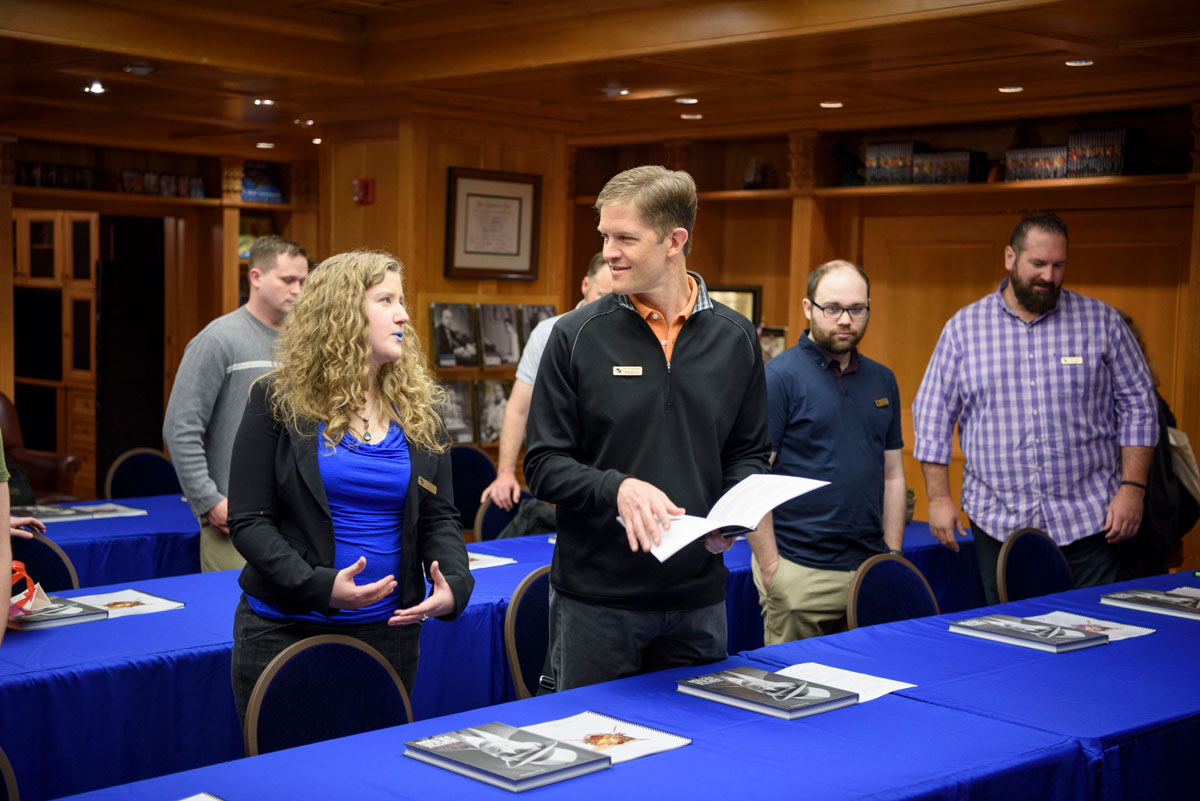 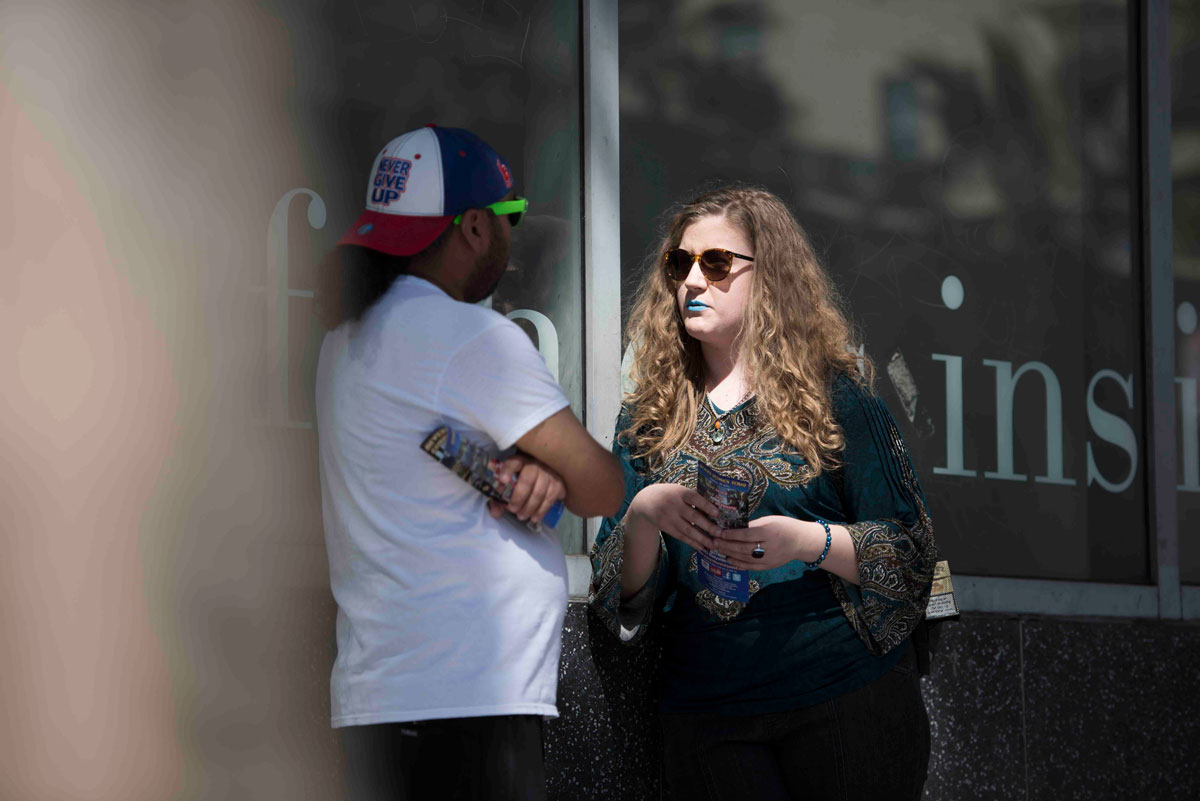 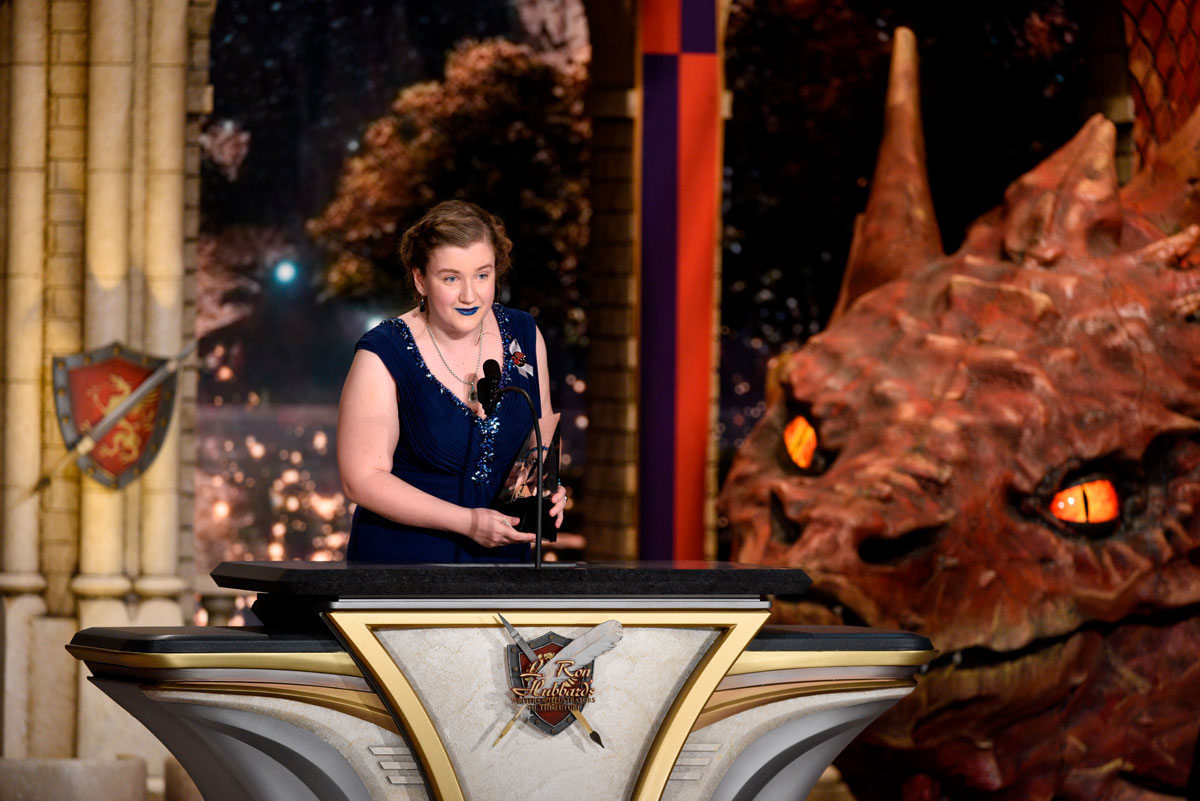 Ziporah Hildebrandt, author of “The Long Dizzy Down”
Scroll to top