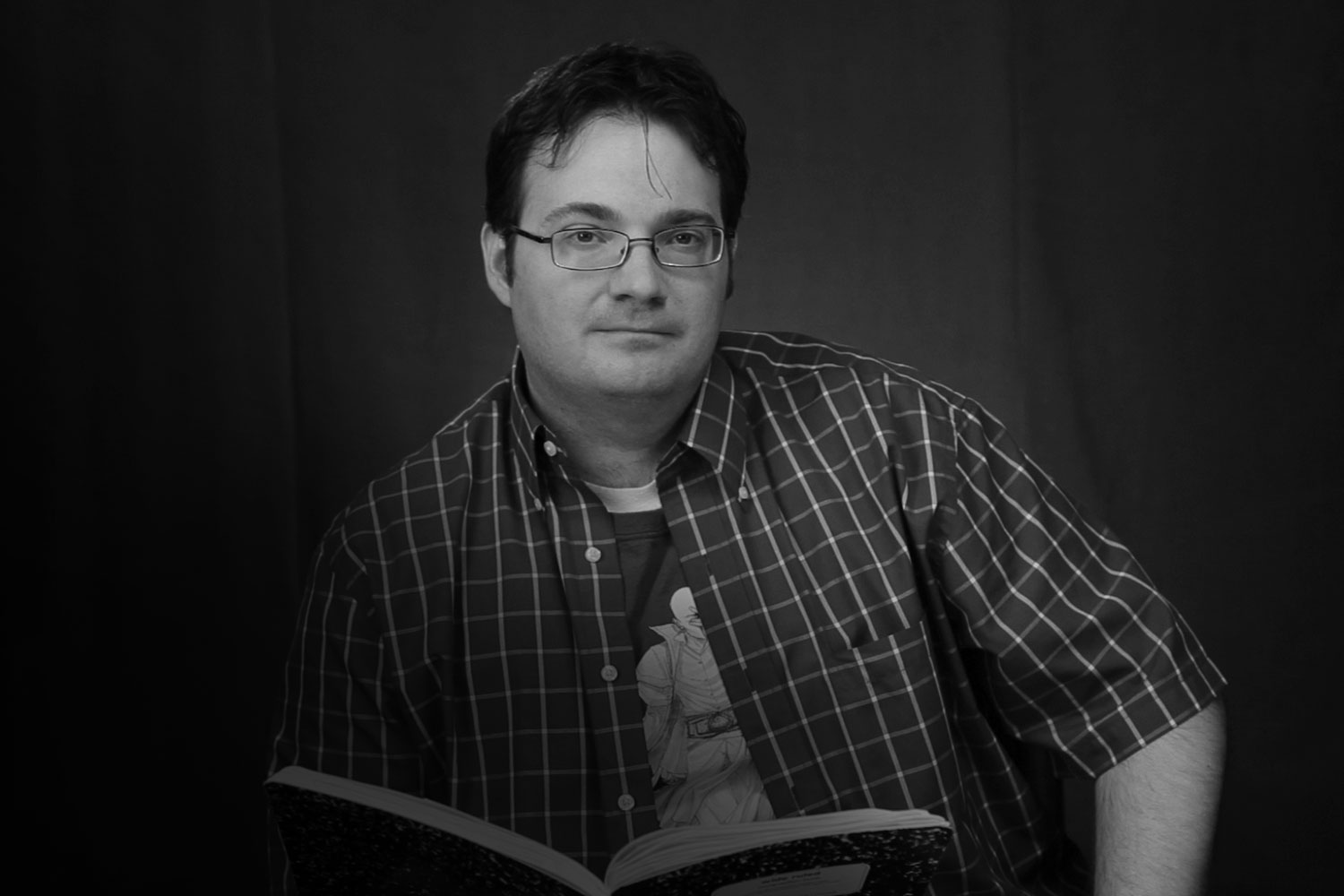 International best selling fantasy author, Brandon Sanderson, has now become a judge for the Writers of the Future contest. Following a Writers of the Future presentation at BYU, where Brandon teaches creative writing, he agreed to be a judge. Brandon had entered the Contest with one of the three short stories he had ever written, and was awarded Finalist. He soon disqualified himself from being able to enter the Contest due to professional sales.

In these photos, the Writers of the Future Creative Writers Program is being presented to Brandon and his class by the President of Galaxy Press, Mr. John Goodwin, directly following Brandon agreeing to be a Contest judge. 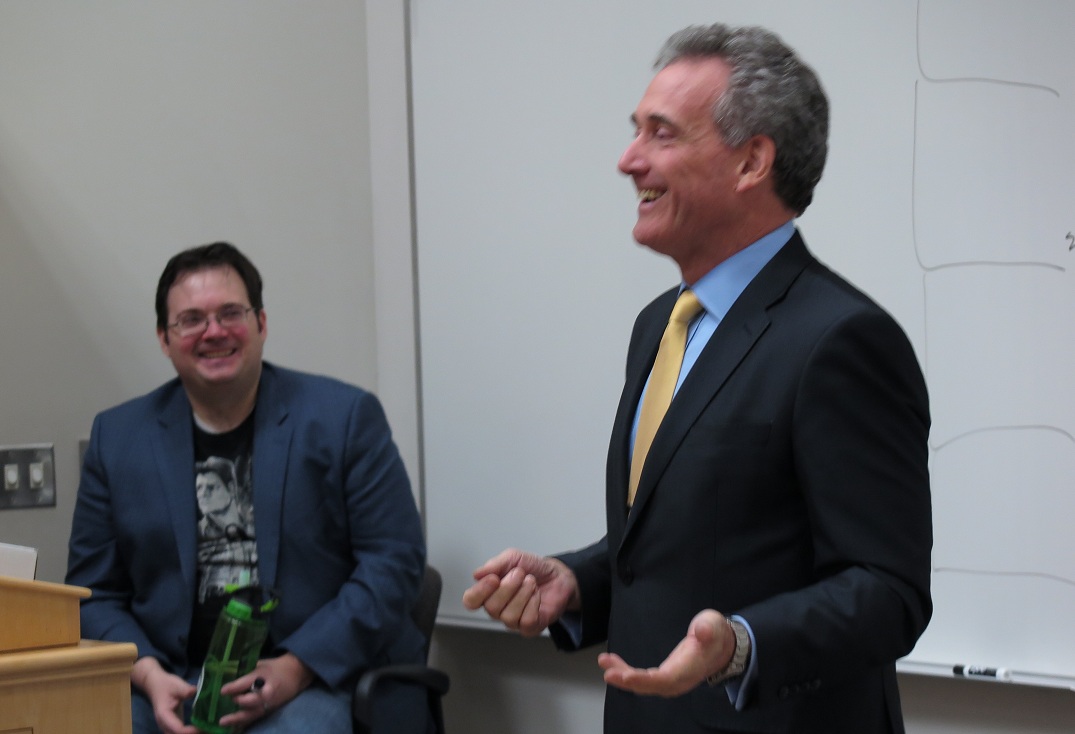 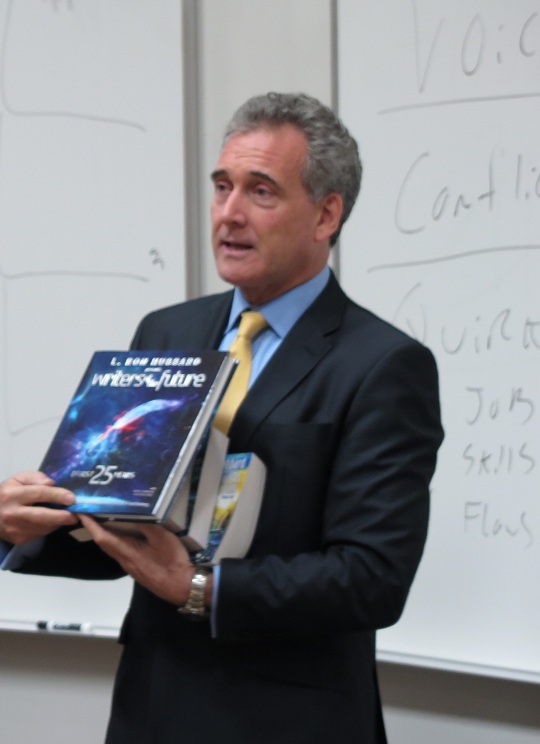