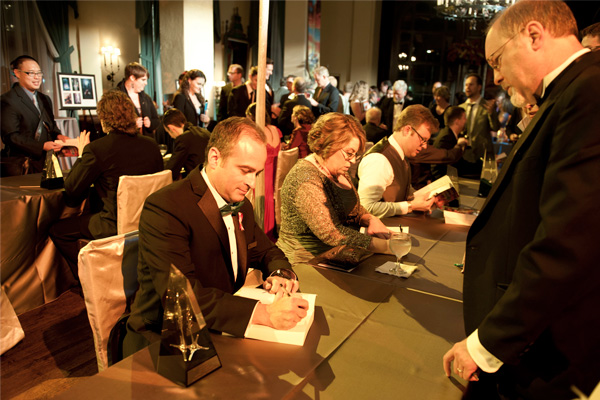 In addition to hosting the Writers and Illustrators of the Future winners who come to Los Angeles for the week-long workshop and awards celebration, I get to meet all these new and upcoming writers and artists.

Steve Pantazis is one of the writer winners for his story “Switch.” He said he got the inspiration for his short story from his novel, Godnet. Both are set in the same universe, but in “Switch” he created a separate microcosm that focuses on a finite set of events and a limited set of characters, unrelated to the novel. The subplot of his story links back to the one in Godnet, connecting the smaller story to the larger one through a future version of the Internet called the Mindnet.

I wanted to know what stood out for Steve in his story and he had this to say:

“I would like to feature the technology in the story—in particular, the Mindnet. The Mindnet allows you to browse, shop and communicate online using a revolutionary neural implant and a network connection—no computer, no phone, no tablet. Just your mind. I see it as the direction we are all headed. We’ve caught glimpses of it with Google Glass, Oculus Rift and Microsoft HoloLens. Fast forward, and you won’t need a pair of glasses to see an overlay of the digital world on top of the real world. It will come together seamlessly in a perfect brain-computer interface, and mark a paradigm shift for society. This is exciting stuff! There’s a sneak peek into the impact of what the Mindnet can hold for future generations when my protagonist shares with the reader his view on his four-year-old daughter, Caitlin: ‘My parents would laugh, recalling a time when a networked computer was a marvel. Now it’s the brain, and little Caitlyn will think of the Mindnet as I did of its predecessor [the Internet], and how she never knew a time before it existed.’ That’s the heart of my subplot, and a standout moment for me in the story.&dquo;

An intense action-packed story which you can read in Volume 31.

As with the other stories in the anthology, one of our Illustrators of the Future artist winners, Daniel Tyka, was assigned Steve’s story to do the illustration. 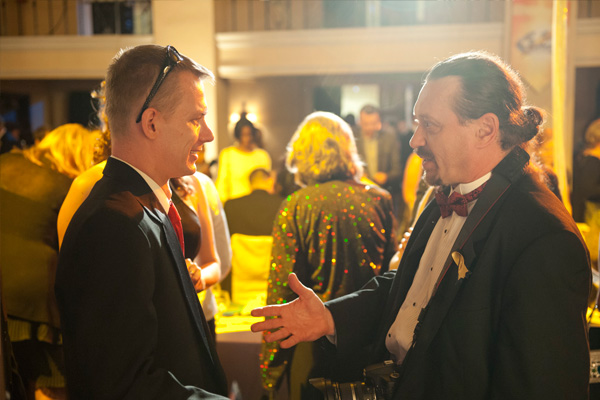 Daniel was born in Warsaw, Poland and was raised with the smell of paint as his father was a painter. In high school, Daniel loved art, but instead of art school, he followed a path into the financial industry where he lost nine years of his life trying to fit into the financial corporate life.

Luckily for us, Daniel changed course and is now a full time artist. At the Awards Celebration, he received a very special introduction by Illustrators of the Future judge and 1993 Golden Brush Award Winner, Sergey Poyarkov. You can see the video of both Steve and Daniel’s acceptance speeches here.

I overheard Steve and Daniel discussing a possible collaboration in the future. I would love to read and see more of their creative efforts.

Writers of the Future Volume 31 is releasing on International Star Wars Day. And so …

MAY THE 4TH BE WITH YOU