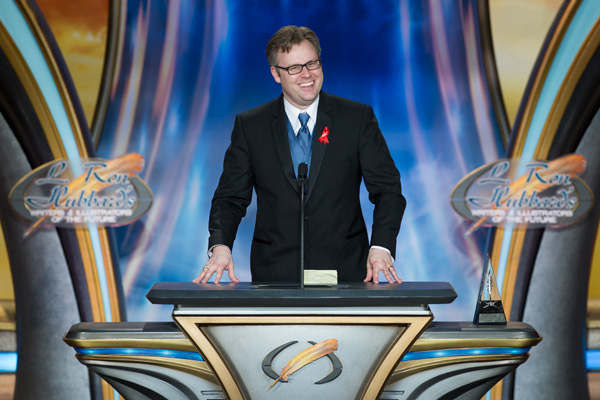 Today’s feature is on Auston Habershaw, one of the 13 winners in the newly released Writers of the Future Volume 31 published by Galaxy Press. Auston has a sense of humor—which is obvious to anyone who has read his blog or his award-winning story “A Revolutionary’s Guide to Practical Conjuration.” 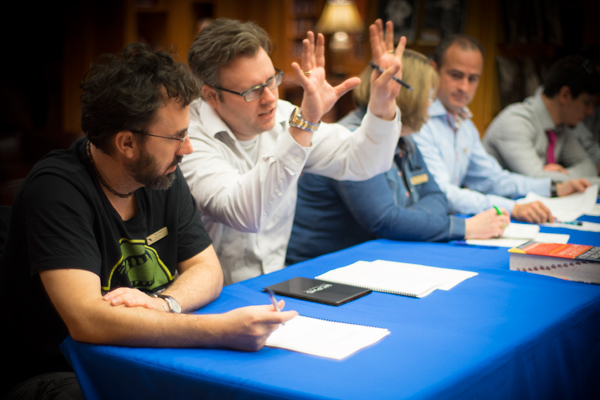 Tim Napper and Auston Habershaw at the Writers Workshop

His story is set in Illin, a “city of dark mysteries, dangerous secrets, and long nights.” Auston has conjured this city and even has a full treatise about it here. Once you start reading it, you are in Illin. How does Auston create such a believable setting? Well, here’s how he tells it:

“When I create a world (and I am always creating worlds, mind you), they begin as broad, historical narratives or epic mythology—they are unpopulated, as it were. I start with the big (How does magic work here? What are the dangers of this world? Who holds the power and why? What are the world’s religions and creation myths?) and narrow it down until I get so close that, suddenly, I find I need characters to have the place make any sense.”

The main character in the story is Abe. A good guy who is in big trouble—trouble in the form of magic. While reading Auston’s story, I got to the point where things didn’t look good for Abe—Abe and I were both in a literal (or literary, as the case may be) sweat—how was this going to end? The end, however, turned out to be a corker. As Auston puts it, “What’s interesting about the end of this story, though, is that I put the story down—trunked it, basically—for almost a year without an ending. I just couldn’t think of one. I’d painted Abe into such a corner that he was basically doomed (this, incidentally, was something Tim Powers told us was a good way to go, so, I was accidentally doing something right!). I had to put it down and walk away. When I (finally) came back, the end was as clear as day. Just goes to show you how fickle the imagination can be sometimes.”

As with our other winning writers, we assigned one of the winning Illustrators of the Future artists to do the art for the story. For Auston, the artist was Shuangjian Liu. 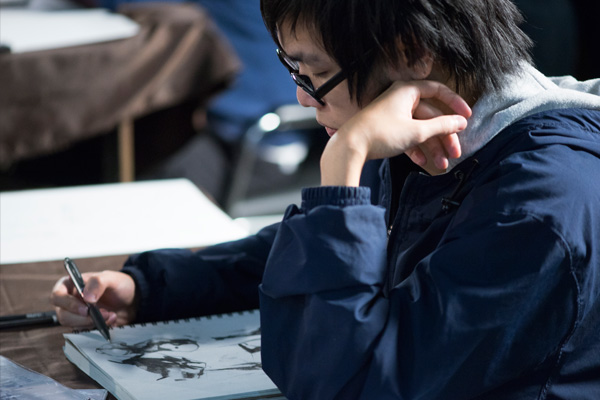 Shuangjian Liu sketching during the Illustrators of the Future Workshop

By way of background, Shuangjian was born in 1992 and raised in Guangzhou, China. At the age of eighteen he moved to California to attend college. He loved playing video games (played them a lot) and from this he gained an appreciation for the wonderful computer graphics in them. While in college he started to teach himself how to draw digital art and this lead to his his first freelance drawing job.

Shuangjian’s illustration provides a unique glimpse of the Undercity of Illin.

To enter the world of Illin, read the story and see the full-color art in the pages of Writers of the Future Volume 31.

Our congratulations also goes to Auston, whose first published novel, The Iron Ring: Part I of the Saga of the Redeemed, was recently released. Iron and Blood: Part II, is now available for pre-order (releases June 2, 2015).

Cliff Nielsen – A Life of Dreams
Scroll to top