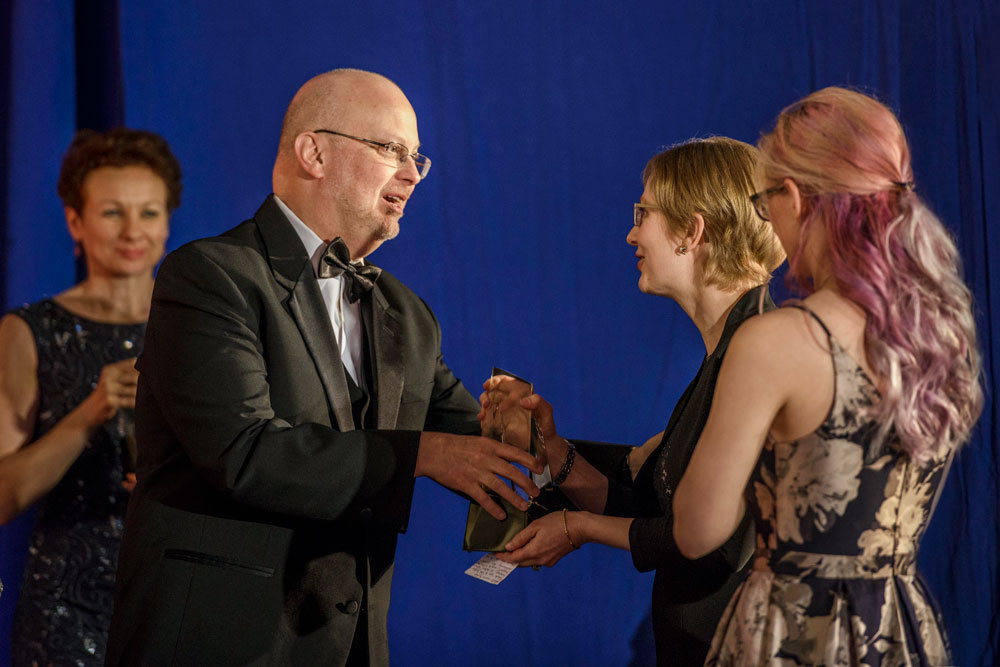 There is no doubt the influence of William Shakespeare on the English language and literature and that now includes science fiction.

Case in point is N.R.M. Roshak’s story “A Bitter Thing,” which takes its title from Shakespeare’s “As You Like It”:

“O, how bitter a thing it is to look into happiness through another man’s eyes.”

And in her story, the other man is an alien.

Roshak grew up reading her father’s extensive science fiction and fantasy collection from Asimov to Zelazny, but it was her degree in philosophy and math that put her on the route to speculative fiction.

In an interview with her hometown paper, the Centretown Buzz (Ottawa, Canada), Roshak explains how she came up with the idea for her story.

“I loved science, but even more, I loved imagining myself into alien points of view: what would it be like to be human-but-not or human-but-other? I had planned to study science at university until I read Thomas Nagel’s famous paper, ‘What Is It Like to Be a Bat?’ which argues that we can never know what it’s like to be a bat, only what it’s like to be a human having bat experiences. To a long-time imaginer of self-as-other, this was like waving a red flag in front of a bull. I plunged into the argument, only realizing once I held a philosophy and math degree that I greatly prefer imagining to arguing.”

To which she adds, “I may never know what it is like to be a bat, a telepath, or an alien; but there’s much to be learned in the imagining, to explore what it means to be human by imagining what it is to be partly or wholly inhuman.”

Her Journey With the Contest

Roshak first learned of the Contest from a fellow member of her writing group—Ken Liu, international bestselling author and a 2003 Writers of the Future winner published in volume 19. In fact, as the only members of their writing group, Roshak and Liu shared a special comaraderie as she explains in this interview talking about her story.

As a winner of L. Ron Hubbard’s Writers Contest, she has since attended both the Annual Celebration and the exclusive Writers Workshop. Now she is hitting the airwaves talking about her Hollywood experience including writing tips from the Workshop and the 3 rules of being a writer.

Read N.R.M. Roshak’s story “A Bitter Thing” to discover happiness as seen through the eye′s of an alien in L. Ron Hubbard Presents Writers of the Future Volume 34.

About “Illusion”
Scroll to top