Budrys’s Taos workshop was a test-bed for the instructional curriculum, which proved so successful it became the model for three decades of intensive, practical, world-renowned workshops. 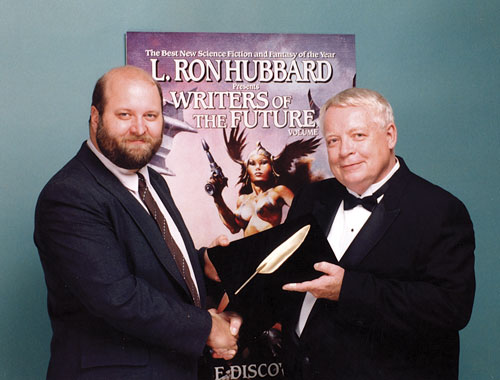 For the second year’s workshop, Budrys enlisted Tim Powers and Orson Scott Card to help teach the new writers. That year, one of their students was David Farland, who won the grand prize Golden Pen award. He has since become a bestselling author with more than fifty novels published. In 1991, in the true spirit of paying it forward, Budrys “passed the quill” to Farland, who became the Coordinating Judge for the Contest, although Budrys continued to help teach the workshop. In 2002 Tim Powers took over the duties of workshop instructor, partnered with K.D. Wentworth—another former Writers of the Future Contest winner who went on to publish numerous novels and short stories, and receive four Nebula nominations. K.D. also edited the annual anthology for four years until her passing in 2012, when David Farland resumed his role as Writers of the Future Contest Coordinating Judge, editor of the annual anthology and co-instructor of the workshop. 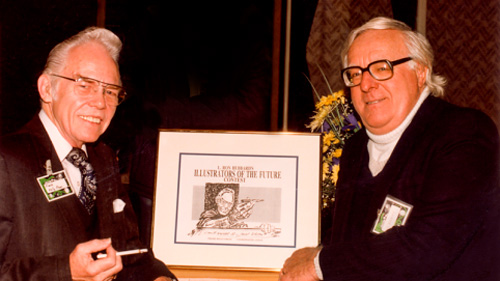 The workshops and awards ceremonies have taken place in such breathtaking settings as Seattle; Las Vegas; the World Trade Center and the United Nations building in New York; the National Archives and the Smithsonian in Washington, DC; the Johnson Space Center; the Kennedy Space Center; the Aerospace Museum in San Diego; Caltech; and Hollywood, California.

With each year, the workshops have become more in-depth, growing and changing with the publishing world. In addition to the core instructors, guest speakers from all aspects of the arts and publishing teach the Writers and Illustrators of the Future workshops. Illustrators learn not only the fundamental theories of art, but are exposed to the ever-evolving business side of visual arts. Writers learn about traditional publishing, along with cutting-edge methods that include web publishing and ebooks—opportunities that were not even conceived of when the Contests were first launched.

Winning the Writers of the Future or Illustrators of the Future Contest can put wings on an aspiring artist’s career. Editors, agents, publishers, and art directors all take note of the Contest winners. In the workshops, students form an interactive, self-supportive network, not only with the judges and guest speakers, but also among themselves. This tight network helps them build their careers and draw or write their way into the future. 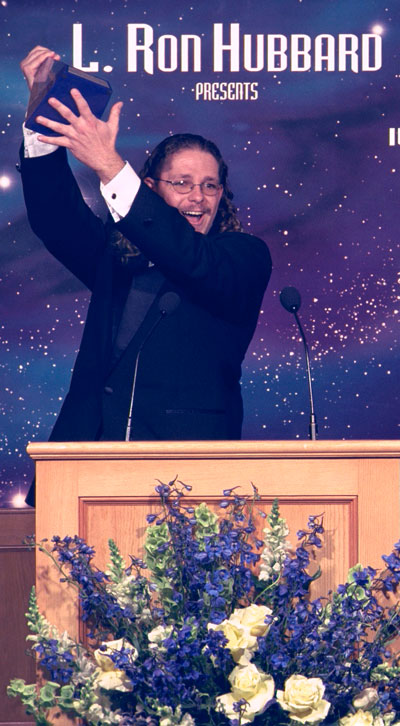 Through many years of encouraging new writers and artists, building careers, and nurturing creativity, these Contests have created an incredible legacy. Some of the early winners are now regarded as masters in their own right and are stepping up to become mentors themselves, teaching a new generation how to become Writers and Illustrators of the Future.

From a humble beginning on a small radio program in 1940, to the fulfillment of L. Ron Hubbard’s aspiration and vision in 1983, the Contests have grown into the most prestigious of their kind: competitions based on merit alone. Each year holds its own magic, its own wonder, its own discoveries.

“To me the impressive thing is not so much that L. Ron Hubbard chose this way to impart a lasting, fruitful legacy to the field in which he had done so much significant work. It is that he did it so well.”