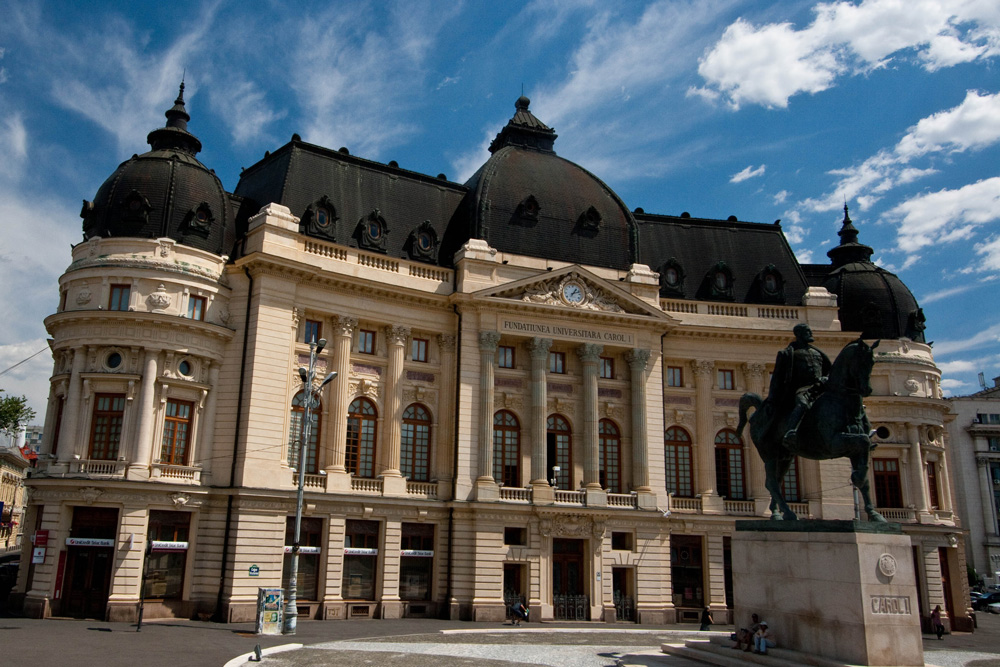 When I was told two years ago that I will receive an Honorable Mention at the most prestigious science fiction short story contest in the world, I got dumbfounded. For the first time in the last few years, I didn’t complain anymore that time passes too quickly. I was even afraid it will not pass at all, and I will remain like that, waiting for the next second to come. I needed such a moment for so long, I needed so much for something to happen! Something to motivate me to go on.

I didn’t know then, that during the next two years I was going to receive five Honorable Mentions and a Silver Mention. Nevertheless, what I’m going to tell you next, I had already known, so you will understand why I received all these honors.

I’m not American, no matter how much I tried to imagine I could be. I don’t write in English. I don’t even read the original works in English. Everything I’ve read so far were translations, which actually means I had never really truly read an Asimov or a Bradbury.

It is said that the translator is the lover who climbs on a silk rope to the bed-chamber of his beloved, makes her a baby and tricks the husband to thinks is his own. I think it’s very true.

That being said not only I had never really had a Clarke on my table, but I have no chance whatsoever to leave my story on the same table. My story is not all my own, it’s my translator’s also.

When I found out I was awarded the first Honorable Mention at Writers of the Future, I realized this was the first proof that I existed in America. Sort of a birth certificate.

I received many awards in Romania, thirty as I recall, and all made me happy, but this time it was different. For years I wanted to tell the world I existed. I needed a new beginning so much! Because it’s a beginning that empowers you with responsibility, motivates you and lifts you up.

In November 2018 I was announcing that my story, “The Meeting,” translated by Teodora Vidrean and Raluca Bălașa, was awarded the Honorable Mention at Writers of the Future. I was saying then, that this is the most important contest of the genre in the world, with thousands of stories entered each year. That it had (and always will have) prominent members of the jury: Mike Resnick (who in the meantime became a close friend of mine and he published my debut prose in the USA, in Galaxy’s Edge Magazine, a few days before his death), Nancy Kress, Nina Kiriki Hoffman, Frank Herbert (Dune!, exactly), Brandon Sanderson, Robert J. Sawyer, Orson Scott Card, Robert Silverberg, Roger Zelazny, Theodore Sturgeon, Larry Niven, Frederik Pohl, Kevin J. Anderson, Gregory Benford, Algis Budrys…

I said many important things about Writers of the Future during that time in the Romanian press. But here comes what’s most interesting.

From the start, I wanted to debut in USA with a short story. I’ve never even imagined I could begin with a novel, at a big publishing house, without an agent. I have seven published books in Romania, but I’ve never thought things will be simple across the ocean. Because I am lucky enough to also write short stories, I anticipated my steps differently.

I discovered Writers of the Future on the internet, searching for science fiction literature contests. I had found a lot of contests, many with negative reviews because they only seemed interested in the participation fee and nothing more.

I read about Writers of the Future and I was stunned. A contest with big prizes, no entry fee, with a spectacular Annual Awards Ceremony and exposure among the big editors and even movie producers.

But something different had the most significance to me. This contest showed me that the big sci-fi literature stars are ordinary human beings, who talk to you directly and treat you as their equal.

Writers of the Future does not only have the most amazing jury in the world, but also the perfect system of judging. According to the principle “sine ira et studio,” all stories are judged without knowing at all who the writer is. They all enter the contest without the author’s data. Every story has a number and nothing else. They don’t know if the author is male or female, what race he or she is, if they make politics or not, nor which nation they belong to. Nobody knows if the writer is a friend or an acquaintance to one of the members of the jury. David Farland, the Coordinating Judge, explains how, in the rare situations from the past when somebody from the jury recognized the author of a text (because he had read the story or because of the style of writing), then he refrained from judging. This way, the members of the jury can judge without fearing they could be showing favoritism and the story is what matters most.

Founded by L. Ron Hubbard, Writers of the Future is a contest that has been going on without interruption for 37 years. Five years after its debut, it was permanently accompanied by Illustrators of the Future.

The fact that all winners have confirmed their value is almost fascinating as if this contest could predict the future for real. I actually think it causes it. This contest causes things to happen, by the simple fact that awarding the best, it determines them to build a career, to truly become WRITERS OF THE FUTURE.

Here’s one example: my friend, William Ledbetter won this contest in 2012 with the story “The Rings of Mars.” In the next six years, he published in The Magazine of Fantasy and Science Fiction and in some other big magazines. In 2017 he received a Nebula Award, the Oscar of SF, as it is called. Bill, obviously has a lot of talent and he works very hard. But I’m also sure he took seriously the responsibility he received on his shoulders when he won Writers of the Future.

About what responsibility am I talking about? You will see.

I’ve never been to an Award Ceremony yet, but I can talk about what I had seen in documentaries, on YouTube, in articles and in interviews. This gala is the only one in the world that can rival the Oscars gala. The authors get phenomenal exposure, meetings with important people from the publishing and the movie industry, actors, film directors, producers, award-winning writers. It’s the dream that deserves dreaming about, it’s the reality worth facing reality for. It’s the true motivation to write. Any writer who hasn’t been there yet will exclaim: “I want to win this contest, I want to enter this contest, I want to write better!”

The stories come from almost two hundred countries, and the winners are from all continents. However, Writers of the Future, as David Farland the Director of the Contest says, “It’s not about finding winners, it’s about creating winners.” One of the main goals of the contest is to inspire new writers. Mr. Farland, with each edition, sends lots of letters of encouragement to the most deserving participants. And we developed a very good relationship. I, personally, have exchanged beautiful e-mails with Joni Labaqui, Writers of the Future Contest Director.

The contest may be entered quarterly, every three months, with top three prizes each time, $1000, $750, and $500. The winners are invited to the annual awards gala, where the “Golden Pen Award” winner is announced, the big prize coming with an additional $5,000. Besides, all winners of that year will be published in an anthology (which already reached volume 37), for which the writers receive additional compensation for publication rights, according to the story length.

Nevertheless, as I have said before, it’s not all about money. Each year, the winners are invited to a “Workshop for new winners” where David Farland, Tim Powers, Orson Scott Card, and many more show the new-comers how they can transform a hobby into a full-time writing carrier. How they can generate strong ideas that can become even more powerful stories, and then how they can find the best marketplace for those stories.

The Annual Awards Ceremony banquet is fabulous, streamed online all over the world.

It’s an event carefully planned by a whole lot of specialists, who pay attention to every little detail. Every guest–winners, celebrities, presenters, actors, stars of the publishing industry and movie producers–is taken from the airport and checked into a luxury hotel where they get all the attention possible.

The planning is so well-coordinated that they take into account even if somebody is following a certain diet, if somebody has specific conditions or certain habits. And this happens under the circumstances that guests are coming from all over the world. The plane tickets, the hotel, the meals, the festive dinner from the Awards Ceremony are all paid expenses. If there is a problem, let’s say somebody has lost the luggage at the airport, has lost his suit or has eaten too much and the shirt doesn’t fit anymore … the organizers can also fix this. Because it’s a black-tie gala, Author Services and Galaxy Press take care of such things too.

I read dozens of articles where the twelve winners from each year were talking about how they had been treated as royals. It’s a genius psychological method. Being treated for a few days like a star can make you become addicted to success for life, can make you work hard to become better and better, and to always aim for success.

David Farland is revealing yet another secret. The founder of the contest, L. Ron Hubbard, has spoken from the beginning about the fact that artists must inspire society, and Hubbard’s philosophy always was that every story must have a solution.

In every story there is a character who has a problem, a conflict or a goal, and a good writer can always determine how to help into finding a solution for this problem, may it be about a conflict with society, with nature, or with himself. In a good story, that’s precisely what makes an artist stand out, he always manages to come up with a solution. The best stories are those that show how humanity can outrun itself.

This is the true spirit of the contest; the message Hubbard has left us as his legacy.

Personally, I would take the idea even further. I think heroes must solve problems … problems only writers can foresee. This way, we prepare the world for what’s to come. We constantly did it in the last one hundred years, always inventing tomorrow.

Because inventing unique situations, we anticipate them. Then, we come up with solutions to solve them.

It’s the only way we can forever have a future. 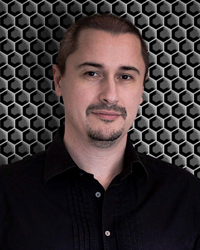 The Article in Romanian

Over 4,000 Writers From Over 100 Countries Have Turned to the Writers of the...
Scroll to top