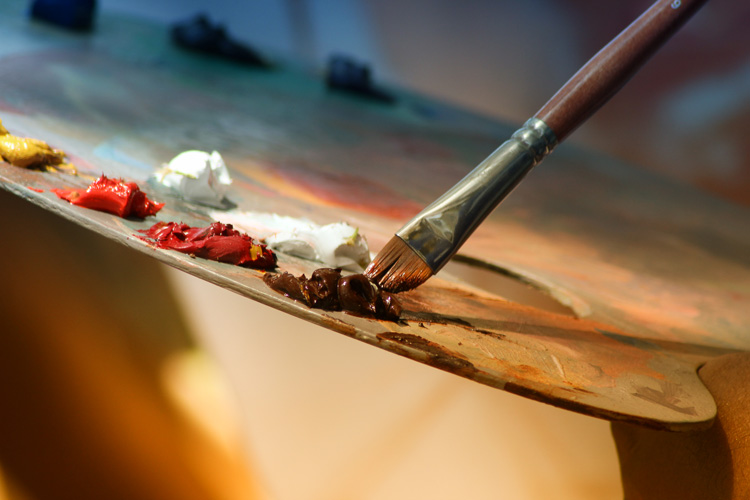 What in the dickens can I possibly say about creating a good illustration? “Draw well!”

Heck, every illustrator knows the importance of good craftmanship. “Design and compose well!”

But again, doesn’t every illustrator realize the importance of good composition?

At this point, however, I must sadly admit that, no … every illustrator does not fully understand or appreciate the vital need for good basic design and composition. This conclusion is based pretty much upon experience gained from judging the works of new artists. Not infrequently I find average or fair illustrations that, with a little effort and a little more work spent on designing and composing, could very well have produced some darned good or even great illustrations. This saddens me, because I know these young people worked hard and long on the finished products. Sometimes, too hard, to the point of overworking and noodling the finish.

Now, even before the design and composition, you should start with a good idea. This you gain from reading and studying the manuscript. Please, my dear friends, read that manuscript, and I mean read it, and then read it again, until you ferret out the best and most dynamic picture idea that story has to offer. Quite often, but not always, that idea will come from that part of the manuscript describing the most action. But portraits of aliens and alien landscapes or cityscapes offer a few of the other possibilities.

A good story always provides many excellent picture possibilities. If the story is not all that good, finding that idea may be a bit tougher to come by. In a few cases, fortunately very few, finding an idea may be nearly impossible. At these times, you will have to study and work hard to develop that idea and make a good picture.

Whatever you are presented with—good, bad, or indifferent—it is your responsibility to produce the most dynamic illustration possible. The late, great comedian George Gobel once quipped that you cannot make a silk purse from a sow’s ear unless, of course, you start with a silk sow’s ear. For the illustrator, his “silk sow’s ear” is a good basic design based on a good idea.

To sum up what I have tried to put forth—before you ever lay a pen or a brush to that final finished picture, make sure you have made every effort to develop the best picture idea you possibly can. Then, devote the necessary time and effort to create the most dramatic design and composition you are capable of. If you will do these things well, I can assure you that making that “silk purse” will not only come a bit easier, but it will be a much lovelier “silk purse” for the effort.

On Noodling the Design…

Now, I should like to delve into something I only touched upon earlier. I mentioned overworking or the noodling of a picture. This has been one pitfall that I come across far too often when judging. I have seen what must have taken endless hours of very hard work spent on intricate, detailed pen work literally scattered across the whole darned picture area. Now, when properly designed, this is a perfectly legitimate handling and technique.

What many of the artists failed to do, however, was focus all of this marvelous penmanship and work to a recognizable center of interest. The tragic result is that an illustration so done will often fail to engage or hold the interest of the reader. At times, I have had to study such a picture long and hard to determine its meaning, and this should never be necessary.

On the Use of Black…

There is one more grievance I have come upon at times. It is the indiscriminate use of black. This abuse seems to manifest itself most often in pen-and-ink drawings. The color black can be a most powerful tool when properly designed and used wisely and purposely within the composition. Frequently, however, I find black ink used as a quick and easy way to cover space that should have been carefully rendered with some other value. When I come across an entry where black ink has been used merely to cover space on an illustration board, it does not receive very high marks from me.

On the Duties of an Illustrator…

About here it might be wise if I attempted to define the principal responsibilities of an illustrator. It is really not all that difficult to define. It is, however, sometimes very difficult to do. Your main job as a book, magazine cover, or story illustrator is to engage and grab the interest of the reader. To make him want to read that book or story—that’s it!

If your picture is a marvel in most all other respects yet fails to capture the reader, it fails as an illustration.

Perhaps I could pass along just a few suggestions that might help you develop illustrations that will grab an audience. In the broad interpretation, presence and believability are most important. For example, imagine that you are confronted with rendering an alien landscape—a common occurrence in science fiction. Give that landscape all the depth and dimension you can. Develop a composition designed to lead the eye into the picture. Good use and careful selection of values are also vital to this end. Your goal is to create a picture that will make the reader feel he can walk into the illustration and, hopefully, into the story.

Another frequent problem you will find in illustrating a science fiction story is that of creating alien beings. The challenge here is to make these figures believable, no matter how far out the author’s description is—and they do get far-out!

If the alien happens to possess human-like intellect, it will create an even greater challenge. In this case, eyes—well-drawn, expressive, and compelling … may help considerably to solve the problem of creating an alien figure that will appear intelligent and, most of all, believable. The little alien ET in the movie was very believable, and the handling of the eyes contributed greatly to that believability. Another example of good eyes comes from the Australian koala. By looking into the eyes of those little fellows, one can almost believe they have the solution to every problem in the world. They don’t, of course, but they look that way, and that’s the quality I like to see in the rendering of sci-fi aliens. Now, these suggestions are but a couple of my ways to solve these problems. Others may have better solutions, but whatever way you choose—make it believable.

Before ending this article, I would like to make a few explanations which might help lend a bit of credibility to my criticisms. Over the past 40 years of illustrating, without exception, I have fallen into every single shortcoming and pitfall I have described and tried to analyze in this article. I have experienced the very same problems, setbacks, defeats, victories, and joys that every one of you has experienced, or will experience.

The same criticisms I have made when judging and have presented here, have also been leveled at my work. At first, these criticisms hurt a bit. But when the miff wore off, I came to realize that these were constructive criticisms presented by knowledgeable people, and I began to appreciate them.

I most dearly hope that those of you whose work I felt needed this sort of criticism will accept it in the same way.

As always, I wish each and every one of you the best of good fortune and success. I urge you to keep working and trying to give it everything you’ve got. I don’t think any of you will ever regret having made the good effort.

This article with advice to artists by H.R. Van Dongen was originally published in L. Ron Hubbard Presents Writers of the Future Volume X. 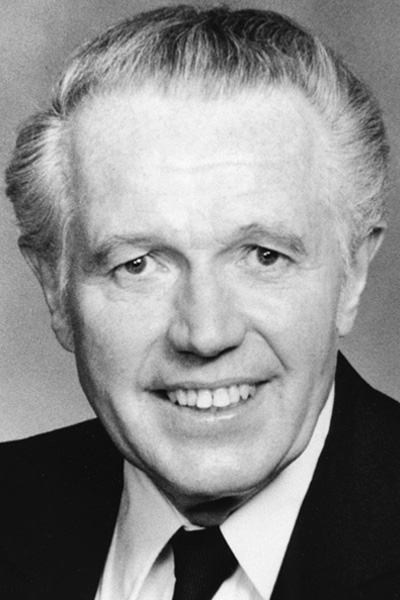 H.R. Van Dongen was one of the premiere illustrators for Astounding magazine, and over the years illustrated numerous magazines and book covers.

Mr. Van Dongen was often recognized for his ability to read a story and then extract the precise meaning of the author’s intent and convey it through pictures.