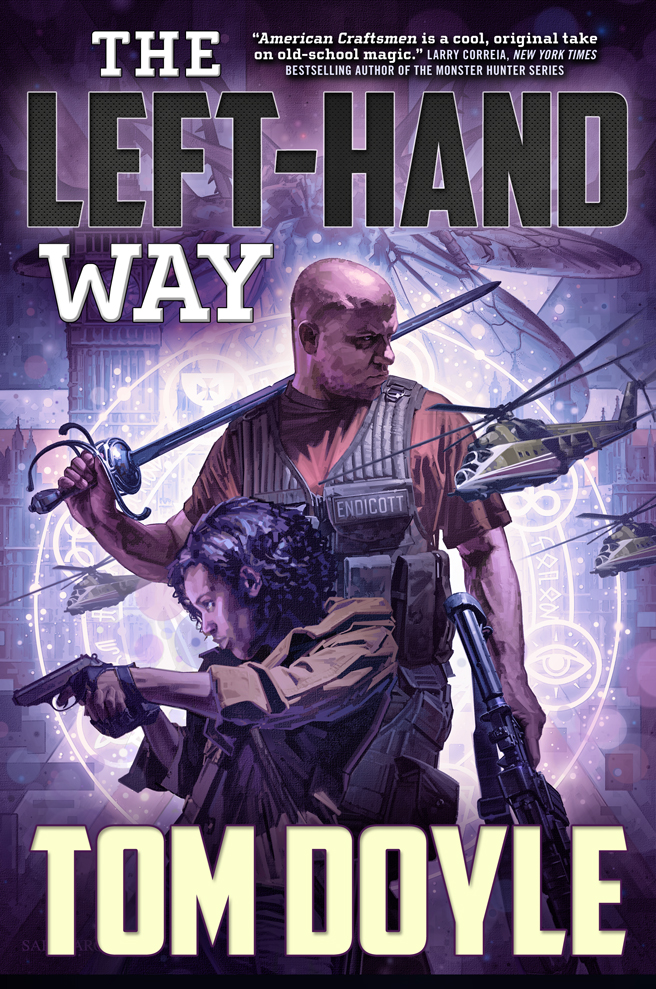 Tom Doyle announced that he will see his second novel, in the “American Craftsmen” series published with Tor later this year, “The Left-Hand Way.”

Doyle was a 2012 winner, published in the annual anthology L. Ron Hubbard Presents Writers of the Future, Volume XXVIII with his short story, “While Ireland Holds These Graves.”

Within a year after being published in the Writers of the Future volume, Doyle had his contract with Tor.

“American Craftsman” series takes place in modern America, where two soldiers will fight their way through the magical legacies of Poe and Hawthorne to destroy an undying evil — if they don’t kill each other first.

“Other authors have blended soldiering and sorcery, but few have brought Doyle’s well-crafted prose style, carefully paced plotting, and depth of characterization to the trope. The gradual revelation of the intricate ‘secret history’ behind the spell-wielding soldiers and the long-simmering family feuds intertwined with that history add intrigue and depth to the slam-bang action of the opening chapters.” – Library Journal

Author Brandon Sanderson Joins the Ranks as Writers of the Future Contest J...